Who said you couldn’t put Humpty-Dumpty back together again? Several day’s worth  of hard work later, the Suite has emerged with its new coat of paper, remarkably transformed, looking for the first time in over a century very nearly like a Victorian room: 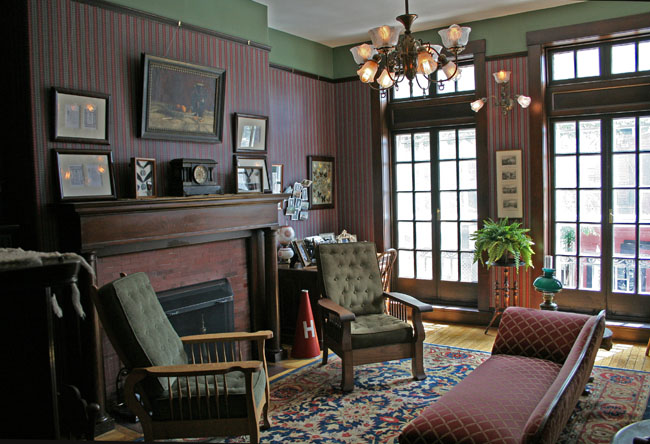 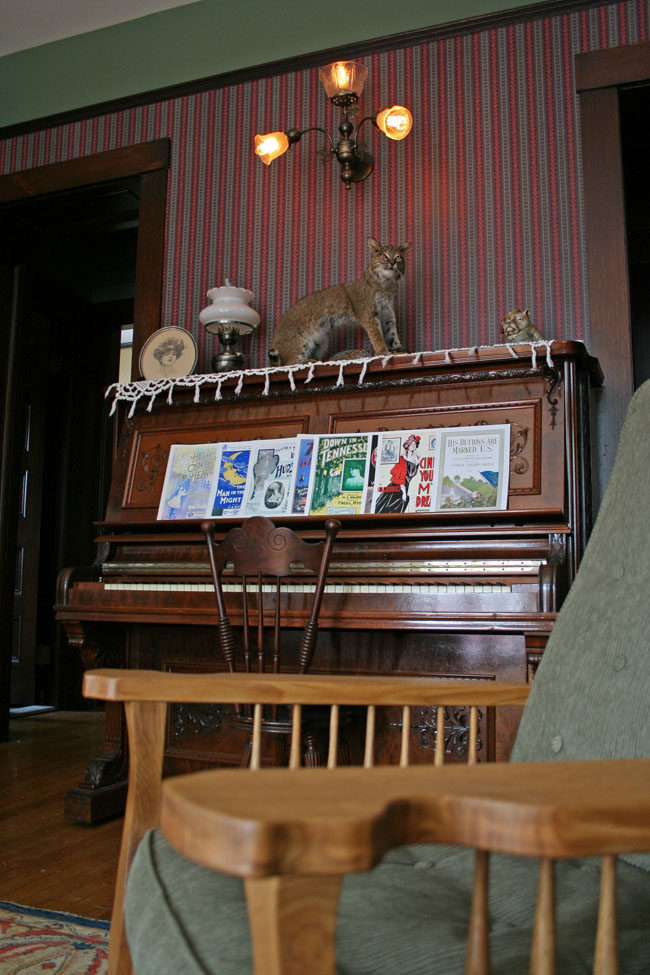 Our piano, festooned with period tunes. That's Johnny the bobcat, by the way, our mascot; beneath his sharp claws poor old Eli the quail is down for the count 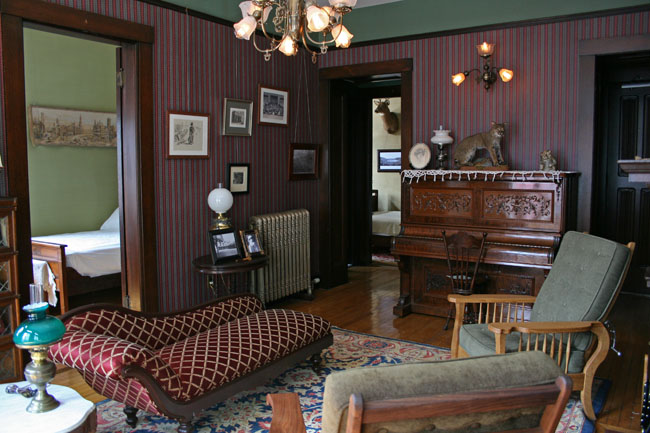 The study looking north; FDR's bedroom on the left, Lathrop's center. You can just glimpse "George," Lathrop's eight-point buck through the door, named by Judith Palfrey, our master, after our Foundation's dear Father George. "The white collar says it all." Amen to that. 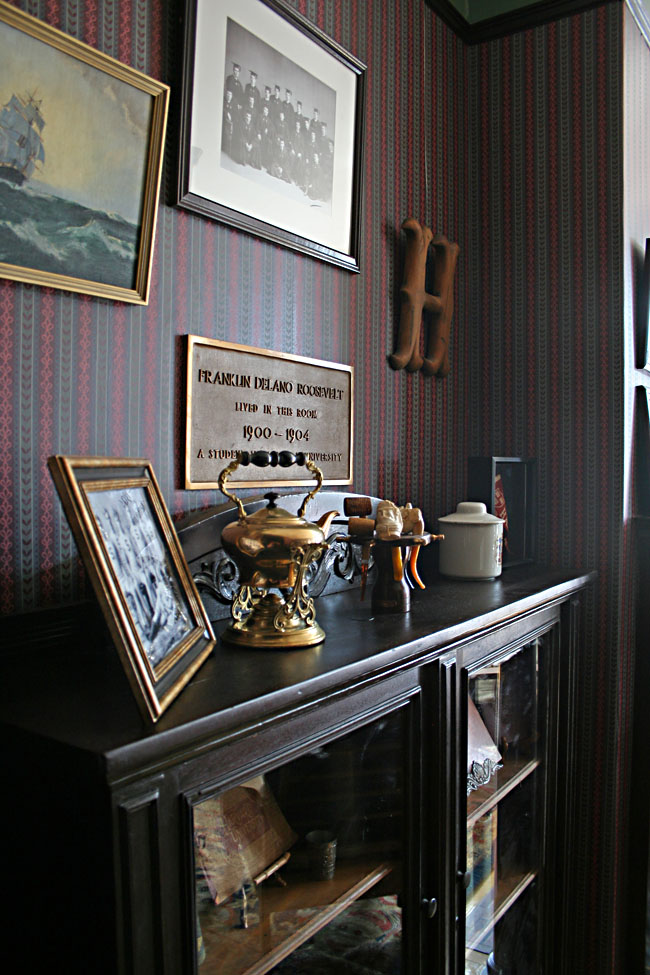 Lest we forget: the Suite this past February, and the same view this afternoon, August 6, 2010.

What’s next? Window treatments, and – hopefully – more generous contributions from our friends and supporters, as our coffers are again growing bare…

2 comments on “All the King’s Horses…”