“Advice columnist” is not a role that is usually listed under Eleanor Roosevelt’s long list of achievements, but for over 20 years she wrote a popular write-in column, first for Ladies Home Journal and then McCall’s magazine.

Roosevelt wasn’t especially witty or psychologically acute in the role; unlike many of today’s inspirational “life coaches,” Roosevelt didn’t invite her readers to accompany her on extended journeys of introspection.

Indeed, when a questioner wrote in 1944 asking what the president said to her when he proposed, Roosevelt firmly drew the curtains over that intimate subject by replying,

Every year, thousands of visitors tour the Eleanor Roosevelt National Historic Site in Hyde Park, the home of the former United States first lady. Two decades prior to its conversion into a residence the building served as the factory for Val-Kill Industries, a furniture manufacturing business opened by Roosevelt and three partners.

Future U.S. President Franklin D. Roosevelt purchased property that would eventually become Val-Kill in 1911. The family initially used the site for picnics and a respite from the constant activity at their Springwood estate.

It was at one of the picnics that the concept of creating small industries to benefit local farmers during winter months and economic downturns was discussed. 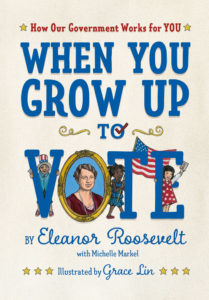 Donald Trump has repeatedly complained that no one is investigating the people investigating him, and that no one is trying to jail his political enemies. On Sept. 10, national security adviser John Bolton did his boss one better. Rather than whining, he threatened. In a speech to the Federalist Society attacking the legitimacy of the International Criminal Court, Bolton said:

We will ban its judges and prosecutors from entering the United States. We will sanction their funds in the U.S. financial system, and we will prosecute them in the U.S. criminal system. We will do the same for any company or state that assists an ICC investigation of Americans.

There’s nothing new in Bolton’s hostility to the ICC. He’s mentioned it many times before. He previously waged war against it as a top official in the George W. Bush administration, and was rewarded with appointment as Bush’s UN ambassador. But there is something new in the scope of havoc his hostility could bring. As a New York Times headline put it, “U.S. Attack on I.C.C. Is Seen as Bolstering World’s Despots.”

What is “democratic socialism” in contemporary America? In November 2015, with the Iowa caucuses on the horizon, Bernie Sanders finally tackled the question head-on in a much-publicized speech at Georgetown University. Democratic socialism, he told his audience, is what Franklin Roosevelt’s New Deal did. FDR’s unfinished vision of a second bill of rights, an “economic bill of rights,” “is my vision today,” Sanders remarked.

Now, two and a half years later, Alexandria Ocasio-Cortez has vaulted onto the national political scene on a platform that sounds unmistakably familiar to students of American liberalism: Medicare for all, a job guarantee, housing programs, a new Glass-Steagall Act, and a green . . . New Deal. Democratic socialism, apparently, is less Eugene V. Debs than it is a more successful Harry Truman.

Henry Morgenthau III, a TV producer and documentarian who helped shape public television in its early days and provided a forum for the nation’s civil rights conversation in the 1960s, died July 11 at a retirement community in Washington. He was 101.

The cause was complications from aortic stenosis, his daughter Sarah Morgenthau said.

A scion of a prominent German-Jewish family, Mr. Morgenthau was a son of President Franklin D. Roosevelt’s treasury secretary, a grandson of the U.S. ambassador to the Ottoman Empire under President Woodrow Wilson, the older brother of former Manhattan district attorney Robert M. Morgenthau, and a cousin of Pulitzer Prize-winning author Barbara W. Tuchman.