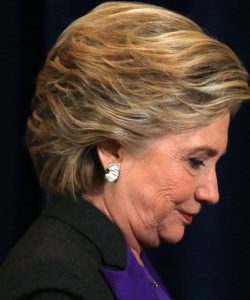 As a boy growing up in Wisconsin, I was blessed with a wonderful grandfather, who, after my parents divorced, was more like a father to me. Grandpa had risen through the ranks to become a labor union president, and was eventually tapped by the Department of State to help resolve conflicts around the world before they became entry points to communism. Needless to say, Grandpa was a very effective negotiator, but more than that, he was a keen observer, and a listener. He taught me that to close a deal it was hugely important to understand and empathize with your opposition, and that the way to get what you wanted was to acknowledge what the other side needed, and to find the middle ground to make that happen. He taught me another hugely valuable lesson, too: When a deal goes south, the very first thing you do is ask: what did I do wrong? No blaming the other side. What did you do to make this fail?

Since the election, I have heard from many of my friends and colleagues, and being a rather Democratic group (with a big D) they are upset, to say the least, with Donald Trump’s ascension to the presidency. And there is much to be upset about, if the hatred and bigotry and misogyny demonstrated during the campaign indeed transfer into the White House. But putting aside all that for a moment, I think we should follow my grandfather’s advice and ask “what did I (we) do wrong?” What did those who supported Hillary Clinton do wrong?

First off, there was an element of hubris on the Democratic side that was visible from the beginning if you looked for it. The fact is that Hillary Clinton — initially presented by the Party leadership as something akin to an uncrowned anointed —was in reality a badly damaged candidate who in a normal election against a normal Republican probably would have lost. But given the eventual 2016 Republican nominee, we simply presumed that no one in their right mind would vote for Donald Trump, and the very real problems of a Clinton candidacy could be smoothed over just like wrinkle lines with the right face cream.

Well guess what: this kind of wishful makeup make-believe was perfectly obvious to anyone who wasn’t wearing rose-colored Party-supplied glasses, and those who saw through the ruse resented this top-down condescending subterfuge, and they voted for Trump. The people who thought Hillary was inherently dishonest (which we chose to overlook) voted for Trump. The people who saw the Clintons as seeing themselves above the law (which we tried to explain away) voted for Trump.  And the millennials, who felt that Hillary’s message was 20 years out-of-date and didn’t address issues that they cared about, like poverty (barely mentioned) climate (never mentioned) and a stratified wealth system stacked against them (which Wall-Street Clinton was part of) didn’t vote for Trump, but didn’t vote for Hillary either.

I think it’s telling that Clinton never once came to my home state of Wisconsin. It’s something of an oddball place, with a conservative (and poor) northern portion and a more affluent southern section, dominated by Madison (a university town) and Milwaukee, a former industrial center that has recently seen considerable unemployment and racial unrest. What unites Wisconsinites is that they are some of the friendliest, most welcoming people in America. They are good people, honest people, who work hard for their families, care about their kids, do the best they can to get by. Yes, politically they are diverse, with widely ranging views on everything from gun control to women’s reproductive rights, but by and large, they are the kind of people you wouldn’t mind as your neighbors. In the primaries, Madison was, as you might expect, a Bernie Sanders town. Milwaukee, with its large minority populations, was a Clinton kind of place. But the rest of the state was more or less up for grabs, with people still uneasy from the Great Recession and worried what their financial futures would hold.

So given this unease, what was Hillary’s message for Wisconsin? (From afar, that is.) Distilled through the speeches, the debates, and the slogan-filled sound bytes, it was pretty much: “Any fool can see you’ll be better off with me than with him.” Trump however, came to Wisconsin, spoke directly to the crowds there, told them he felt their pain, and would help them “Make American Great Again.” As one small town mayor reported from a similar rally in a depressed area of Pennsylvania: “I don’t know if he can do what he says, but at least he knows we’re here.” Hillary, in contrast, spent much of the month of August in wealthy summer enclaves of the East Coast where a single picture of you with the candidate set you back 10K. (Cher however, was a bargain at 5.)

If there is one thing I learned from my grandfather all those years ago, it was this: if you want people to do something for you, say, elect you to office, don’t talk down to them, and don’t ignore what they have to say because you think you know better. The Clinton campaign obviously didn’t get that memo, and the “basket of deplorables” rose up and struck back. And it wasn’t just the Republicans, either. While registered Republicans largely held their nose and stayed with the Donald, in several of the swing states 40 percent of registered Democrats voted Trump for president.

So I have a recommendation (also via my grandfather) for all the people who feel hurt and demoralized today: get off your buns and start working right now for 2020. Find (or become) a candidate that listens to the “flyover zone” and is not merely bi-coastal. We need a presidential candidate who is HONEST with the American people and doesn’t spiel platitudes to get their votes. It’s clear from this past election that many Americans feel threatened, that their way of life is slipping away, and frankly, IT IS. Both Clinton and Trump promised to bring back jobs to the US, and even as they mouthed these words, they knew they were lies. These jobs didn’t go to people in Mexico or China: they went to Mexican and Chinese robotized factories, and the continuing trend towards automation of even white collar jobs over the next decade is going to cause massive social upheaval throughout America and the world. We need a candidate who knows and admits this, and has a plan better than “Trust me, it’s going to be sooooo wonderful.”  (Supply your own thumb-pinching hand gesture.) We need a candidate who will work to prepare our communities and our citizens for the very real dangers of climate change. We need a candidate who admits that globalization will happen with or without us, and shows us how we can adapt to this new reality, rather than bashing 20-year old trade deals or blaming foreign governments. We need a candidate who celebrates our multi-racial, multi-gendered heritage and realizes that “From Many One” is more than a motto stamped on a coin. And most of all we need a candidate who agrees that concentrating 40% of the nation’s wealth in the hands of 1% of the population is not only immoral but an existential threat to our democracy.

THAT person should be our next president.

So come on people, this election is over. You’ve now got a four-year head start to make a difference. Time to stop worrying about yesterday, and instead start creating your own tomorrow.