If you google the term “gentleman’s C,” chances are you’ll come up with some version of: “a grade given by certain schools (often Ivy League) to the children of wealthy or influential families in lieu of a failing grade” — that’s certainly what I always thought the term meant. But in FDR’s day, the meaning of a “gentleman’s C” was entirely different. A “C” was the grade a gentleman aspired to, so as not to seem too interested in studies and be considered a “grind.”

The able-bodied C man! He sails swimmingly along.
His philosophy is rosy as a skylark’s matin song.
The light of his ambition is respectably to pass,
And to hold a firm position in the middle of his class.

Should you try to hard, you became the stuff of parody, as the “The Grind’s Song” from the 1902 Hasty Pudding Show HI.KA.YA reveals:

To document how much things have changed, I thought you might be interested in seeing the study cards of FDR and Lathrop, president and congressman of the United States, respectively. We’ve recently received copies from the Archives, and will reproduce them for viewing in the Suite.  The upper right hand corner reveals their entrance examination results, and year by year grades proceed from left to right across the bottom. 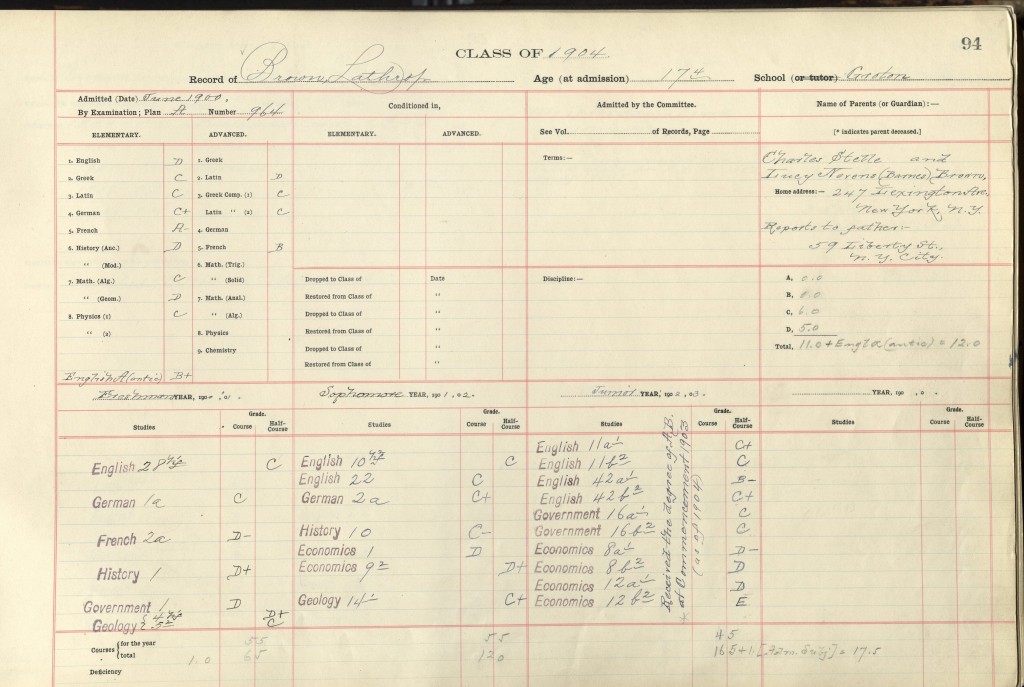 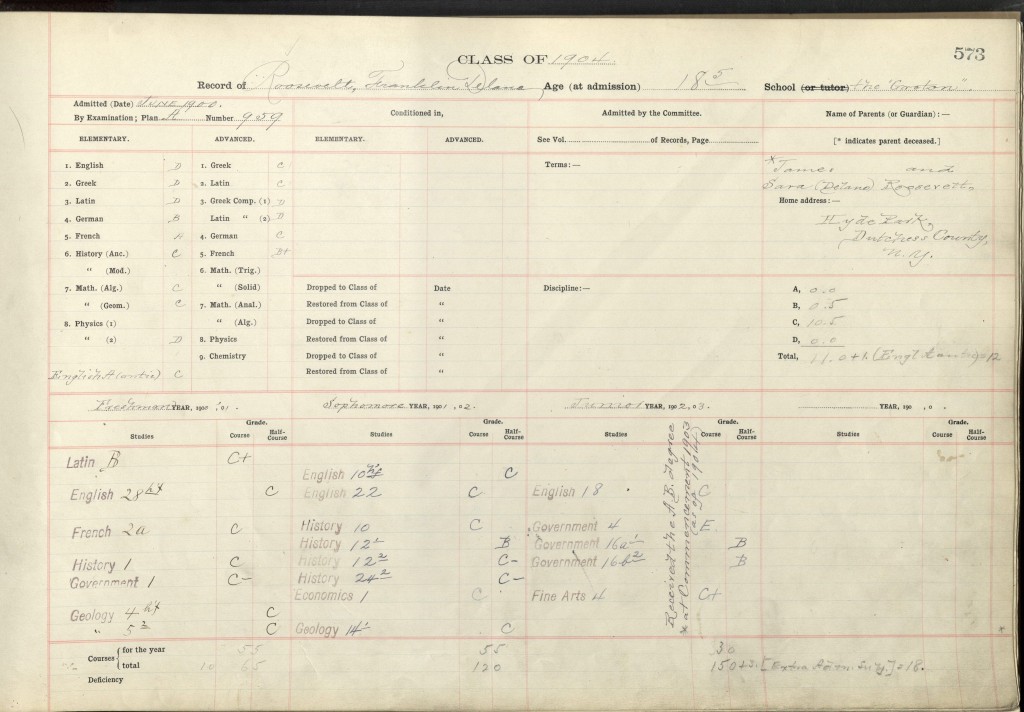 As you can see, both FDR and Lathrop (especially Lathrop!) eschewed any possibility of being viewed as a grind! I find this fascinating, not only because it reveals a student ethos so foreign to the current one, but also because it shows the level of grade inflation since the Vietnam War when most universities across the country, including Harvard, felt the pressure of keeping students from falling below a B average and thereby opening them up to the draft. The result was a rapid escalation of grades, to the point where the average grade at Harvard is now -A. (One of our undergraduates recently made the suggestion during a Suite tour that there hadn’t been grade inflation at all, rather that the current students were just smarter, which left me and several of my peers a moment to wonder at the folly of youth.)

On an entirely different subject, today is the last day of the fiscal year, and our coffers are looking uncomfortably bare, given the roster of programming we have planned for the next academic year. I’d like to urge any of you who have been thinking about making a contribution to the numerous activities of the Foundation, that now is time to so! It’s quick, secure and takes only a few seconds online.