Looking around snow covered, frigid Boston you would never know it was March 5th, but it’s true! The Six Annual FDR Memorial Lecture is upon us! 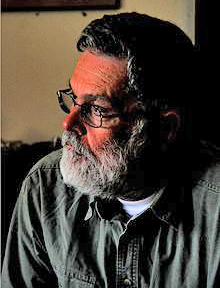 This year we are dee-lighted to welcome historian and television writer Geoffrey Ward to Adams. Geoffrey C. Ward, former editor of American Heritage magazine, is the author of seventeen books, including three focused on FDR: Before the Trumpet: Young Franklin Roosevelt 1882-1905; A First-Class Temperament: The Emergence of FDR (which won the Los Angeles Times Prize for Biography, the National Book Critics Circle Award, and the Parkman Prize of the Society of American Historians, and was a finalist for the Pulitzer Prize); and Closest Companion: The Unknown Story of the Intimate Friendship between Franklin Roosevelt and Margaret Suckley. He has also won seven Emmys and written twenty-seven historical documentaries for PBS, either on his own or in collaboration with others, including Ken Burns’ “The Civil War,” “Baseball,” “Jazz,” “Unforgivable Blackness,” “Prohibition” and “The Roosevelts: An Intimate History,” a seven-part, fourteen-hour series on Theodore, Franklin and Eleanor Roosevelt” that will run on PBS this September.

His topic will be “The Roosevelts at Harvard”

We are equally delighted to welcome back Dr. Cynthia Koch, Former Director of the FDR Presidential Library and now Professor of Public History at Bard College (and our 4th Memorial Lecture speaker) who will introduce Geoffrey.

This year is a reception year, as opposed to a banquet year, and comes with all the trimmings: The famous Roosevelt raw bar will return, to accompany cocktails and a book-signing after the reception. (The question before us is which of Geoff’s 17 books we’ll offer!)

This is a once-in-a-lifetime chance to meet the man behind three of the most important FDR bios ever written, not the mention, thanks to his work on PBS, one of the most influential and far-reaching American historians of the last century.

Tickets may be purchased easily on line by clicking the button below. Seats are limited to 50, so they will go fast! If you are unable to attend, please consider donating a place to an Adams student or tutor using the ticket options window below.