[An excerpt is reprinted here, see the original source at thediplomat.com for a complete reading.]

Congress is currently examining the government’s role in international news broadcasting, but are they asking the right questions?

On one hand, public diplomacy, which includes international broadcasting, is intended to build relationships and advertise our nation’s purpose, ideals, culture, and exceptionalism. On the other hand, public diplomacy also supports, explains, and defends foreign policy in an effort to achieve specific goals.

These are both perfectly rational objectives for public diplomacy and for the nation. But do they conflict? Does the U.S. want its state broadcasters to serve as independent journalists providing objective news coverage for populations otherwise subjected to nothing but propaganda and conspiracy theories? Or does it expect its state-funded broadcasters to strictly advocate U.S policy? Are these choices mutually exclusive?

Can Voice of America be assigned, for instance, to produce – as worded in the pending legislation – “accurate, objective, and comprehensive news and related programming that is consistent with and promotes the broad foreign policies of the United States?” Or is that asking the impossible – assigning an entity to perform two potentially opposing tasks? To examine the potential complications, let us consider VOA’s assignment in depth.

Matthew Wallin is a fellow specializing in public diplomacy at the American Security Project [external link]. Jed Willard is the Director of the FDR Center for Global Engagement at Harvard College. 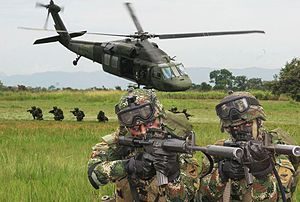 On February 6, Dr. Jennifer Schirmer, Visiting Scholar at the Harvard Divinity School’s Religions and the Practice of Peace Initiative, will host a Fireside Chat in the FDR Suite.

For the last 15 years, Jennifer directed a peace-building project in Colombia, engaging multiple sectors in dialogs preparatory to a peace agreement. Jennifer is an expert on international experiences with ceasefires, disarmament, demobilization, reintegration & reconciliation – areas we feel are critical to today’s America.

12 attendees only, preference given to undergraduates – please do not sign up unless you are certain to attend. If the wishlist begins to fill we’ll find a larger venue.

We recommend this op-ed by Rafael Behr at “The Guardian.” We also recommend that more public figures in the West speak of liberal democracy openly and regularly.

“The US president makes a parody of the idea of the west as a beacon of moral authority. It is true that his despotic urges are hemmed by law in a way that lesser countries might not manage. But it is some downgrade of the system to boast that it might withstand assault by a venal, nepotistic maniac. America used to aim higher than constitutional kleptocracy.

“In such times it is easy to forget that the “western” model is still the best way to organise people into peaceful, prosperous societies. The benefits of liberal democracy are routinely taken for granted by people who live in one, but not by those who don’t. Millions vote with their feet, migrating across continents in search of a better life. That movement flatters the achievements of democratic societies, although our politics rarely casts it in those terms.” 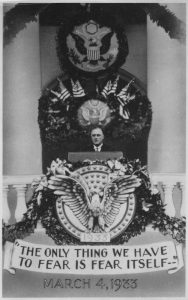 A meeting between professors from three universities and a senior team of public diplomacy professionals from the State Department. Part of the “Defense of Democracy” program.

A Fireside Chat with President Obama’s Director of Global Engagement

Brett Bruen is a former U.S. Diplomat who served as Director of Global Engagement at the White House.  Brett is a specialist in using strategic communications to influence the course of crisis and conflict. Bruen created some of the government’s most innovative international programs for reaching new audiences around the world.  Brett also unified public and private entrepreneurship programs for the first time under one banner, as part of President Obama’s Spark Global Entrepreneurship initiative. Bruen served in the Ivory Coast, Liberia, Guinea, Iraq, Venezuela, Argentina, Zambia, and Eritrea. He serves as an adjunct faculty member of the Federal Executive Institute, where he trains senior U.S. Government leaders on strategy and world affairs. Bruen is Founder and President of GSR, with a vision to democratize internationalization and give every business and organization the tools to navigate in foreign markets.

Though the Latvian government has yet to say just what caused the disruption, the country’s intelligence services announced last week that they are investigating if the unusual loss of service resulted from a Russian electronic attack; a Russian ship equipped for electronic warfare was reportedly just offshore at the time….

Latvia’s concern is a reflection of the growing array of hybrid war capabilities in Russia’s arsenal — from the use of disinformation and propaganda to sow internal discord within a country, to crippling cyberattacks, to old-fashioned military power. Those capabilities have been honed in recent years in the Russian campaigns in Ukraine and Syria. But the Baltic countries of Estonia, Latvia, and Lithuania, and their Nordic neighbors, have increasingly become a testing ground….

Across the Baltic Sea, Finland has also been moving quickly to fortify itself against both old threats and new ones.

Helsinki is spending heavily on defense, maintains a large conscript army of 280,000 soldiers, and has a growing array of civil defense initiatives. But Helsinki is also beefing up resources outside the barracks, launching a public diplomacy program to train government employees about what disinformation is and how fake news goes viral. The Nordic country has also looked to boost its already close ties with NATO, opening an EU and NATO-linked center in Helsinki in early October dedicated to researching how governments can push back against information warfare.A shooting war is probably unlikely — “it would mean World War III,” Finnish President Sauli Niinisto told journalists last week — but a quiet one is already underway. In addition to a flood of fake news, including stories designed to inflame ethnic tensions, pro-Russian activists have targeted and harassed a Finnish journalist who was investigating the activities of troll farms in Finland. (Russian internet trolls routinely spread disinformation and amplify societal divides, in Europe as in the United States.)

So far, Finland has proven more resistant than most to the information onslaught….