Posted on September 19, 2018 by Jed Willard in Past Events


Professor Paul Poast of the University of Chicago will lead an intimate fireside chat regarding the challenges faced by democracies and the liberal international order today – and the surprising opportunities for “middle powers” to step up and save the world.

“The current U.S. administration, to put it mildly, is not a big fan of NATO. The same goes for international institutions more generally. President Trump has made clear his disdain for the WTO, the UNHRC, the Paris accord, the TPP, the Iran nuclear deal, etc…. ‘The fact that dominant powers like the United States and Britain seem to be retreating from major international bodies could open a door for other countries to step in … and find other productive forms of cooperation.’”

Don’t forget to RSVP here (or above)

Posted on September 17, 2018 by Aidan Campbell in News


Donald Trump has repeatedly complained that no one is investigating the people investigating him, and that no one is trying to jail his political enemies. On Sept. 10, national security adviser John Bolton did his boss one better. Rather than whining, he threatened. In a speech to the Federalist Society attacking the legitimacy of the International Criminal Court, Bolton said:

We will ban its judges and prosecutors from entering the United States. We will sanction their funds in the U.S. financial system, and we will prosecute them in the U.S. criminal system. We will do the same for any company or state that assists an ICC investigation of Americans.

There’s nothing new in Bolton’s hostility to the ICC. He’s mentioned it many times before. He previously waged war against it as a top official in the George W. Bush administration, and was rewarded with appointment as Bush’s UN ambassador. But there is something new in the scope of havoc his hostility could bring. As a New York Times headline put it, “U.S. Attack on I.C.C. Is Seen as Bolstering World’s Despots.”


The 2016 U.S. elections saw the weaponization of information with unexpected sophistication and on an unprecedented scale.  Russia, Iran, and others have continued to refine this tradecraft.
Journalists increasingly find themselves caught in the middle.  How can you cover news that comes from a cyber attack or suspicious sources?  Are there better ways to examine its credibility and consider the motivations behind its release?  What comes next in the age of modern information warfare?
The FDR Foundation will host an introductory exchange with journalists on some of the key skills and strategies they can use when navigating these issues.
Event in cooperation with CNN. By invitation, only.
September 5, 2018
5PM


What is “democratic socialism” in contemporary America? In November 2015, with the Iowa caucuses on the horizon, Bernie Sanders finally tackled the question head-on in a much-publicized speech at Georgetown University. Democratic socialism, he told his audience, is what Franklin Roosevelt’s New Deal did. FDR’s unfinished vision of a second bill of rights, an “economic bill of rights,” “is my vision today,” Sanders remarked.

Now, two and a half years later, Alexandria Ocasio-Cortez has vaulted onto the national political scene on a platform that sounds unmistakably familiar to students of American liberalism: Medicare for all, a job guarantee, housing programs, a new Glass-Steagall Act, and a green . . . New Deal. Democratic socialism, apparently, is less Eugene V. Debs than it is a more successful Harry Truman.


As the silent film rolls, the president sits by his wife at an outdoor gathering. A beer mug rests on his table, and dozens of people lounge on the grass while he holds court.

His shirt sleeves are rolled up. He is wearing his pince-nez glasses and reading aloud from a book. At one passage he chuckles, reaches for his cigarette in its long-stem holder and flashes his famous smile.

His thin legs, damaged by polio, are barely visible under the table.

Read more & watch the footage at: 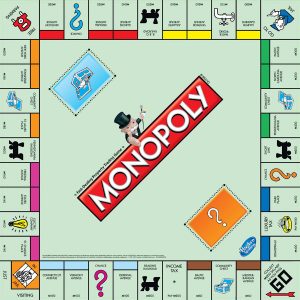