For those of you who were unable to attend the 3rd Annual FDR Memorial Lecture and Gala Dinner, here’s part one of Curtis’ address. You’ll need a high speed connection to view this 30 minute clip.

Pictures from the Third Annual FDR Memorial Lecture and Dinner 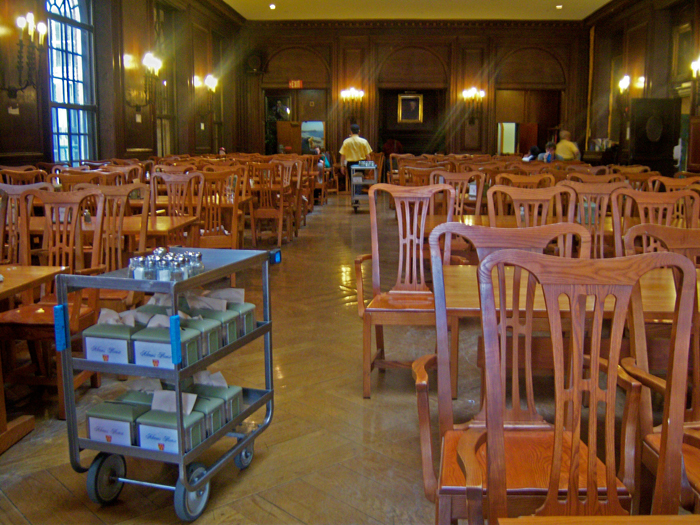 The battle begins: two hours, and 250 chairs and 27 tables to move and assemble, labor provided through the good offices of the FDR Institute’s Matthew Young and his hale and hardy band of volunteers. 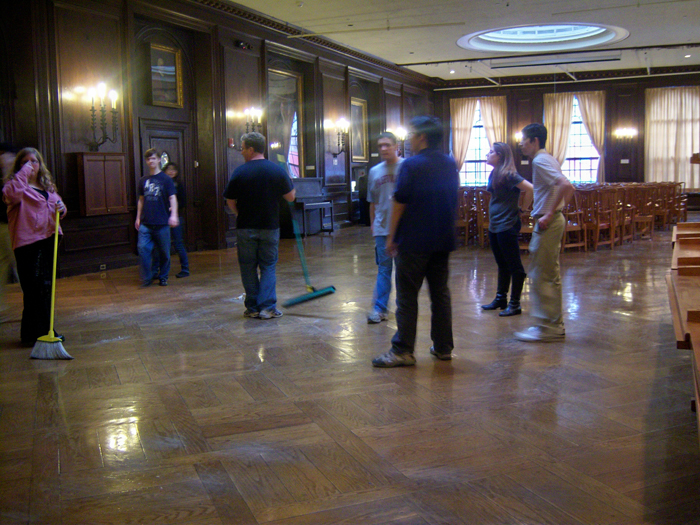 Brooms at the ready 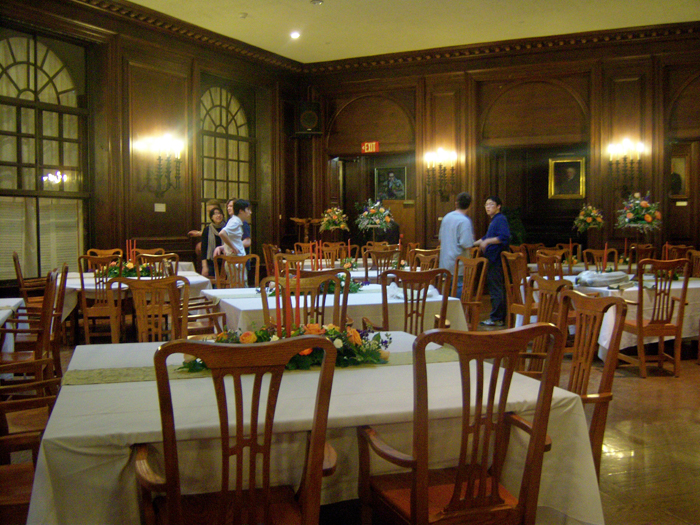 Getting there. The spectacular floral creations of Teresa Kiritsy’s Creative Themes arrive 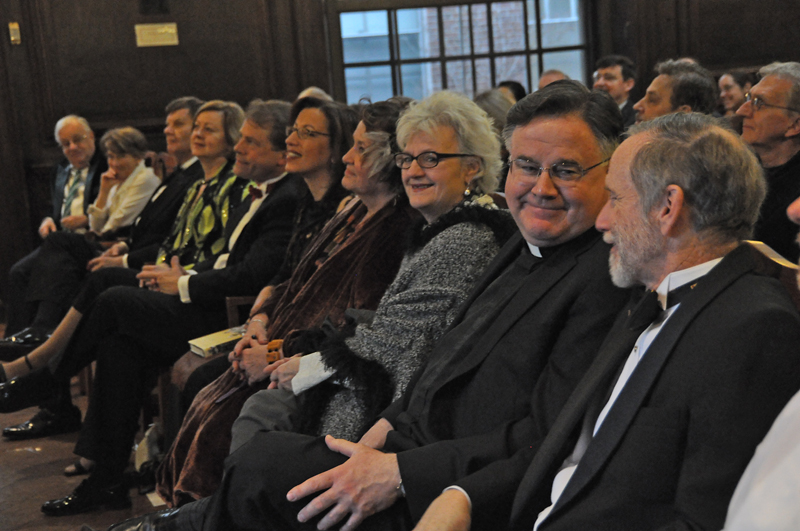 Just in time, the show begins: a dazzling array of well attired lecture attendees in the front row, with the Foundation’s Father George and Adams House co-master Sean Palfrey at the far right 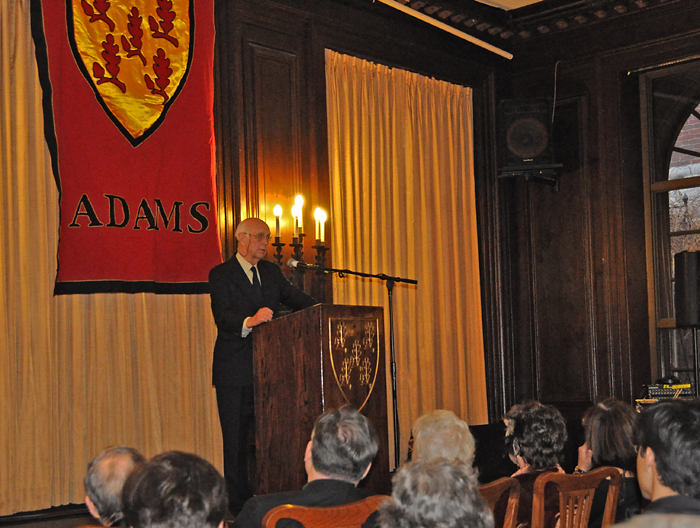 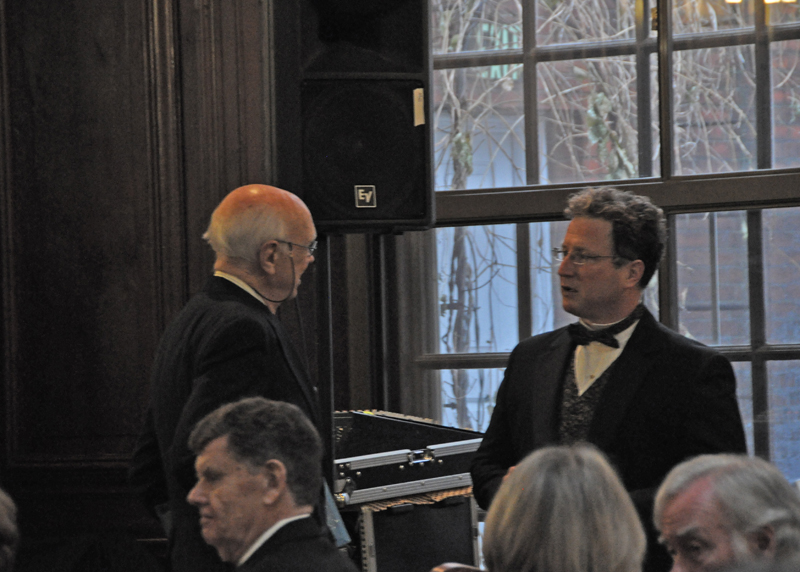 Sharing a qick chat with Curtis after his talk. 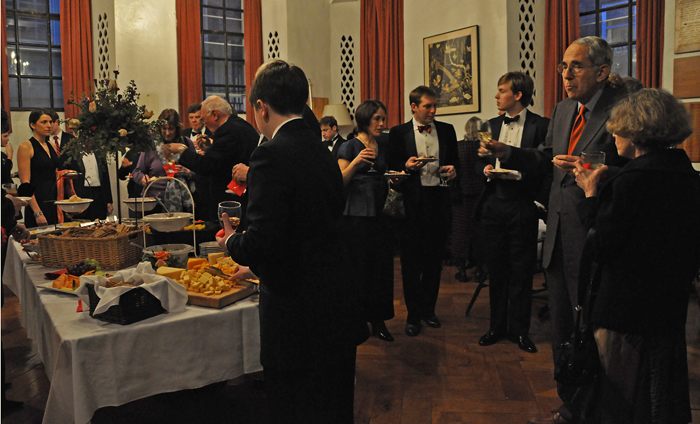 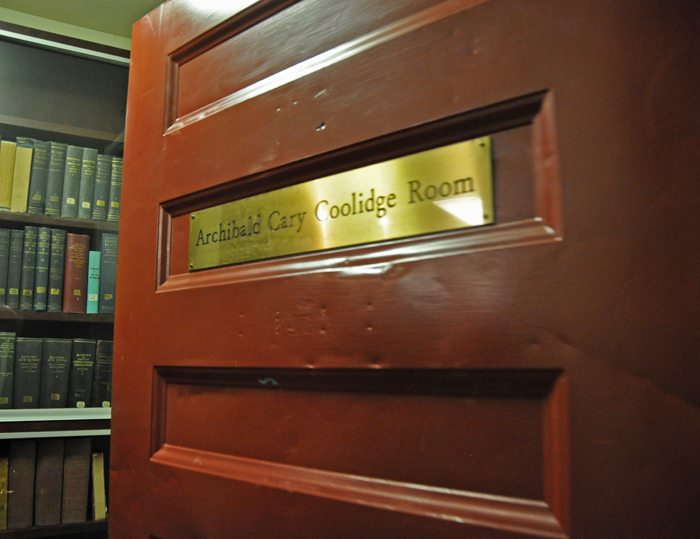 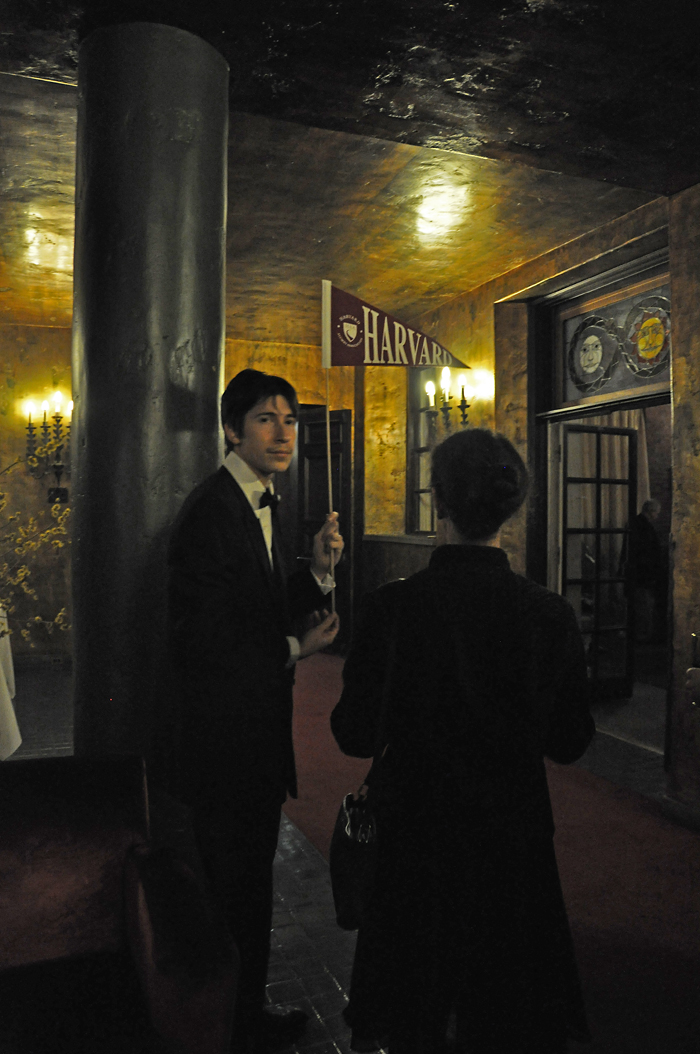 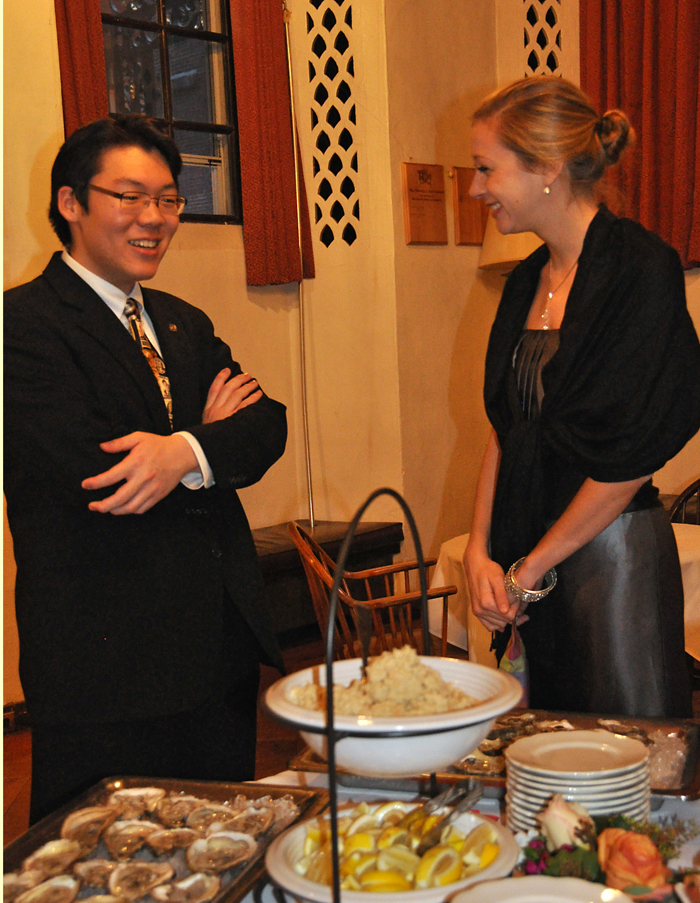 Meanwhile, back in the Lower Common Room, The FDR Institute’s Matthew Young ’12 and Kara Kubarych ’13 pretend to be discussing politics while waiting for more shrimp to arrive. 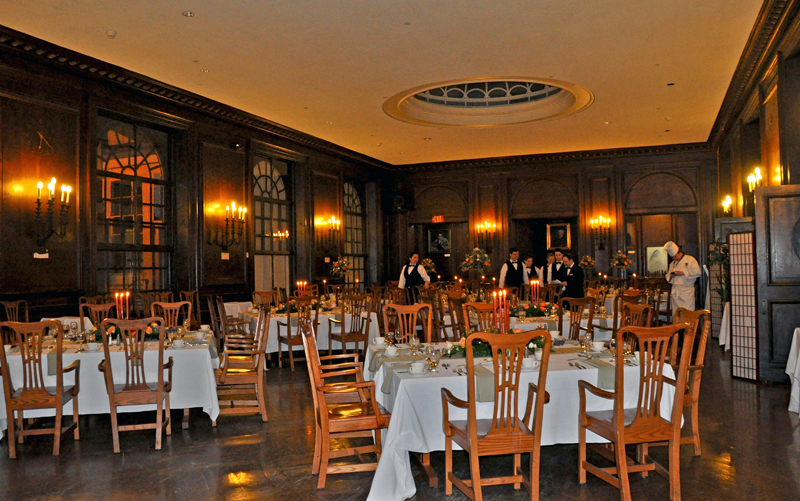 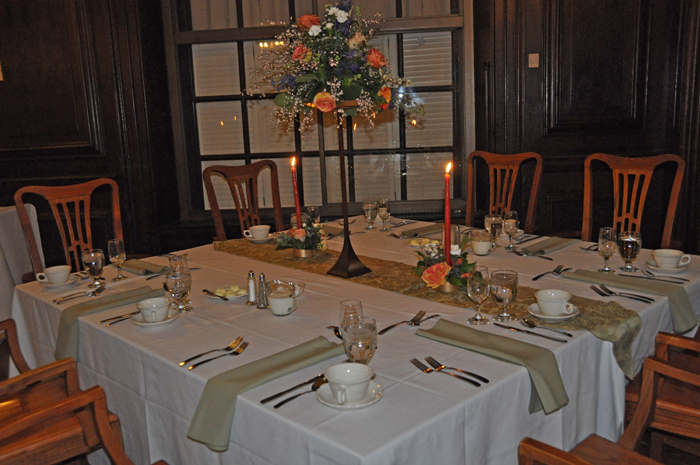 A table closeup. Gracious dining at its best. 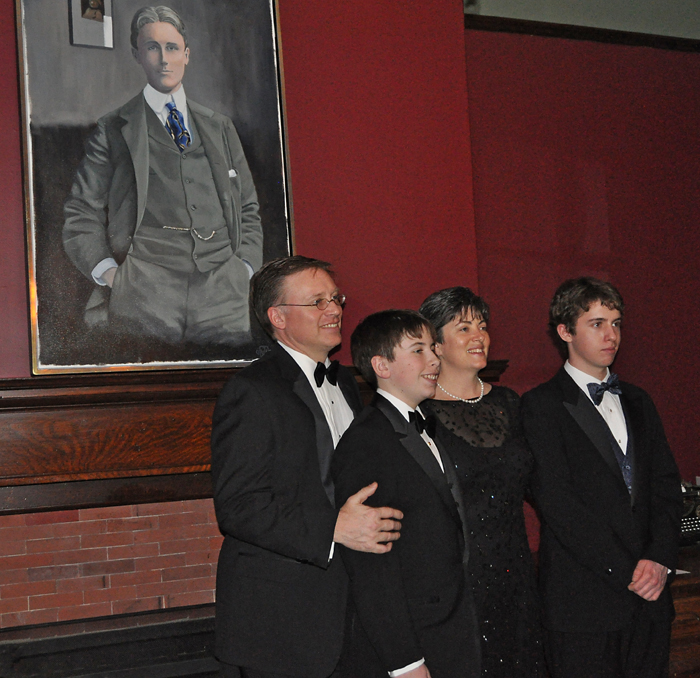 One last tour: Jennifer Childs Roshak ’86 and family, in front of the hearth in the FDR Suite. Son Justin, (Harvard ’15?) on right is our youngest student researcher. 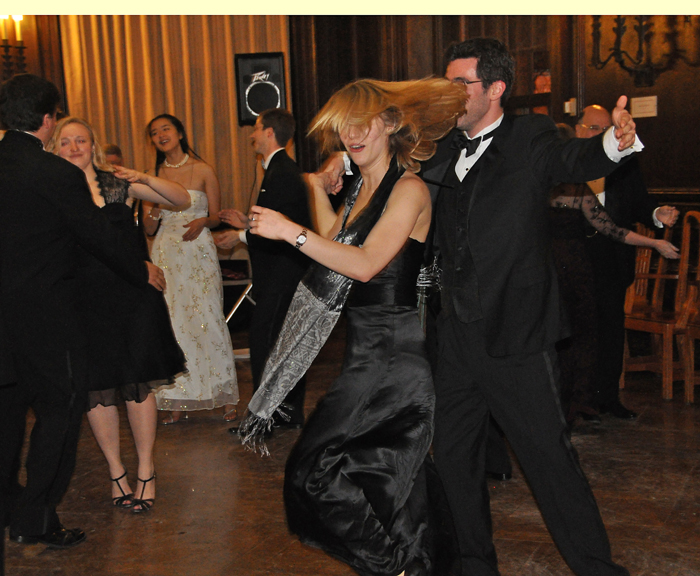 Tutor Matt Corriel and Iris Odstrcil, ’10 trip the light fantastic after dinner to the tunes of FDR’s Whitehouse

New Views of the Suite


It seems like ages, but here, at last, are some of the first views, post renovations. The walls are still bare, and the furniture a bit sparse, but we’re getting there! 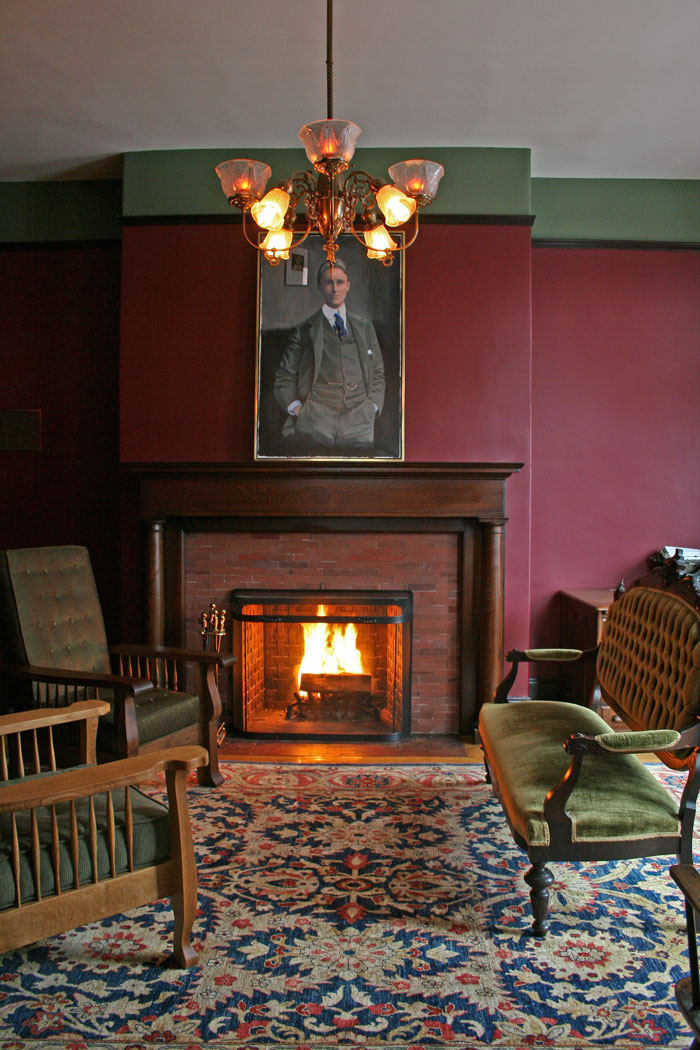 Our newly replicated Morris chairs (thanks to the exquisite craftsmanship of Lary Shaffer at Scarborough Marsh Fine Furniture) combined with a chance antique discovery: a very sturdy, and reasonably comfortable Victorian settee that seems quite at home already under the golden light of the early Edison bulbs. A roaring wood fire illuminates the custom basket-weave fire-back characteristic of rooms in Westmorly Hall. 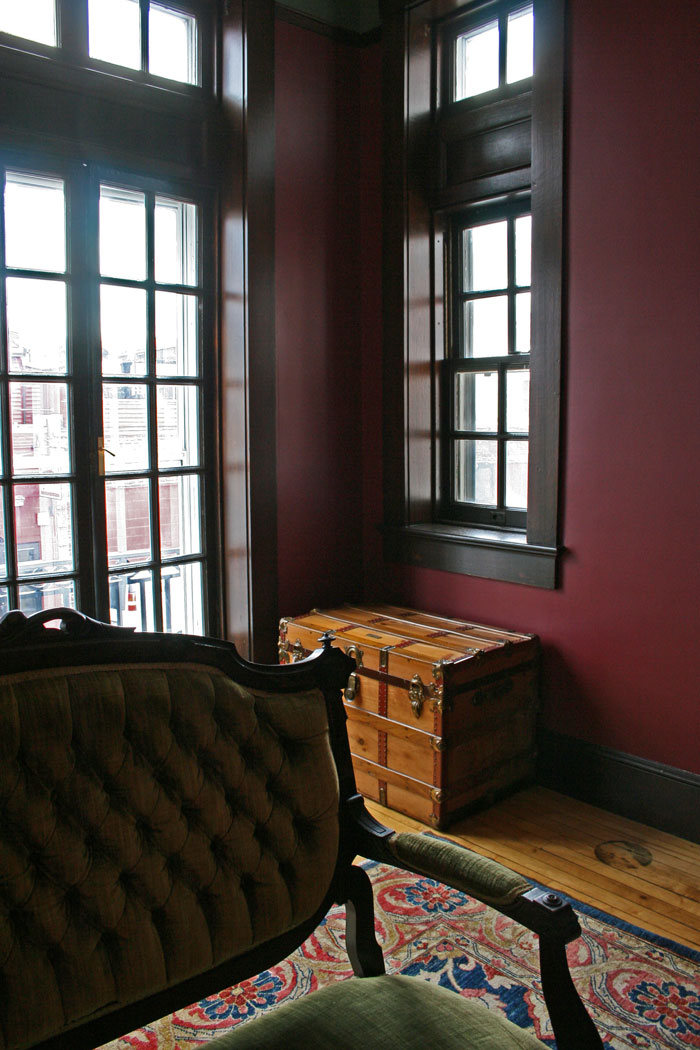 The view toward the French doors, with our Brimfield-Antiques-Fair purchased railroad chest in the corner. (One of two.) Period window treatments are the next planned step based on 1899 designs from the same vendor used by Sara and FDR; this vignette will alter considerably when they are completed. 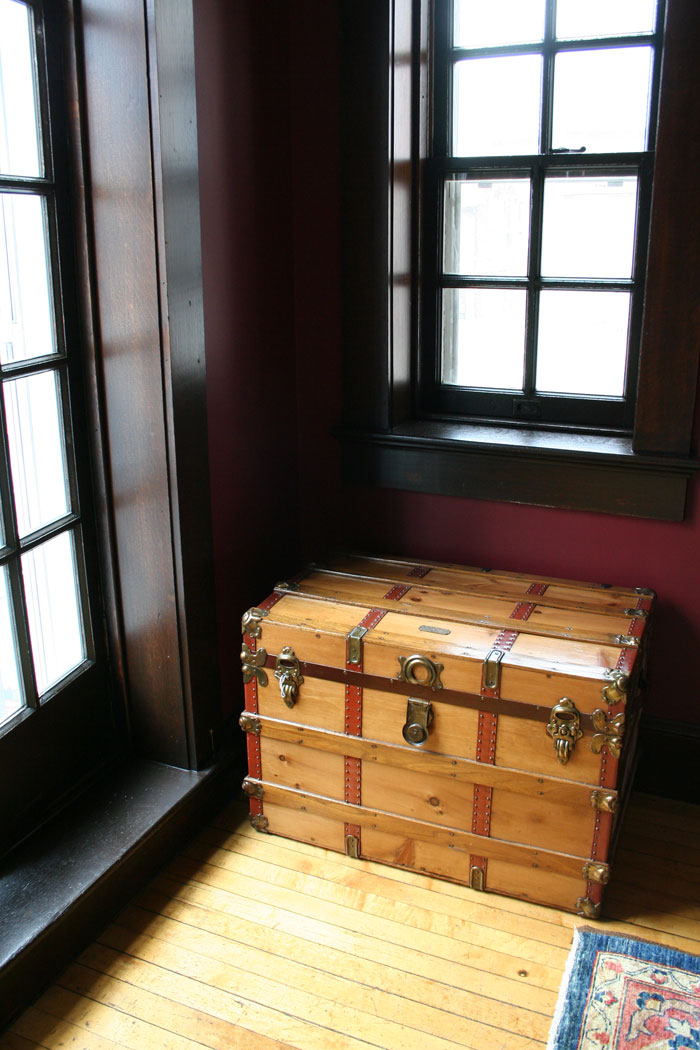 A closeup of the chest; this item will eventually reside at the foot of FDR's bed, as he notes in his letters to Sara. 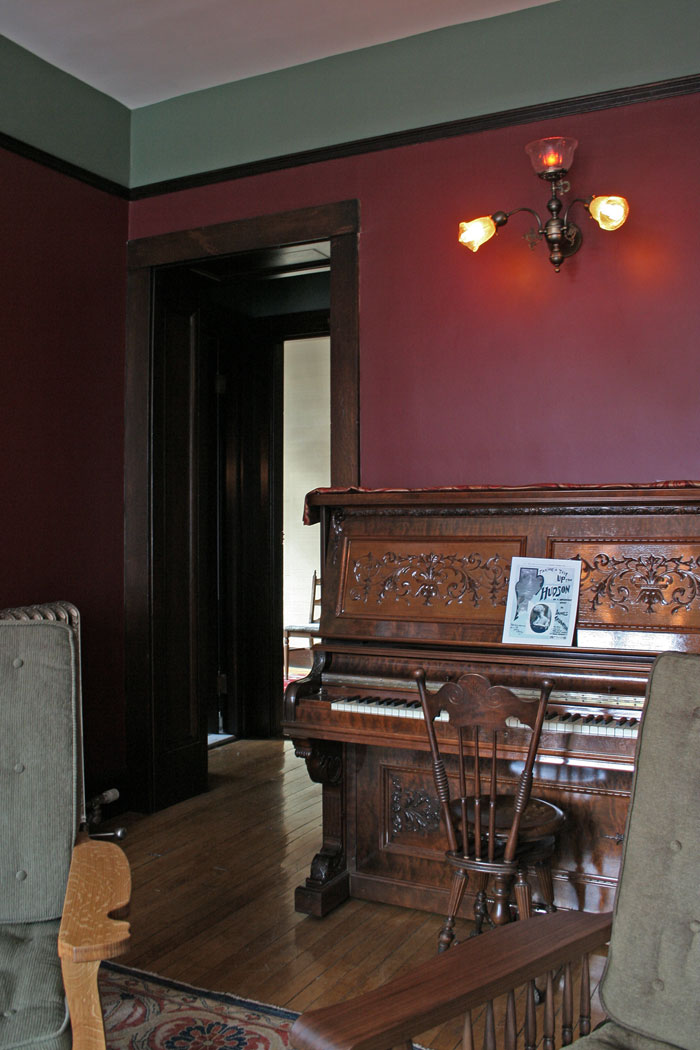 The view toward the 1898 Ivers & Pond piano, which FDR rented as a member of the Freshman Glee Club: "Our piano is coming tomorrow; it is $40 for the year, which is $10 off the regular price. It is a very nice one and of a good tone" (Letter to parents, 11/23/00). The song waiting to be played is the 1902 hit: "Taking a Trip Up the Hudson." Thanks to the dedicated group of alumni who funded this project, and to parlorsongs.com for the music! 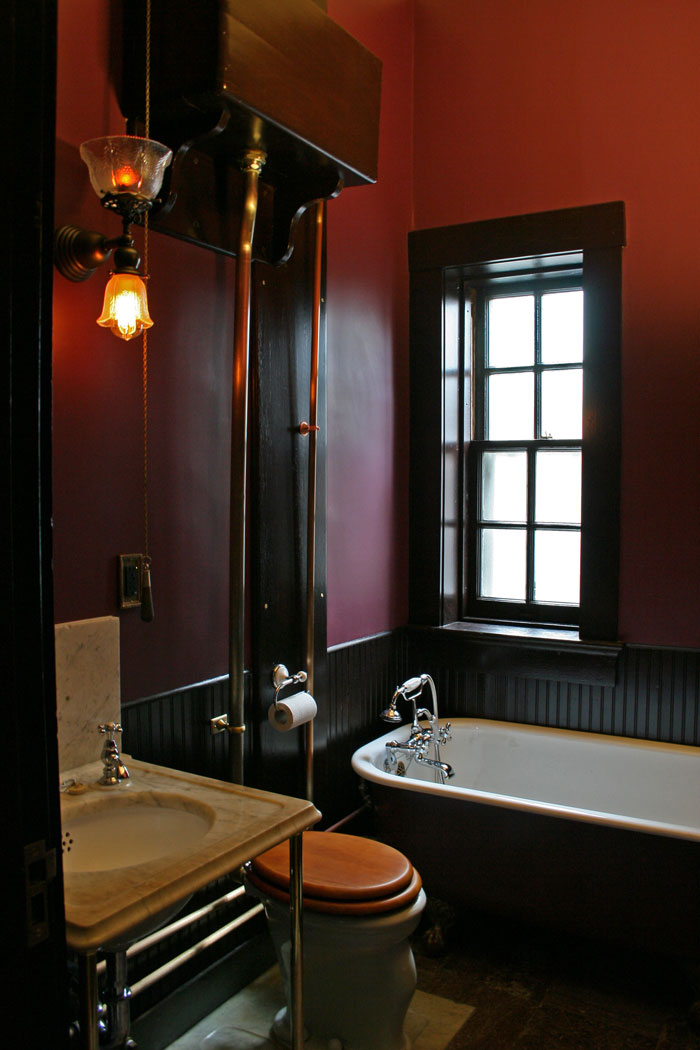 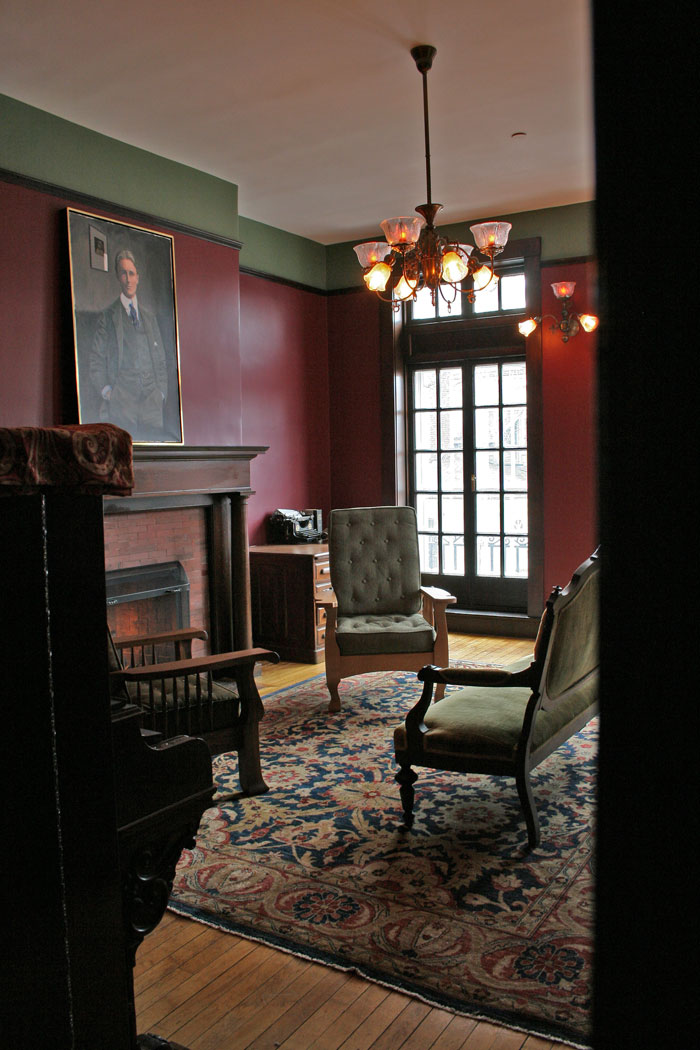 A thousand thanks to all of you who have helped us move this project forward! Special kudos to our alumni donors  and project supporters (you know who you are); Harvard College in the person of our honorary President Drew Faust, the Palfreys, Suzy Nelson, and Merle Bicknell; Shawmut Construction, especially Carl Jay, and his dedicated horde of motivated craftsmen; Ropes and Gray LLC,  in the persons of Christopher Leich and Sarah Shaffer-Raux; Kari and Sandy Pei for their incredible donation of the wallpaper and reconstruction labor; and last, but certainly not least, the offices of the Lillian Goldman Charitable Trust, which largely funded this phase of the Restoration.

The FDR Suite Restoration Appears in the New York Times!

Check out the great article in the Art & Antiques Section of the Times, published: March 11, 2010 online, and in the March 12 print edition!

Posted on February 24, 2010 by Michael Weishan in FDR Suite


We at the Foundation are happy to relate that Mr. Curtis Roosevelt has landed in Boston, via an 18 hour trip from Western MA through 1.5 feet of snow!

No matter. The Roosevelt stamina lives on. Here’s Mr. C. R, 1/2 hour off the gate, and thrust into a studio at WGBH’s Greater Boston.

See you all Saturday at 4:30, at Adams House