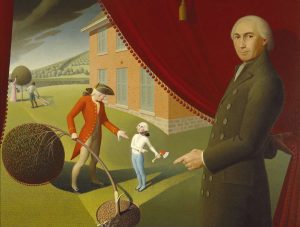 FDR used his understanding of history to advance liberal democracy. Trump uses historical ignorance to advance demagoguery. To succeed, both leaders depend on the acceptance of their ideas by a more-or-less informed electorate. Are we now finally experiencing what Francis Fukuyama famously called the “end of history” in 1989? Will historical ignorance—rather than the end of ideology—spell just the opposite of what Fukuyama predicted—the demise of western liberal democracy?

One comment on “The End of History? FDR, Trump and the Fake Past 4/15”