How will Chicago artists make it through the pandemic? 85 years ago the Feds had an answer. Could it work again?

How essential is an artist?

Art, you’ve noticed, has been idle.

The artist, in pandemic Chicago, has been stripped of stages, classrooms, materials. Many, who were already working two or three jobs for supplemental income, were stripped of second and third jobs. Some, seeing little light at the end of the COVID tunnel, have probably given up already.

Even a starving artist can last only so long.

And yet, remarkable as it may be seem in 2020, there was a moment, about a decade long, when this country and its White House, eager to get Americans to work, considered its artists essential.

You live everyday with that legacy.

Consider the South Side Community Art Center, an 80-year old institution in a 130-year old Classical Revival house. It rests in an unassuming lot on South Michigan Avenue. It is tall and austere, warm and a bit removed from its Bronzeville neighborhood, set off by stretches of green. And it is different. Gwendolyn Brooks wrote her first book of poetry here, and Gordon Parks used the darkroom in its basement. When Nat King Cole came to town, he played its piano.

According to the dictionary I have, a relic is something that has survived a passage of time; something cherished for its age; anything old and left over. I was looking for a new title, as I am tired of “senior citizen.” For some reason, a “relic” does not sound like a title replacement I was looking for.

However, I remember World War II on the home front in Camden. I shall never forget the effect it had on all living here. My friends, relatives and neighbors were all leaving for the service. Most did not want to wait to be drafted because that meant going into the Army and probably combat ground fighting. They all seemed to prefer the Air Force, Navy or Coast Guard. Seeing the young men leave, not knowing if or when they would return home was the difficult part.

We were not used to rationing, but that was easy. You were to go to a central meeting place and apply for ration stamps and coins. Those booklets were precious, as so many things were rationed. One family was allowed one pound of butter a week, if, when you stood in line at the grocery store, they still had a pound left that day. You were very fortunate if you could get a pound of hamburger, when you got to the front of the line. I do remember being very disappointed because I was just old enough to wear silk stockings and they were unavailable to buy, as the silk was going into parachutes. You could buy those awful looking cotton (?) ones that I did not want. One day Eleanor Roosevelt came into our shipyard office, because she was going to christen a barge that day that had been built in the yard. She had on those awful looking stockings, so my whole attitude changed. If the First Lady wore them, then I guess I could, and did until the war was over.

We had received a contract for four barges. Why? Because President Franklin D. Roosevelt wondered how New England families…

African-Americans in the New Deal

There’s long been a standard story of the civil rights movement. It starts on a December evening in 1955, when Rosa Parks refused to give up her seat on a Montgomery, Ala., bus. With that single act of defiance, the story says, Parks set off a movement that sped across the South of the 1950s and 1960s, through Little Rock and Greensboro, Anniston and Ole Miss, Birmingham and Selma, and brought Jim Crow tumbling down. Then, in the bitter spring of 1968, the movement went to Memphis. There it died, on a motel balcony awash in its martyr’s blood.

It’s a profoundly powerful story, in large part because it’s a sacred one, built on a fundamental faith in sacrifice and suffering as the route to redemption. And for years historians have been pushing against it. They’ve stretched the movement’s chronology, extended its geography, recovered all-but-forgotten events and given its overlooked activists their due, all in an effort to make its history deeper, richer and more troubling than the standard story lets it be.

“The Black Cabinet,” by Jill Watts, the author of books on Hattie McDaniel and Father Divine, seems to take that revisionist project in a less than promising direction. In the early days of the New Deal, Franklin Roosevelt named…

Youth Crises Past and Present: Learning from the New Deal and Eleanor Roosevelt

Posted on May 6, 2020 by Aidan Campbell in Uncategorized 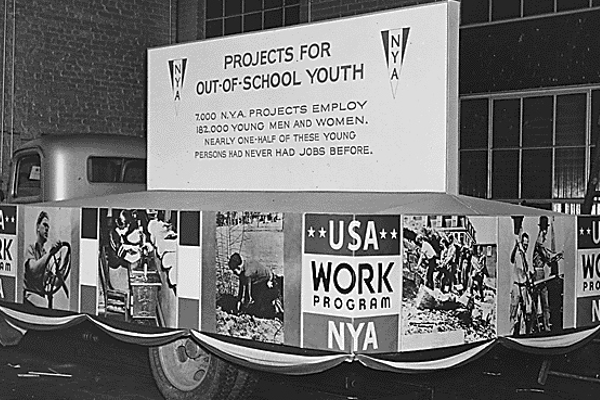 Posted on April 30, 2020 by Michael Weishan in Past Events

Posted on April 20, 2020 by Michael Weishan in Foundation News


We are delighted to announce today the 2020 cohort of Roosevelt Scholars. Although the COVID crisis will force us to spend the summer remotely, the scholastic format will be the same: each student will be working 4 days a week on a paid research project with a mentor/educator, and then spending one day a week in our academic practicum, Framing the American Experience, an interactive history program which will explore the creation of the modern United States through the immigrant lens, beginning with the first European settlers and ending with the challenges facing America in 2020.

Congratulations to the new cohort! The six were chosen from a field of almost 50 applicants who participated in Harvard’s FYRE program, aimed at first-generation college students. 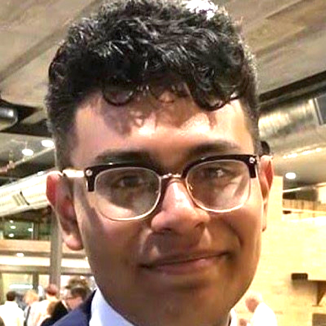 Eric Olvera ’23  from Idaho Falls, Idaho, and Adams House will be working with Jed Willard in collaboration with the Venezuelan Embassy in the United States, which represents the Guido government recognized by the US. Eric will complete literature reviews, monitor initiatives to fight misinformation as well as aid the Embassy in strengthening freedom of speech and help improve digital literacy. Jed Willard is the FDR Foundation Director of Global Outreach and the Founding Director Emeritus of the Public Diplomacy Collaborative at Harvard Kennedy School. 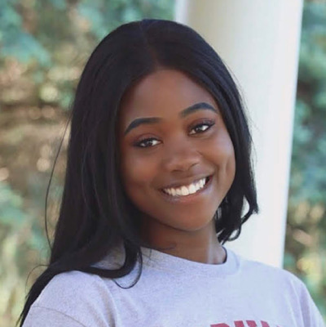 Oksanna Samey ’23 from Minneapolis, Minnesota, and Mather House will be working with Dr. Rati Thanawala to build programs that will accelerate career advancement in tech, especially for women of color. Oksanna will illustrate career challenges and solutions learned from various leaders to help improve diversity and inclusion in the workforce. Dr. Rati Thanawala was a 2018 Advanced Leadership Initiative Fellow who has started a Leadership Academy for Women of Color in Tech in 2020. 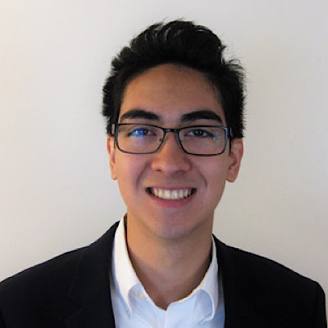 Simon Levien ’23 from Sparta, New Jersey, and Dunster House will be working with Professor David Jones to deepen his understanding of health effects associated with air pollution in the United States. Through an extensive analysis of relevant sources, Simon will further his evolving knowledge of the negative impacts caused by air pollution. Professor David Jones is an inaugural A. Bernard Ackerman Professor of the Culture of Medicine, a joint position between the Faculty of Arts and Sciences and the Faculty of Medicine. 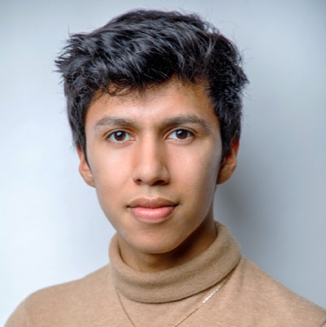 Erick Torres-Gonzalez ’23 from Milwaukee, Wisconsin, and Quincy House will be working with Akshay Dixit in collaboration with Professor Brule to study how exposure to climate shocks affects women’s political preferences and behaviors in Bangladesh. Through an analysis of climate data, particularly precipitation datasets, Erick will collaborate with Akshay to assist Professor Brule on her paper for publication. Akshay Dixit is a current Ph.D. candidate in Government and Political Economy, and Professor Rachel Brule is an Assistant Professor of Global Development Policy at the Frederik S. Pardee School of Global Studies at Boston University. 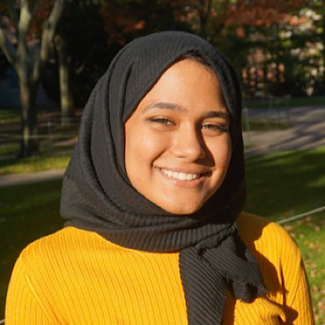 Heba Mohamed ’23 from Vernon, Connecticut, and Leverett House will be working with Shireen Hamza on deepening the understanding of the history of medicine in the medieval Islamic world, especially in the region surrounding the Indian Ocean. Through interdisciplinary research, Heba will assist in preparing “plant biographies” as well as data sets with hundreds of common recipes using various data-visualization programs. Shireen Hamza is a current Ph.D. candidate in History of Science studying the lives of medicinal plants in the medieval Islamic world, from cultivation to therapeutic use.

Jaden Deal ’23 from Norwalk, Iowa, and Pforzheimer House will be working with Zid Mancenido to investigate how high-achieving college students learn about and decide whether to become K-12 classroom teachers. Through extensive qualitative and quantitative research, Jaden will further his understanding of “the path to becoming teachers” in the United States. Zid Mancenido is an Instructor and Ph.D. candidate in Education Policy. 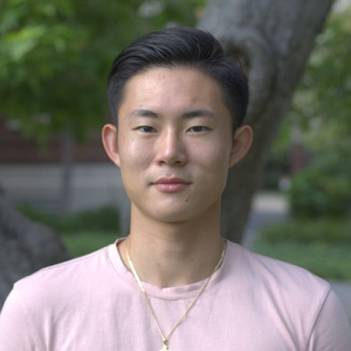 Brian Hyun Seo ’22 from Los Angeles, California, and Winthrop House is a graduate of the 2019 Roosevelt Scholars Program and the Program’s 2020 Proctor. This summer, Brian will be working with Hansong Li and Yifei Wu to research the pricing and bidding strategies of medical supplies, from the perspective of crisis management and international trade. Through this research, Brian will further his understanding of firm behaviors as well as economic strategies used to mitigate the crisis. Hansong Li is a current Ph.D. candidate in the Department of Government, and Yifei Wu is a current Ph.D. candidate at Harvard Business School