While 110 years isn’t that long ago in relative terms, in many ways FDR’s Harvard existed in an entirely different world than the one most of us knew. As an amusing example, here’s a clipping I found preserved in one of the student scrapbooks now in the Harvard University Archives: 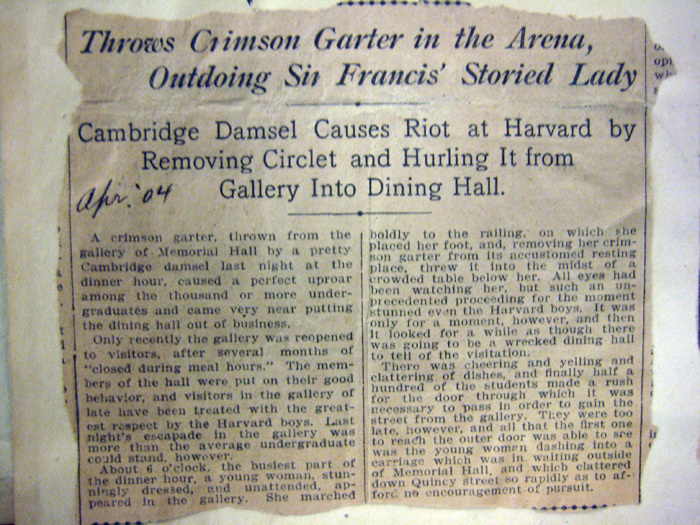