In the Summer of 2003, a young man fresh out of grad school decided to go to Iraq to make a difference and to find himself. He was quickly thrown into a world completely foreign from anything he previously knew, in an office with 12 local Iraqi translators who welcomed him, but at the same time were suspicious of his intentions. His book, Tales From The Tigris, tells the story of how one American and his team of Iraqi translators learned to put aside their differences to work together and learn from each other amidst a confusing conflict that challenged and threatened their relationship on a daily basis.

An Earlier Age When the United States Kept Immigrants Out 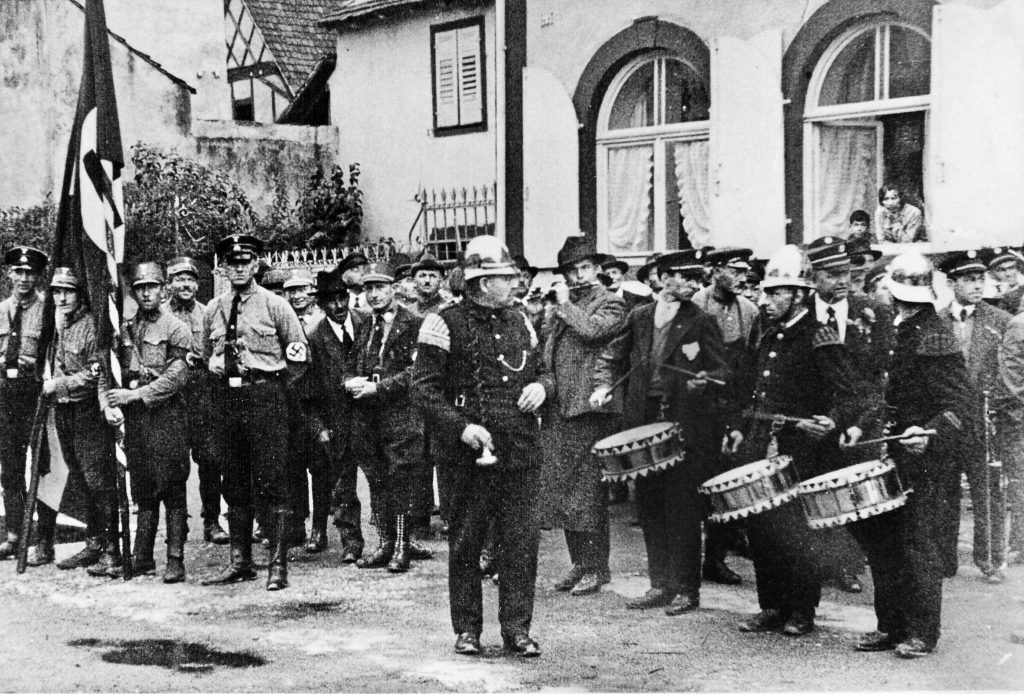 THE UNWANTED
America, Auschwitz, and a Village Caught in Between
By Michael Dobbs

On the morning of Nov. 10, 1938, Hedy Wachenheimer rode her bike from her small village of Kippenheim to school in the next village. A Jewish girl of 14, Wachenheimer was accustomed to being ostracized. But that day felt different. On her way to school, she saw that the windows of Jewish businesses had been smashed. As she waited for lessons to begin, the usually gentle principal pointed at her and yelled, “Get out, you dirty Jew!”

Kristallnacht was a turning point for the tightknit community of Jewish families who had lived in Kippenheim for five generations. Over the next four years, its 144 Jewish residents suffered dispossession, and the indignities and crimes of their Nazi overlords.

In “The Unwanted,” Michael Dobbs, a former reporter at The Washington Post, tells the story of the town’s Jews as they desperately sought a path to a new life elsewhere. Most hoped to find refuge in the United States. Dobbs weaves the tales of their declining fortunes with a carefully researched account of American attitudes and policies toward Europe’s Jewish refugees. American diplomats in Europe tried to grant as many visas as possible while State Department officials threw up roadblocks. As Eleanor Roosevelt tried to…

(*can purchase book with affiliate code through the link) 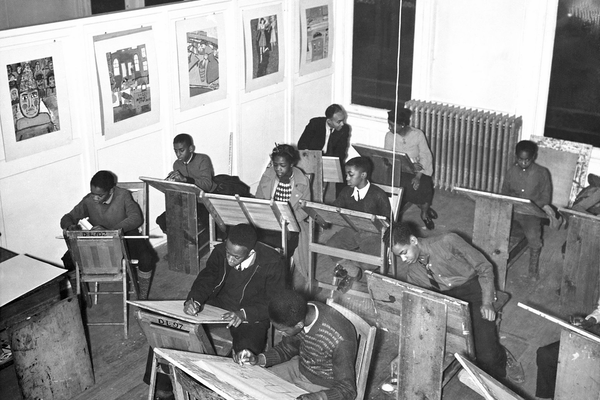 Tensions have been brewing at George Washington High School in San Francisco over a series of murals that tell a less than heroic story about America’s first president.  Completed in 1936 by a left-wing immigrant painter, Victor Arnautoff, the murals have prompted discomfort among students and parents.  Their objections focus not on the mural’s critique of Washington but on its inclusion of a dead Native American and African American slaves.  Although Arnautoff apparently intended to expose Washington’s racist practices – his ownership of slaves, his role in killing Native people – the mural also shows people of color in positions associated with servitude and violence. Given that, it’s not hard to imagine the uneasiness students of color might feel as they walk, everyday, past these paintings.  A committee recently recommended painting over the offending frescoes.

Members of the George Washington High School community should have the ultimate say in the types of images chosen to represent their school.  But there’s also a backstory to these murals – and other art works like it – that could easily be obscured in this discussion.  A recent New York Times article puts the San Francisco dispute in the context of the many controversies currently swirling over “historical representations in public art”, including protests about “Confederate statues and monuments” that have recently “been dismantled”. While it’s true that Confederate monuments were placed in public spaces – like city parks and courthouse squares – and so might be considered a type of “public art”, the George Washington High School murals are a different order of “public art” altogether.   Both were placed in public spaces but only one took shape as a result of public funding.

The San Francisco murals sprang from a broad government-funded arts initiative, part of Franklin Roosevelt’s New Deal, which made possible the creation of thousands of art projects around the United States in the 1930s.  Part of the Works Progress Administration, these arts initiatives included numerous dramatic performances organized by the Federal Theatre Project; countless posters and murals created by the Federal Art Project; and the mammoth American Guide series as well as oral histories of black and white Americans done under the auspices of the Federal Writers Project.  Significantly, these projects offered employment to artists, writers, dramatists, and musicians hit hard by the economic circumstances of the Great Depression.

In contrast, the money behind Confederate monuments and statues came almost exclusively from…

A century ago – as the rubble from the First World War still smouldered – global leaders came together in Versailles and affirmed a principle that echoes to this day.

Indeed, in the first words of the constitution of the International Labour Organization, it is written “Universal and lasting peace can be established only if it is based upon social justice.”

It was a time of upheaval.

Working people were demanding fair treatment and dignity in work, adequate wages, an eight-hour working day and freedom of association.

The nations of the world knew they must cooperate to make it happen.

And so the International Labour Organization was born.

Despite being among the oldest members of the UN family, the ILO remains to this day one of the most unique gathering spaces in the international system.

Its tripartite governance model is a source of strength and legitimacy.

Workers, employers, and governments come together through dialogue for shared solutions.

Ms. Frances Perkins – President Franklin Roosevelt’s Labour Secretary –recounted how FDR himself was captivated by this idea in the 1930s, long before the birth of the UN.

She said:  “More than once in discussing the world organization, Roosevelt pointed out…” 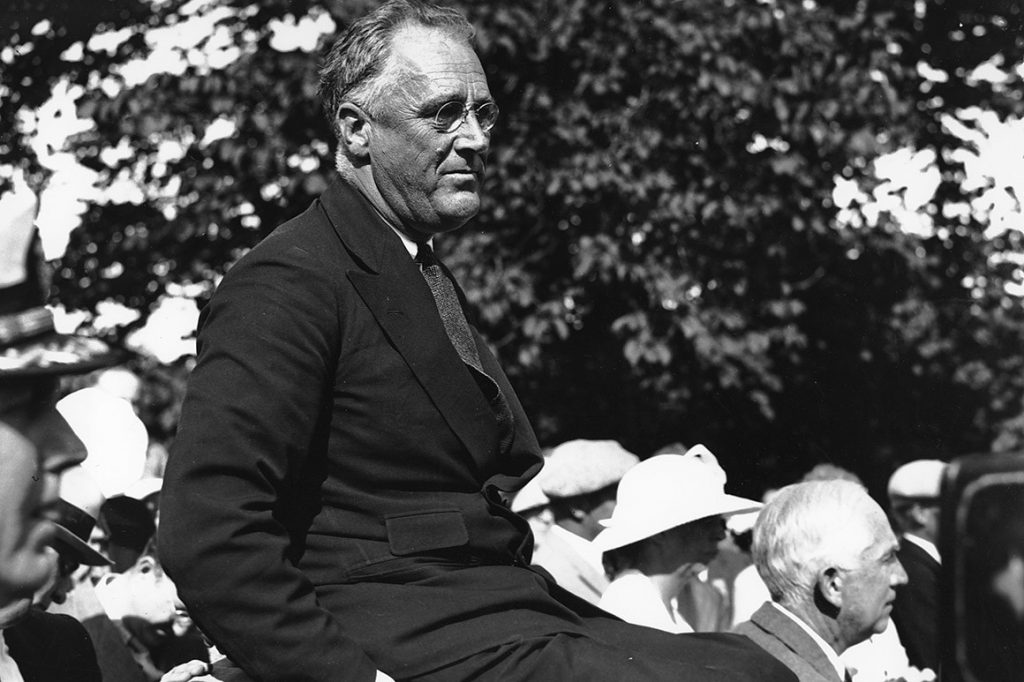 Whooping Cough Killed 6,000 Kids a Year Before These Ex-Teachers Created a Vaccine

After a long day in the laboratory in 1932, Pearl Kendrick and Grace Eldering walked out into the chilly Michigan evening with specially prepared petri dishes, called cough plates, in tow. The two scientists were on a mission to collect bacteria in the wild: one by one, they visited families ravaged by whooping cough, the deadliest childhood disease of their time. By the dim light of kerosene lamps they asked sick children to cough onto each plate, dimpling the agar gel with tiny specks of the bacteria Bordetella pertussis.

As they collected their research samples from “whooping, vomiting, strangling children,” Kendrick and Eldering, both former school teachers who lived together in Grand Rapids, “listened to sad stories told by desperate fathers who could find no work,” Eldering later recalled. “We learned about the disease and the Depression at the same time.”

Using cultures from the suffering children that they “saved and studied in every possible way,” the pair created the first effective vaccine for whooping cough after years of toiling in their lab, growing and identifying pertussis strains from cough plates. Developed at a time when scientific funding was so scarce that lab mice were considered a luxury, the vaccine would go on to prevent thousands of children each year from succumbing to the disease.

In the 1940s, Kendrick and Eldering’s lab also developed the vaccine that most people receive today, called…