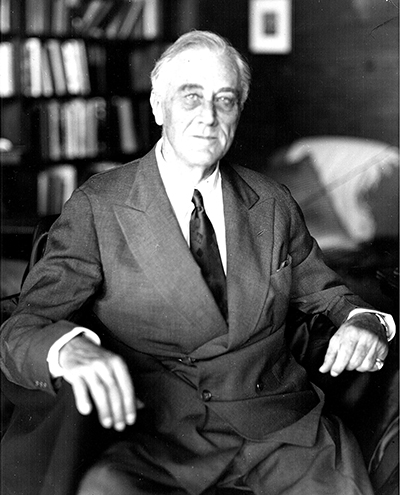 At 1 PM on April 12, 70 years ago this afternoon, a tired and worn FDR sat in the living room of his Warm Springs, Georgia cottage, surrounded by friends and family. As he signed letters and documents, Elizabeth Shoumatoff, the artist who had early taken what would turn out to be the last ever photograph of FDR (left)  stood painting his portrait at an easel nearby. The conversation was lively, the atmosphere congenial. The president turned to Shoumatoff and reminded her that they had only fifteen minutes left in the session. Suddenly, he grabbed his head complaining of a sharp pain. The president had suffered a massive cerebral hemorrhage that would end his life in minutes. America’s longest serving president — the man who led the nation through the Great Depression and World War II — was dead. 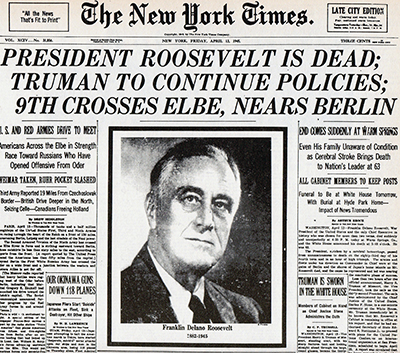 “Take a look at our present world. It is manifestly not Adolf Hitler’s world. The Thousand Year Reich had a ghastly run of a dozen years. Nor is it the world of Lenin and Stalin. The Communist dream turned out to be a political, economic, and moral nightmare. Nor is it Churchill’s world. He was a great war leader, but he was the son of empire, and empires have faded into oblivion. Our world today is Roosevelt’s world.”

As we enjoy this Sunday afternoon, let us take a moment to give thanks to a man who gave his life in crafting the freedoms and privileges we enjoy today.