If you search the internet for the term “gentleman’s C,” chances are you’ll come up with some version of: “a grade given by certain schools (often Ivy League) to the children of wealthy or influential families in lieu of a failing grade” — that’s certainly what I always thought the term meant. But in FDR’s day, the meaning of a “gentleman’s C” was entirely different. A “C” was the grade a gentleman aspired to, so as not to seem too interested in studies and be considered a “grind.”

The able-bodied C man! He sails swimmingly along.
His philosophy is rosy as a skylark’s matin song.
The light of his ambition is respectably to pass,
And to hold a firm position in the middle of his class.

Should you try too hard, you became the stuff of parody, as the “The Grind’s Song” from the 1902 Hasty Pudding Show HI.KA.YA reveals:

To document how much things have changed, I thought you might be interested in seeing the study cards of FDR and Lathrop, president and congressman of the United States, respectively. We’ve recently received copies from the Archives, and will reproduce them for viewing in the Suite. The upper right hand corner reveals their entrance examination results, and year by year grades proceed from left to right across the bottom. 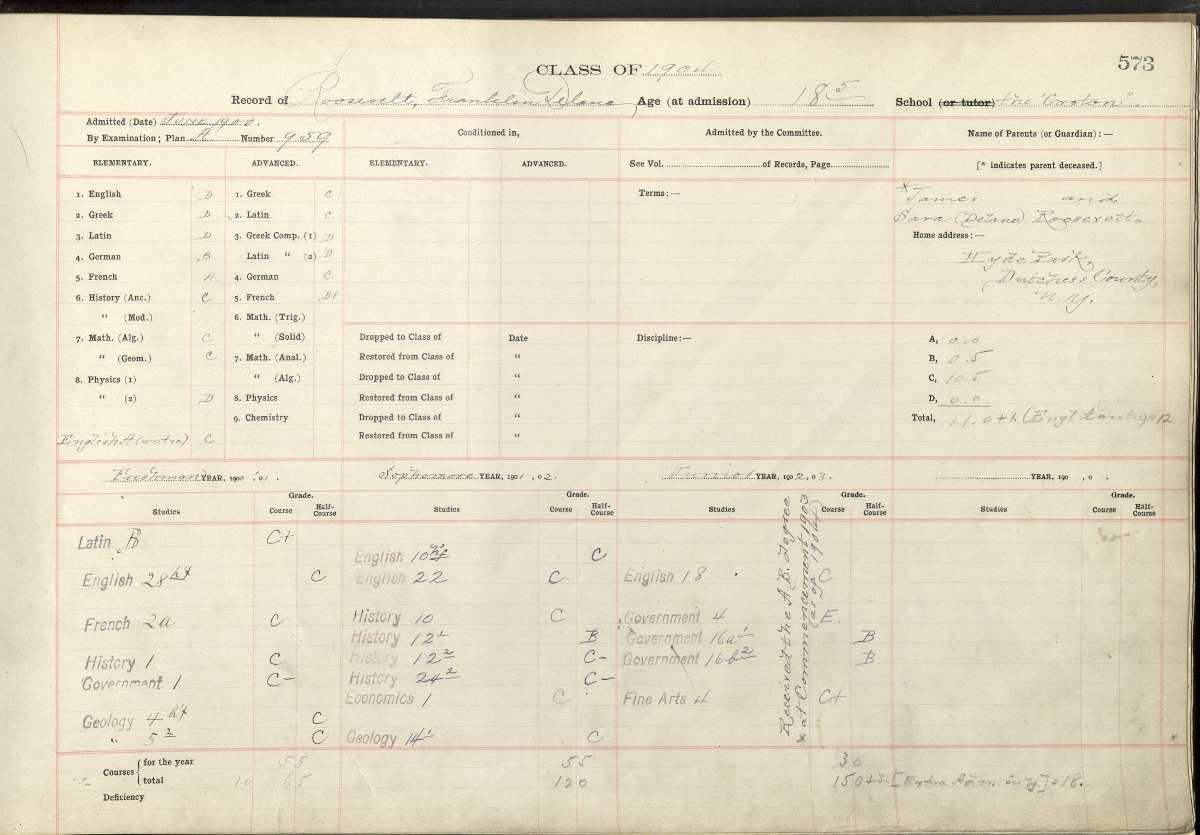 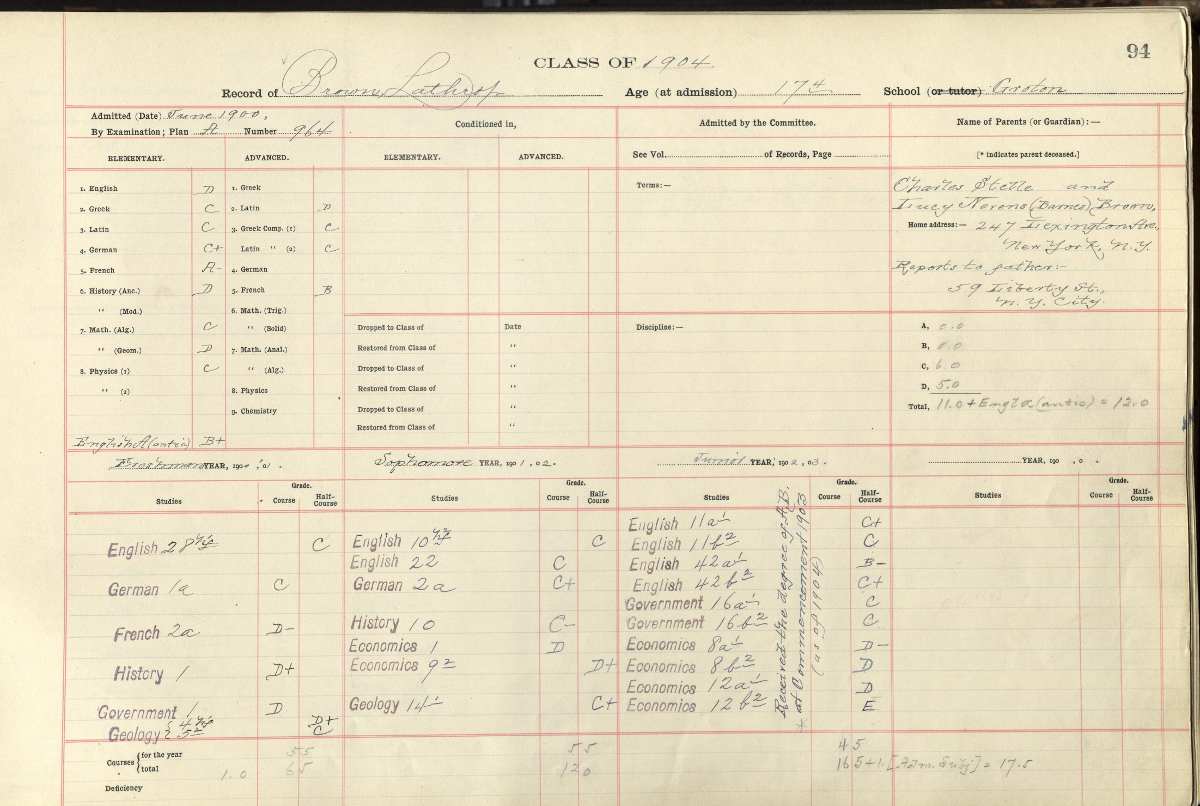