Wow! Of all the topics we’ve covered recently, my previous post certainly caught everyone’s attention, and rightly so. Thanks to so many of you who commented below or wrote me directly. It’s always wonderful to have that level of response.

So, a few updates: Several of you eagle-eyed folks tracked down two more African American faces in the crowd, and Renny Little pointed out quite a number of missing places if you look closely enough – however, only our lone black man sits by himself. At the request of several of you, I did a little poking around the Archives last week, and I believe I can now tell you who our man is. May I introduce James Graham Wolff, ’04: 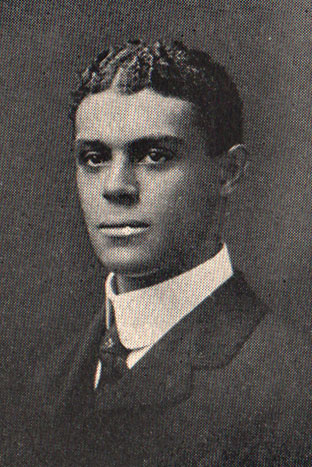 From the 25th Class report: Wolf graduated from the Boston Normal School [a teacher’s college, Ed.] in 1907, and received a certificate to teach in the Boston public schools. The following September he accepted the position of clerk in the office of District Attorney John B Moran, at the same time studying for his LLB.     He writes: “For sixteen years I was attached to the District Attorney’s office, Boston, and since resigning I have engaged in independent practice with a special attention to conveyancing. During the war I was recommend for the Training School for Infantry at Camp Pike, Arkansas, but the Armistice was declared before I was called. Meanwhile, I served on the Boston Committee for Public Safety, including the subcommittee on recruiting. I have always been interested in public affairs, and have been active in many political campaigns  sometimes openly, sometime behind the scenes. Otherwise I have lived very conservatively all my life within five miles of the University, and for many years but one mile from Harvard Square.”

From 50th Class Report: “Last January I retired after four years as Assistant Attorney General for the Commonwealth of Massachusetts, and on retirement was one of the five assistants who were presented with gold cuff links for outstanding service to the District Attorney’s office. My father, who came down from Dartmouth to the Harvard Law School and was a practicing attorney at Boston for many years, was an outstanding officer of the Grand Army of the Republic, rising to be Department Commander of Massachusetts and Judge Advocate General of the national body. My library, which has accumulated for three generations, has now been greatly depleted by the donation of a large number of volumes to Lincoln University in Pennsylvania.”

All in all, quite a testament to courage in that day and age.

And on one final note, while I was poking around, I found Lathrop Brown! 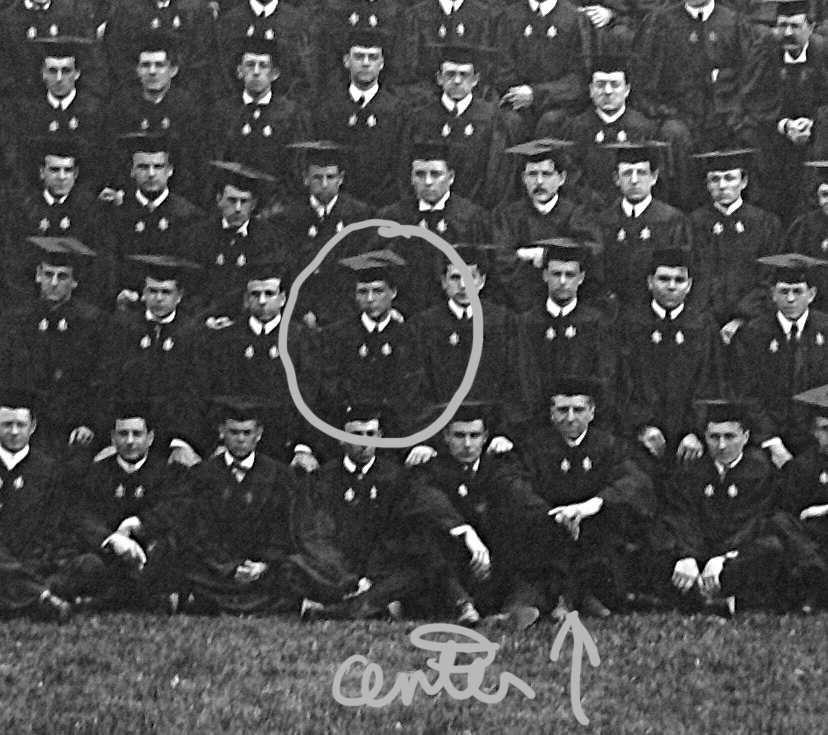 FDR, however, is still at large!

2 comments on “A Missing Place…Revisited”