The FDR Foundation Outside the Ivory Tower:
Aiding Information Professionals in Finland

Disinformation is dangerous. In the United States we’ve seen disinformation campaigns denying the dangers of smoking and the existence of climate change. We’ve seen popular, utterly false narratives circulate about the measles vaccine causing autism and the federal government establishing “Obamacare” “death panels.” There are real consequences to disinformation: it can affect policy decisions, distract or disgruntle the electorate, even alter the outcome of elections.

Generally, “disinformation” refers to distributing information that one knows is false. “Propaganda” is an older term that used to mean “propagation of the truth” but lost positive connotations, especially after WWII. Disinformation could be part of a propaganda or “public diplomacy” campaign but is generally a more specific term.

Globally, the past couple of years have seen an increase in systematic disinformation campaigns worldwide. Finns, along with citizens of many if not most countries, are targets of disinformation campaigns. That’s why, in January 2016, the Finnish government partnered with the FDR Foundation to educate more than 100 officials from 20+ ministries and departments in responding to foreign “Information & Influence.”

A year before, when we met at Adams House to begin the process that eventually led to the seminar, our topical vocabulary featured phrases like “information war,” “hybrid warfare,” and “strategic communication” (in the military sense). By the time we had prepared the January program content, these phrases had been replaced by “influence campaigns,” “changing our narrative,” and “breaking through the clutter.” It was not that the intensity of foreign information campaigns had lessened by 2016 – quite the opposite was in fact the case – but rather that the solutions we seized on were distinctly non-military in both tone and structure. The instructors we recruited were political scientists, diplomats, and campaign managers – reflecting our understanding that Finland’s best defense against destructive narratives was a positive counter-narrative, the delivery of which should be supported by the best available expertise in theory and practice.

We wanted a balance among instructors between academic and field expertise, the goal being to present the political science underpinning influence campaigns accompanied by real-world examples of applications. The foreign instructors included experts on navigating the information space in Brussels, Moscow, and Washington DC, and each was paired with a Finnish expert to make sure we touched on specific situations familiar to the participants. 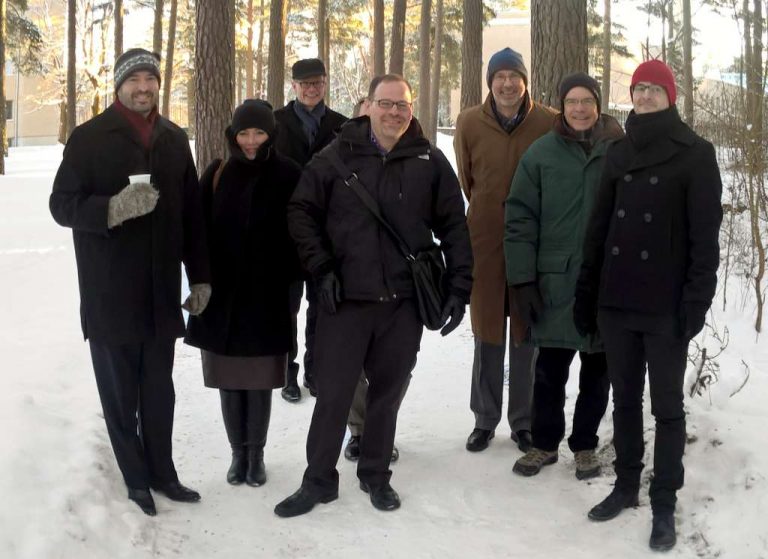 During the seminar, we discussed in great detail how the best defense against disinformation is not simply to refute the campaigns, or, worse, repeat their falsehoods, but rather to respond with an alternative, positive, accurate narrative. We explored how the country’s 2017 centennial creates a great occasion to solicit input from Finns of all ages, regions, and walks of life regarding their vision for Finland’s future. The core lesson of the seminar came down to “if you don’t tell your own story, someone else will tell it for you.”

During the lectures and especially the intensive breakout discussions, we examined various information campaigns aimed specifically at Finns. From anti-EU messages to childcare myths, from NATO rumors to – most timely – asylum seeker exaggerations, we explored how successful campaigns target deep-seated fears and perceived vulnerabilities. As they ought to: a key to successful influence campaigns is knowing the audience and tapping into their concerns, emotions, and preconceptions. This lesson applies for honest and positive campaigns as well as false and dangerous campaigns. That said, most of the negative campaigns we examined that were directed at the Finnish people seemed clearly connected to broader narratives aimed at Europeans in general. One lesson from this discussion was to watch out for local variations on common themes and to target core narratives in responding.

Another point of discussion was the challenging term “Information Warfare” (“infosota”). Some participants felt that “Info War” falsely implies that multiple “sides” are engaging in combat via information. Given that some influence campaigns are conducted honestly, with objective news coverage or educational and professional exchanges, while others involve nothing but dangerous fabrications, many at the seminar felt it wrong to conflate these approaches. Other participants cautioned that we should not forget the deep ideological stakes that a term like “Information Warfare” helpfully illuminates.

I was especially pleased with two outcomes from the seminar. First, our conclusions regarding Finland’s resilience to negative information campaigns. Finland possesses a culture that prizes honesty and transparency, has a history of embracing Western values and the rule-of-law, and is blessed with an educational system that teaches critical thinking skills. All of these factors should invite honest, engaged communication and should help Finns to resist campaigns based on dishonesty. Some American audiences would benefit from these advantages!

Secondly, many seminar participants showed confidence and consistency in describing a Finnish narrative: a clear, longterm, positive vision which can be repeatedly invoked in the face of harmful rhetoric. Most agreed that the 2017 centennial presents a great occasion to unite and inspire Finns to better understand and embrace their past and to project an affirmative vision for the country’s next 100 years. That sort of positive narrative is the best defense against, and response to, disinformation. 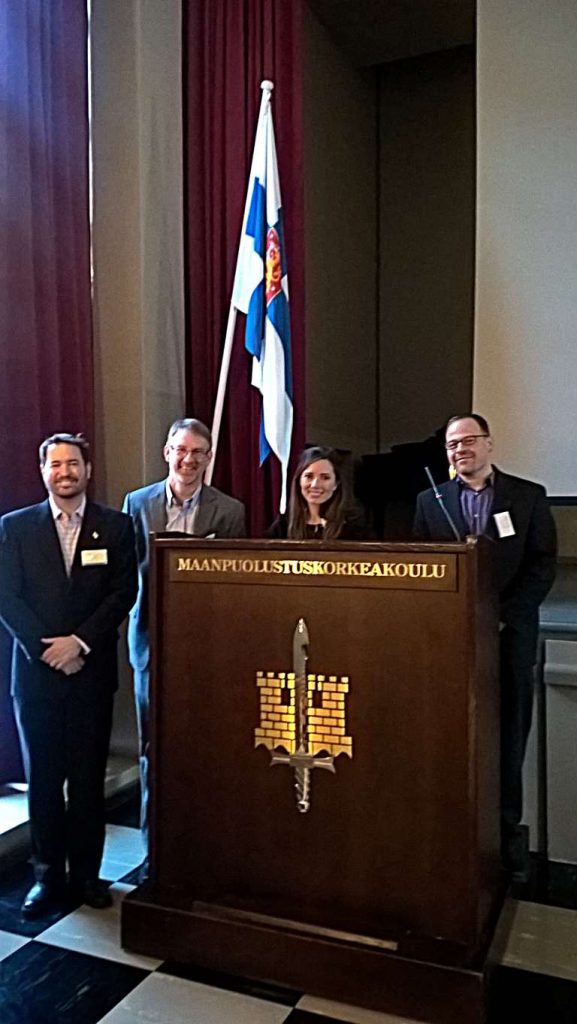 On the other hand, some instructors were disappointed by what we perceived as a lack of audience research in Finland. Deep knowledge of one’s audience and an understanding of which specific components of disinformation campaigns’ appeal and why is essential to effective communication (for example, to identify legitimate concerns that sometimes lie behind susceptibility to propaganda). We hope to see more polling and focus groups in the future around both perceptions of foreign information sources as well as opinions on a positive Finnish story. High-quality, audience-oriented, accurate information that puts the audience first will both bolster resilience in the face of negative campaigns and be useful for Finland’s own diplomacy, including economic diplomacy.

Our hope is that those who participated in the seminar are now better prepared to recognize and respond to foreign information campaigns and equipped with the latest in political science research and public diplomacy tactics to relay the Finnish narrative. By telling your own story more effectively, the hope is to be able cut through the noise in the international information space and prevent disinformation from dominating the headlines.