Join Philippe Le Corre, Visiting Fellow at Brookings, for a far reaching discussion on foreign influence from plebiscites such as Brexit to more hands-on interventions in Central Asia.

How do Europeans really feel about next week’s US election? Why is Kremlin-backed media broadcasting that the election will be “rigged?” Where does Beijing stand? What does the future hold for foreign interventions in democracies? What does a true global citizen need to know?

SIGN UP HERE to attend this off-the-record Fireside Chat with Philippe Le Corre.

12 attendees only, preference given to undergraduates – please do not sign up unless you plan to attend. 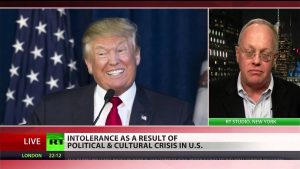 Philippe Le Corre has been a Visiting Fellow in the Foreign Policy Program at the Brookings Institution since 2014. He is also a Lecturer at Johns Hopkins University and Sciences Po Paris and is the co-author of a recent book, China’s Offensive in Europe (Brookings Institution Press, 2016). His background includes a stint as a senior adviser to France’s defense minister and as deputy mayor of a small coastal town in France, in addition to 15 years as a foreign correspondent in Asia and Europe. He was a 2003-2004 Fellow at the Weatherhead Center for International Affairs at Harvard, and chaired the Harvard Club of France from 2010 to 2012.