We’re delighted to announce that thanks to a $20,000 donation from a supporter who wishes to remain anonymous, we’ve been able to bring two fantastic projects to fruition: The FDR Suite Timeline, and a new presidential biography, FDR: A Life in Pictures. Both are outlined in the short intro to our new book,  included below. The 150 page volume, which given its origin, pays special attention to FDR’s Harvard connections, should appear next month and will be available from Amazon, Barnes and Noble, and bookstores worldwide. Sales, of course, to benefit the Foundation, so start thinking Christmas and birthday gifts to your favorite FDR fan! 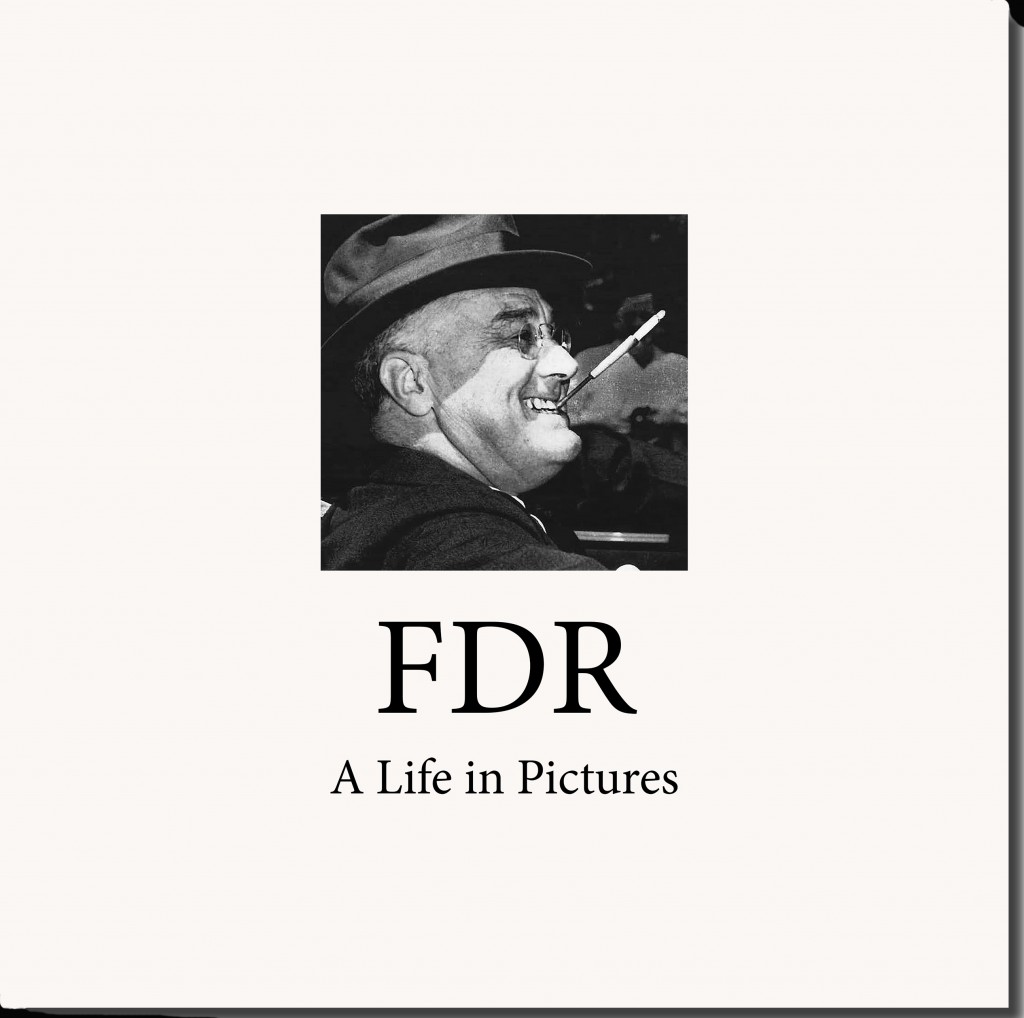 The origins of this book are, like many I suppose, serendipitous. During visitor tours of FDR’s newly restored student rooms at Adam House, I noticed that many of our guests had questions as to where, exactly, the FDR Suite stood in the grand scheme of things. Did Roosevelt have polio when he was at Harvard?  Did we have pictures of the president as a student? How exactly did FDR get into politics? What were his later relations with the University? When exactly was he governor of New York? Wasn’t Roosevelt also the secretary of the navy before coming president? What about Sara? What about Eleanor…? Just enough time has passed since FDR’s death in 1945 to make the general outline of events slightly fuzzy for many, so I proposed building a simple illustrated exhibit in the hallway outside the Suite to place the restoration in the larger historical context of FDR’s overall life.

Simple. Yes, simple. That was the original idea. A quick, easy project. But there is nothing simple about Franklin Delano Roosevelt, his life, his family or his political career, and given that we only had ten feet of wall space to cover the events  of 63 eventful years, deciding which life moments were singular enough for inclusion became an almost impossible triage. I must admit to having felt rather daunted — that is until I had another grand idea, to consult my good friend and member of the Foundation’s historical advisory board, Dr. Cynthia Koch, the Past Director of the FDR Presidential Library and Museum at Hyde Park. Cynthia was kind enough to donate hours of her spare time to guide me through the thousands of pictures available from the FDR Library, and with her help and counsel, our exhibit was born. Still, there were so many wonderful images left over, so many interesting aspects of the FDR legacy necessarily left out, that I felt strongly we ought to combine our top selections into the volume you now hold.

This book is in no way meant to be inclusive or definitive; you would need a thousand pages for that, and perhaps still fail. What it is meant to do, and what I think it uniquely succeeds in doing, is to give a real sense of the multi-faceted richness of FDR’s life and times. In most of his biographies to date, illustrations are small and necessarily limited to a few pages. That’s a shame, as FDR’s life coincided with the great advance of photography that made it possible for the very first time to document events in actuality, rather than merely descriptively. FDR’s privileged childhood comes so much more alive when he is seen dressed in his perfectly tailored riding outfit, ready for the canter; the vivaciousness of his youth is immediately evident as a strikingly handsome FDR sits at the polished wheel of his sailboat, steps off a bi-plane or whizzes across the frozen Hudson in an ice-yacht; the inexperienced first-time candidate is amusingly revealed as he peers down his pince-nez; the boy-grown-to-man standing with a newly married Eleanor and — as always — mother in between, tells volumes; the travel-weary face returning from Yalta painfully etches in place the ravages of wartime office and responsibility. The Dustbowl, the breadlines, the wheelchair, the smoke over Omaha beach: these pictures speak as no words ever could.

To the 70-plus full-page pictures that form this extraordinary visual chronicle we’ve added explanatory captions, many extended, which attempt to give the reader some sense of how each photo relates not only to FDR’s life, but also to American history as a whole. Some of the images in this book have never been published; some have been published the world over; all of them are revelatory, a few extraordinarily so. None, however, are more extraordinary than the man we remember as Franklin Delano Roosevelt, and it’s my hope that FDR: A Life in Pictures provides a suitable tribute to one of the most remarkable figures of the 20th century.