Every four years the spectacle is the same: vast quantities of resources, both human and environmental, are squandered in the construction of brand new Olympic venues, only to have them lie partially (or totally) unused after the games. Inevitably the contracts to build these facilities are mired in corruption, involving bribes and payouts to local officials and questionable gifts to Olympic dignitaries, while the venues themselves are often so shoddily built that they fail even before the games begin. The latest Olympics in Rio have brought all these problems to the fore once again in an even more glaring light: from athletic housing built on public land later to be sold to wealthy condo buyers to malfunctioning swimming pools filled with sewage water to the 150,000 poor displaced by the new venues and perhaps most insultingly, to the huge colorfully painted concrete walls hastily built to hide the slums from wealthy visitors on the way to the airport — all this, while on the other side of the wall, everyday Brazilians suffer from a dysfunctional government that leaves its citizens in squalor, unable to provide even the most basic services. As one resident summed it up grimly to the New York Times: “The wealthy play, and we die.” 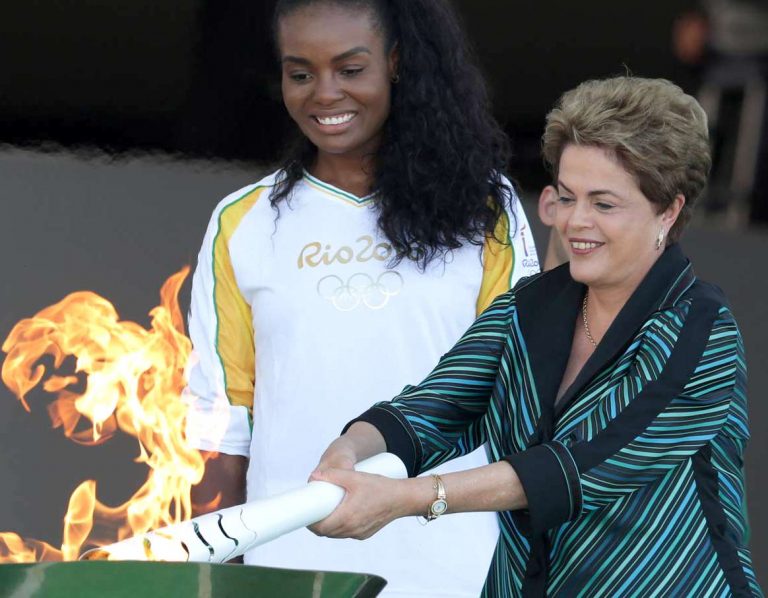 When the modern Olympic games were first held Athens in 1896, they were a resounding success, and the intention of many of the founders of the new International Olympic Commission (IOC) was that the games would be held permanently in Athens. Certainly George, then King of Greece, thought so, urging the games to remain in speech after speech, even offering financial inducements to the IOC. So did the first ever American delegation, writing in a letter: “The existence of the stadium as a structure so uniquely adapted to its purpose; the proved ability of Greece to competently administer the games; and above all, the fact that Greece is the original home of the Olympic games; all these considerations force upon us the conviction that these games should never be removed from their native soil.” However, Pierre de Coubertin, the French intellectual who had conceived the idea of reviving the games in the first place, was unconvinced. As quoted in a recent article in the Atlantic, Coubertin noted in his memoirs that such ideas were mere “nationalistic fervor” on the part of Greece. “No one could seriously believe for a moment that Athens would be able to go on indefinitely every four years making the supreme effort required for the periodic renewal of the organization and the financing.” Ironically, “nationalistic fervor” is precisely what really motived Coubertin, and rather unsurprisingly the 1900 games moved to his beloved France. Thus the disastrous cycle of changing venues every four years was set in motion, all under the false banner of promoting “peace and international spirit.” This might have made some small sense in an age before television, as it gave citizens of various countries a once-in-a-lifetime chance to view the games. However, today in an era when 99.9999% of the Olympic audience is not physically present at events, the actual location of the games is irrelevant.

Then of course there is the matter of ruinous cost. Russian president Putin spent 50 billion dollars on the winter Olympics in Sochi, the most for any games ever. Much of it was siphoned off into the pockets of cronies, and today the site sits virtually abandoned with many of planned buildings still incomplete. Montreal didn’t finish paying for the 1976 Olympics till 2006, and only two games — both held in Los Angeles — have ever came close to covering the costs for their host cities, and then only because LA reused the Olympic venues from 1932. So murky have the economics become that Boston, proposed for the 2024 games, withdrew itself from consideration after voters wisely woke up to the threat of cost overruns and service disruptions caused by the proposed new construction.

Enough is enough. It is time to return the summer games to Greece permanently. Anyone who has read any news in the last year knows that Greece could desperately use the tourism and international exchange that the Olympic games would provide. Like LA, Athens could profit from the games, as they already possess the venues from the 2004 Olympics, most of which are sitting abandoned and falling to ruin according to a 2014 Daily Mail article. If we truly care about sustainability, if we truly want “peace and international spirit,” then its high time we admit that expending billions of dollars on constructing new venues every four years when so many around the world remain in want is not only criminal but sinful. Let the Olympic flame return to its home in Greece once and for all, reminding us that it is meant to represent the best of human spirit and endeavor, not the fire of human greed and corruption.