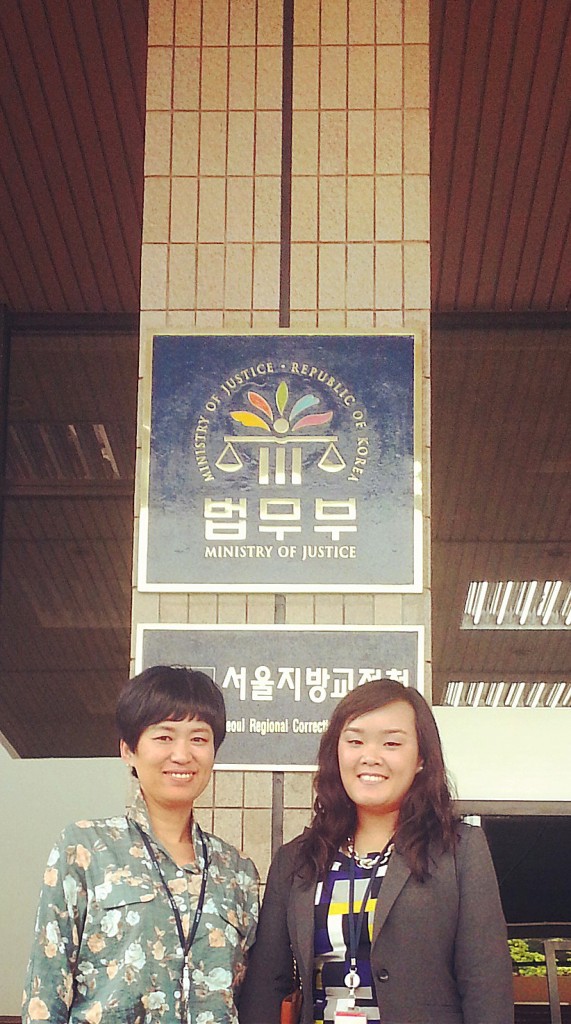 At the Ministry of Justice with Mi-Young Ahn, the Chief Prosecutor of the Human Rights Policy Division.

My first few weeks in Seoul have been incredible in more ways than one. First and foremost, despite initial challenges securing interviews in Korea, I was able to utilize family connections to obtain diverse and fantastic contacts. One highlight was having the chance to go to the Ministry of Justice (the equivalent of the U.S. Department of Justice) to interview the Chief Prosecutor of the Human Rights Policy Division. Not only was her interview incredibly helpful, she also had her staff prepare literature on human trafficking in South Korea for me to take back. Having the opportunity to actually come to East Asia to research on the ground has been very rewarding. I am learning so much more from independent research than I did from classes and books. I have a new-found appreciation for this fight against human trafficking that so many amazing people are engaged in. I am also learning to appreciate the huge challenges of conducting independent research, particularly on a topic as controversial and nuanced as human trafficking policy changes.

So, what drives human trafficking policy changes? Is it NGOs, the media, political will, or foreign pressure? The easy answer is that it is all of the above factors. However, one thing I have discovered is that the way the issue is framed and the word choice used is incredibly important for the creation of policy changes. My interviews have suggested that details such as the type of trafficking (e.g. labor trafficking, sex trafficking), a victim’s gender, or nationality can be crucial to the popularity of a news article or the viability of a policy change. For example, in South Korea, combatting human trafficking becomes much more politically contentious when it is in regards to North Korean refugees. 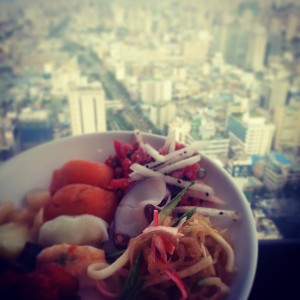 On a lighter note, Seoul is the coolest city I have ever been to. It is so modern and efficient on one hand, but on the other, it is not difficult to find ancient history and culture. Seoul is also very convenient in that there are so many places to eat, shop, and hang out. It feels like such a big city not only in population, but also in area–it almost seems to me like there is a different metropolitan city at each subway stop. Overall, I am having a wonderful experience in Seoul.