In years past, the course, Introduction to Congress, had a reputation as one of the easiest at Harvard College. Some of the 279 students who took it in the spring semester said that the teacher, Matthew B. Platt, an assistant professor of government, told them at the outset that he gave high grades and that neither attending his lectures nor the discussion sessions with graduate teaching fellows was mandatory. “He said, ‘I gave out 120 A’s last year, and I’ll give out 120 more,’ ” one accused student said.   New York Times, August 31 2012

As the College’s indelicate cheating scandal unfolds in unexpected directions (I would like to know: what is the purpose of an open, take-home final exam, anyway?) many have commented that today’s pressure to succeed fosters a culture of students shopping for classes with easy A’s, rather than subjects of material worth or interest. Such classes are called ‘gems’ by the current undergraduates. However, this practice of searching for the easiest route is hardly new. In FDR’s time, easy courses were called “snaps” (as in “Was it easy?”  “Sure, a snap”). Nathaniel Shaler’s immensely popular and notoriously benign Geology 4, which FDR took freshman year, was one such, and if the Lampoon is any guide, ‘snaps’ were as sought after as ‘gems’ are today: 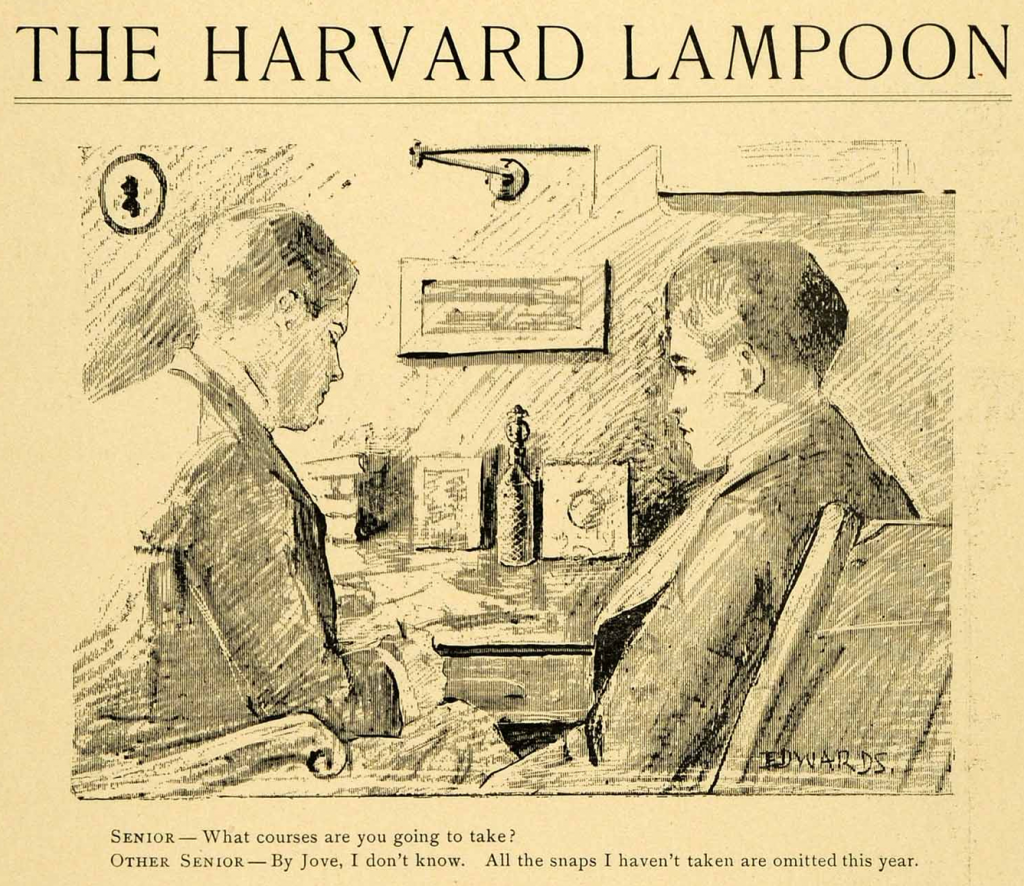 The only difference between then and now would seem to be motivation: today’s students have an ever wary eye open to graduate and professional schools, while I’d guess FDR’s pals were more worried about finding sufficient time for  “chorus girls and lots of fizz.”

2 comments on “Shopping for Gems and Snaps”