During World War II, as FDR developed his vision for a post-war global order, he made a surprising decision. Against the wishes of his closest ally, Winston Churchill, FDR envisioned a world where China played a leading role as a great power. Given China’s dim prospects at the time, Roosevelt’s prediction was remarkably foresighted. 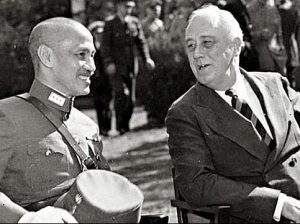 Come learn about the main trends that will affect China’s strategic behavior in the near future with the European Center of Excellence for Countering Hybrid Threats (Hybrid CoE), a joint EU-NATO project.

Experts from over a dozen EU and NATO countries will be at Adams House in April preparing a set of reports on the internal and external factors that will drive China’s strategic behavior over the next few years. The experts* have agreed to share their initial findings with the Harvard community on Friday, April 26, 11:00am-12:30pm, in the Lower Common Room of Adams House (26 Plympton St., Cambridge).

*Gunther Hauser, Una Bērziņa-Čerenkova, Matti Nojonen, and Juliette Genevaz will be presenting on behalf of the 14 experts

More information on the Hybrid CoE, below.

The European Center of Excellence for Countering Hybrid Threats (Hybrid CoE), joint EU-NATO Center of Excellence is an international hub operating through our networks of practitioners and experts. Our goal is to build member states’ and institutions’ capabilities and enhance EU-NATO cooperation in countering hybrid threats.

The functions of Hybrid CoE include the following: