We are ever so DEE-lighted to announce that Dr. Cynthia Koch, the past director of the FDR Presidential Library and Museum at Hyde Park, will be joining the Foundation as Historian in Residence and Director of History Programming. 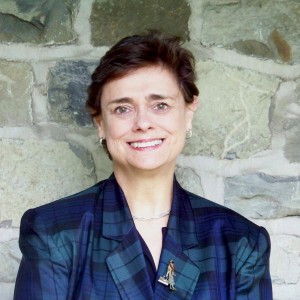 Cynthia’s distinguished academic record (below) speaks for itself. What I would like to add is that working with Cynthia has been truly a delight. I met Cynthia at almost the very beginning of our quest at the FDR Suite, when on a lark I called the FDR Library and boldly asked to speak to the director. I was eager to let the Library know of our new endeavor, but I wasn’t really expecting her to take my call. Instead, after I announced myself, her secretary put me right through, with the note “it’s pronounced COOK, not KOCH. Suitably prepared, I offered, “Director Koch, thank you for taking the time to speak with me,” in what I hoped was my best professional voice. “Oh,” she answered “it’s always a pleasure to meet another FDR fan, and it’s Cynthia, please.” She had me right there with her friendly, no-pretense spirit, and through all the ensuing research requests and demands on her time, Cynthia was never anything but hugely patient and helpful. Now, with her retirement from service with the National Archives, she has once again showed great kindness and dedication to the FDR cause by agreeing to become our historian in residence.

Cynthia will in fact be “in residence” though still living near Hyde Park, New York. Several times a year she will occupy the Suite, conducting programs for undergraduates and alumni, making Adams the very first house to have its own presidential historian. But even more importantly, Cynthia will become the director of history programming for the extensive upcoming list of Foundation events scheduled the 2016–2018 academic years, in particular with the 75th anniversary of Pearl Harbor this December; the year-long celebration of the 85th anniversary of the Good Neighbor Policy in 2017; and the 120th anniversary of the Spanish American War in 2018. She looks forward this fall to offering programming that explores the political legacy of Eleanor Roosevelt in light of Hillary Clinton’s bid for the presidency.

Cynthia’s appointment to the Foundation, which comes with a dual appointment to Harvard as a member of the Adams House Senior Common Room, begins July 1.

Cynthia M. Koch received her B.A. from Pennsylvania State University and her M.A. and Ph.D. from the University of Pennsylvania. She was the Director of the Franklin D. Roosevelt Presidential Library and Museum, Hyde Park (1999–2011), and has been on special detail for the National Archives and Records Administration for the past five years. During 2013–2016 she served as Public Historian in Residence at Bard College, where she taught courses on the Roosevelts as well as public history. Cynthia has also served as associate director of the Penn National Commission on Society, Culture, and Community, an international leadership group of scholars, political leaders, and shapers of public opinion, convened by the University of Pennsylvania; executive director of the New Jersey Council for the Humanities; and director of Old Barracks Museum, a Revolutionary war site in Trenton, New Jersey. She is the author and editor of works on Roosevelt, the presidential library, culture wars, and scholarship in history museums, including “Franklin D. Roosevelt and the Sea: From the Atlantic to the Pacific”; “Portugal, the Azores, and the United States in the Roosevelt Years”; and “Franklin D. Roosevelt: A Short Biography” in the proceedings of three conferences on Franklin D. Roosevelt held in the Azores (Fórum Açoriano Franklin D. Roosevelt) by the Luso American Foundation (2008, 2010, 2012). Also “Franklin Roosevelt’s Dutchness: At Home in the Hudson Valley,” in Dutch New York: The Roots of Hudson Valley Culture; “Roosevelt and His Library,” a special anniversary issue of Prologue—Quarterly of the National Archives and Records Administration; and FDR: A Life in Pictures. Most recently she reviewed Roger Daniels’s new biography, Franklin D. Roosevelt: Road to the New Deal for Indiana Magazine of History (forthcoming, September). Other publications include “The Contest for American Culture Revisited,” an update of “The Contest For American Culture: A Leadership Case Study on the NEA and NEH Funding Crisis,” a chapter for Funding Challenges and Successes in Arts Education, Siu Challons-Lipton and Richard Emanuel, editors (Hershey, PA: IGI Global Publishing, forthcoming); and “What About a Jobs Program”? Huffington Post, June 15, 2015,