It’s been said you can tell an age by its advertising, and to the extent we possess the records, the adage seems to be true: ancient graffiti on the walls in Pompeii bring 2000-year-old elections alive like no tract from Cicero ever could;  miniature manikins – dressed in the latest crinoline and lace and sent from Paris to the Colonies as ads for the newest fashions – reveal more about 18th century costume than a whole page of pallid text.

Fortunately for us, the world of FDR’s Harvard is ripe with similar examples that give tone and timbre to the age – if you know where to look. To that end, we’ve been acquiring actual periodicals from January to June 1904 for the Suite (including, too, a spectacular bound copy of the Crimson for 1900-1901) so that a visitor might casually pick up Harpers Magazine or Colliers, and flick through the pages just as if they had popped in for a few hours in May of 04.

I wanted to show you a few of my favorites pieces from this collection, which to my mind at least, make you realize how much the world has truly changed.

This first one is a classic. 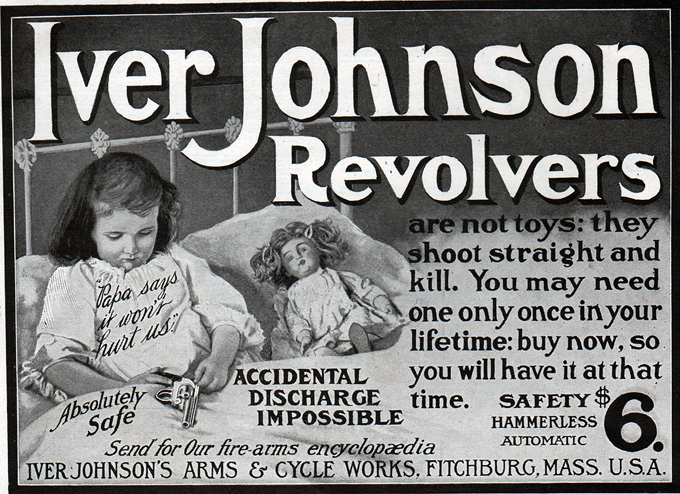 What else can I say? Papa told me so!

We tend to forget too that personal hygiene has been revolutionized in the last century. Imagine a time with no deodorants? 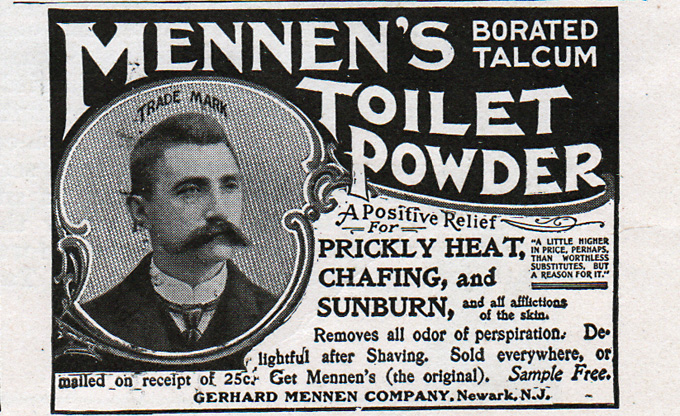 And, as we are blistering through another baking summer, how about a world of binding clothes and no air conditioning? 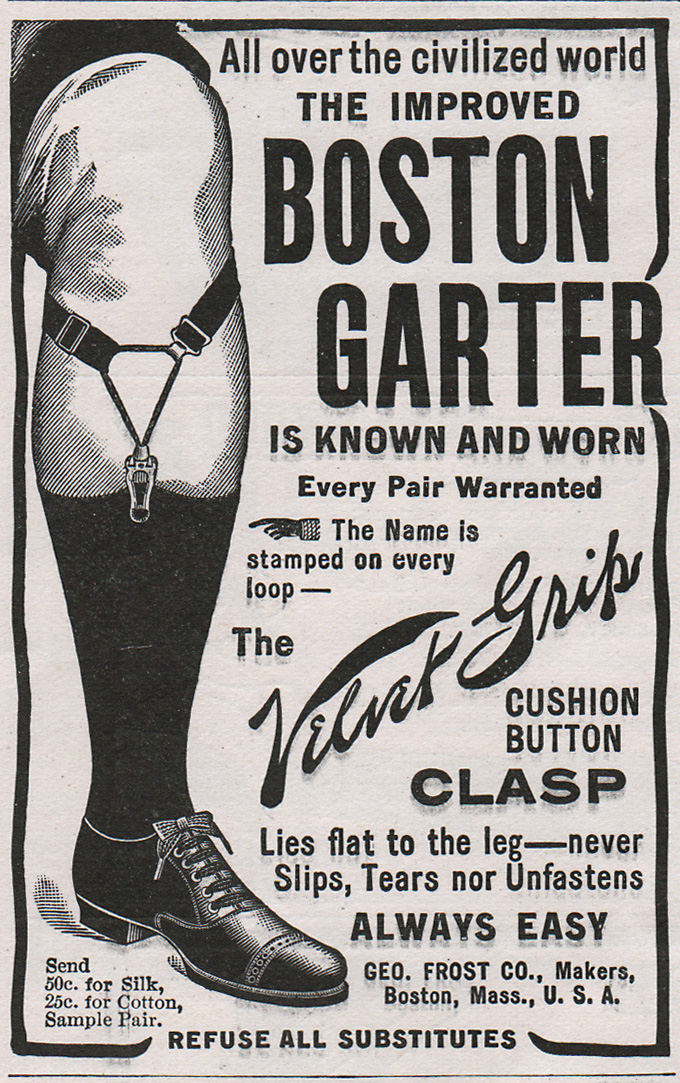 And here’s something that totally fascinated me. Throughout the Crimson pages, I found example after example of this ad: 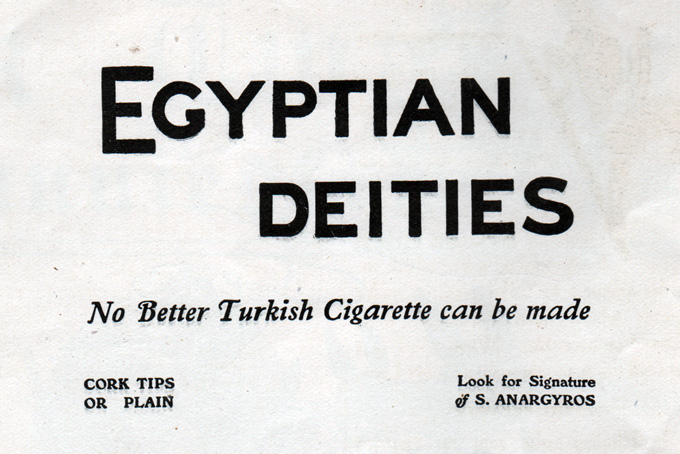 Beyond the name, which I thought totally cool for a cigarette (Egyptian Deities was the model for an upstart American knock-off, Camels) there was the fact that many of these ads simply proclaimed “Egyptian Deities” without a single word of explanatory byline –  the brand was so famous at Harvard to need no further introduction.

(Just like another ad I found again and again in the Crimson: Harvard University Training Tables: 15 Bow Street. YOU ALL KNOW YOUNG! “No I don’t know Young,” I’m grumbling to myself, frustrated, “tell me who he is!”).

In this case however, a thought occurred:  Lapes and Frank both smoked. Surely there would have been cigarettes in the Suite. Could some of these Deities cigarettes have possibly survived from that time? If so, what a coup to track some down!

Well, a quasi-coup, as it turned out… 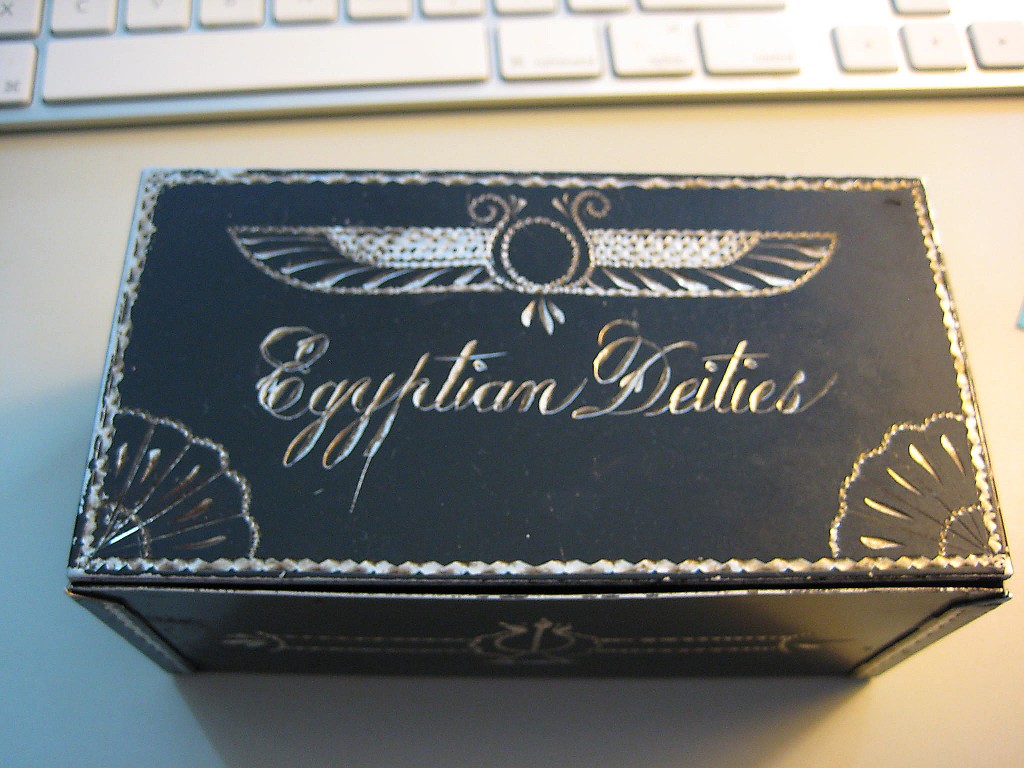 Sans cigarettes, but an actual 1900 Deities tin nonetheless, procured on EBay for $15, now destined for the Suite!

How’s that for divine intervention?