By Nina Jankowicz, in “The Wilson Quarterly” 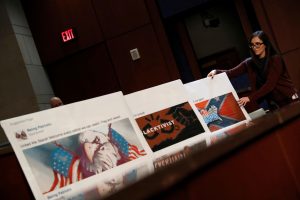 The most illuminating conversations I’ve had about Russian disinformation have not been with ex-Cold Warriors, Russia hands, or government officials. They have been with the people that – according to many of those I just listed – are purveyors of disinformation themselves.

“I don’t believe in fighting [against] information. That’s what the communists did,” Jaroslav Plesl, the editor-in-chief of Dnes, the Czech Republic’s second-largest daily newspaper, told me in January 2017, just after the Czech government unveiled a new center to fight terrorism and so-called “hybrid threats,” including disinformation.

I caught a lot of flak for publishing a quote from that conversation in an editorial on how to fight fake news. A Czech friend in the anti-disinformation field told me that while he didn’t think Plesl was on the Kremlin payroll, he might as well be, given all he and his publication do to amplify the Russian state’s narratives.

My friend won’t be happy to find out that on my last trip to Prague, I met with an editor at Parlamentní Listy, one of the most popular fringe media outlets in the country. It is often accused of having Kremlin ties. Whether or not that’s true, Jan Rychetský, the editor with whom I spoke, described his employer’s strategy very simply: “We try to speak to the people that no one from the mainstream media speaks to.” …

Read the rest of Nina Jankowicz’ piece in “The Wilson Quarterly,” here: