I’ve commented often in this newsletter about how, occasionally, things just seem to fall into place by themselves, almost as if they were destined to be.

A few weeks ago, I noticed that my favorite used book seller was going out of business. The owner, a charming lady “d’une certaine age” had decided to retire and spend more time with her children in California. All books 70% off. Titles under $10 –  $2.

I grabbed the Foundation checkbook and headed right over.

(You’ll remember of course that FDR was an avid bibliophile, and I’ve been complaining in past articles how difficult it was to obtain the quality of books we know would have been in the Suite for anything close to a reasonable price these days.)

Let’s just say this time I hit the mother load.

I won’t bore you with a complete list – I acquired a dozen or so leather bound titles for under $250 – but I do want to share with you the most remarkable: The World: Its Cities and Peoples.

This 10 volume set was published by Cassell sometime around 1882, the year of FDR’s birth. It’s undated, but from the references in the text it’s obviously early 1880’s. It was published by subscription only – probably 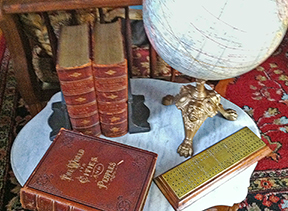 because of its high cost – and is perhaps the most comprehensively illustrated set of Victorian volumes I have ever seen. Almost every other page is covered with the most exquisitely detailed engravings, which by their portait-like nature almost certainly were done from photographs. There are literally a thousand pictures over the 1800 odd pages, perfect snap shots of a time before mass travel had homogenized cultures across the globe. And speaking of globes, you may remember our almost miraculous acquisition of an 1882 globe a few years back…. Now you can spin our globe, drop a random finger, from Timbuktu to Toledo, and have a good chance of finding a picture in our new volumes showing you exactly what life was like at that point in time and space.

What do you suppose the chances of that are? If I were a betting man, I certainly wouldn’t take that wager.

At any rate, I’d like to take you on a little whirlwind tour across the world of 1882, first to Greenland (which still had some ice) to see the Eskimos: (Click on any image to enlarge.) 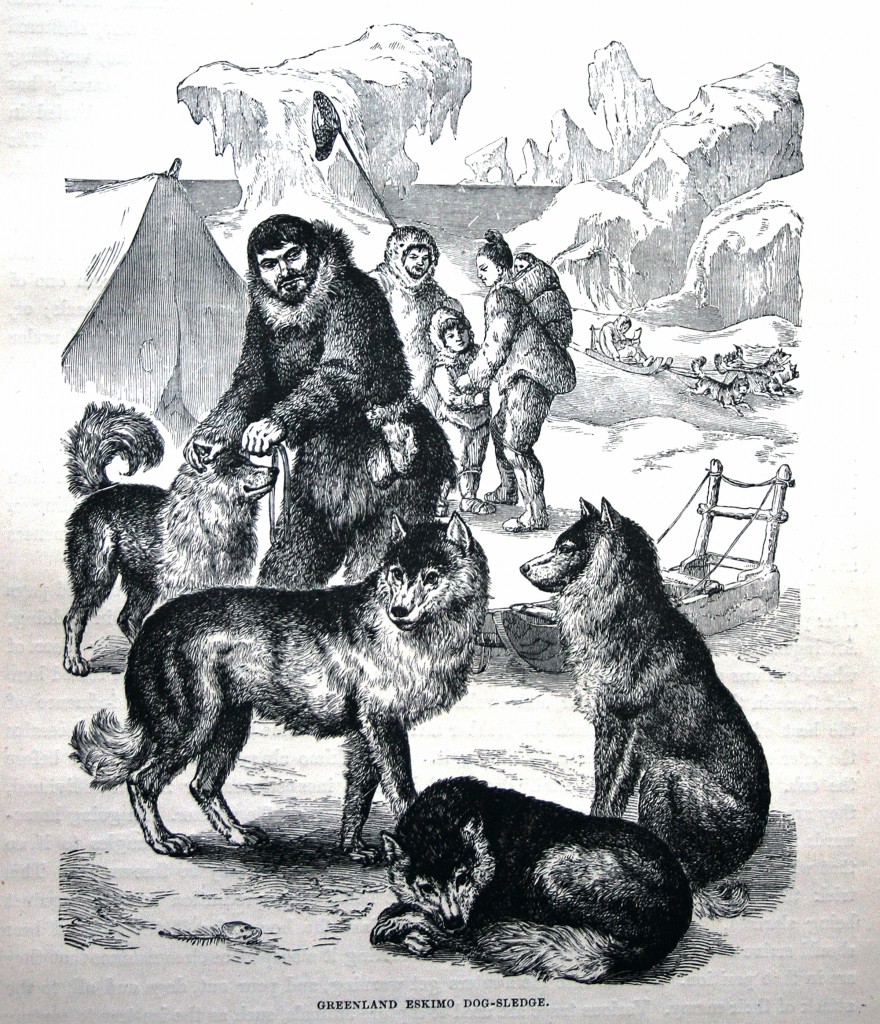 Next we’re off to Amsterdam before the hordes of tulip-seeking tourists ever dreamed of garden travels, where we witness a riotous local street scene: (Note the vegetable vendor actually wearing wooden shoes.) 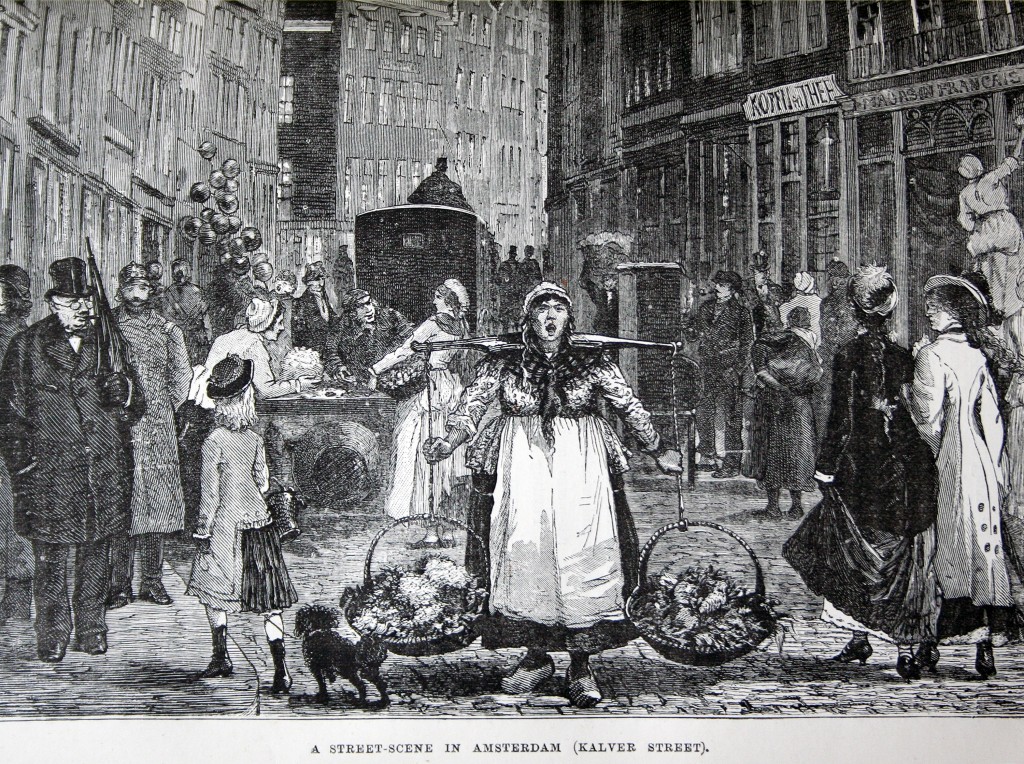 Then, down to sunny Spain, to the heart of Madrid where a water seller sits quietly in the shade with his dog, waiting for trade. (Note the sheepskin pants! Just having been to Madrid with HAA travels, I can guarantee you this sight is long gone.) 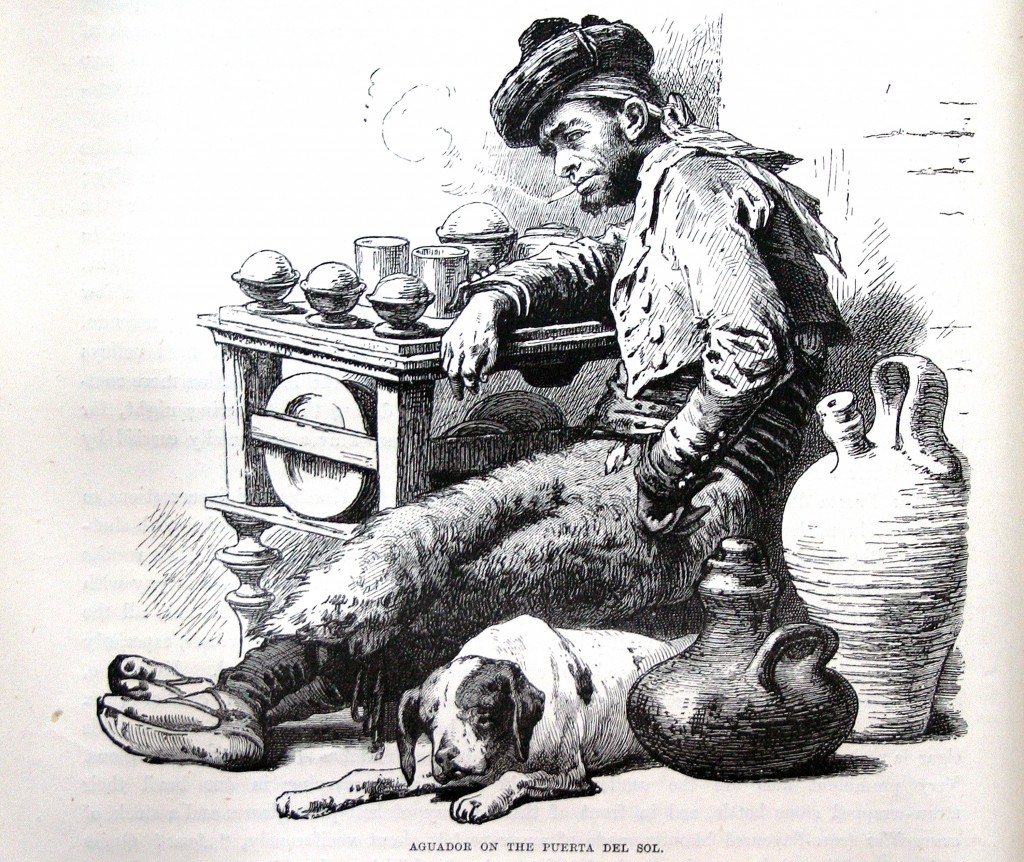 Now, a quick stop in the mysterious Near East, where a Bedouin greets us with his steely gaze: 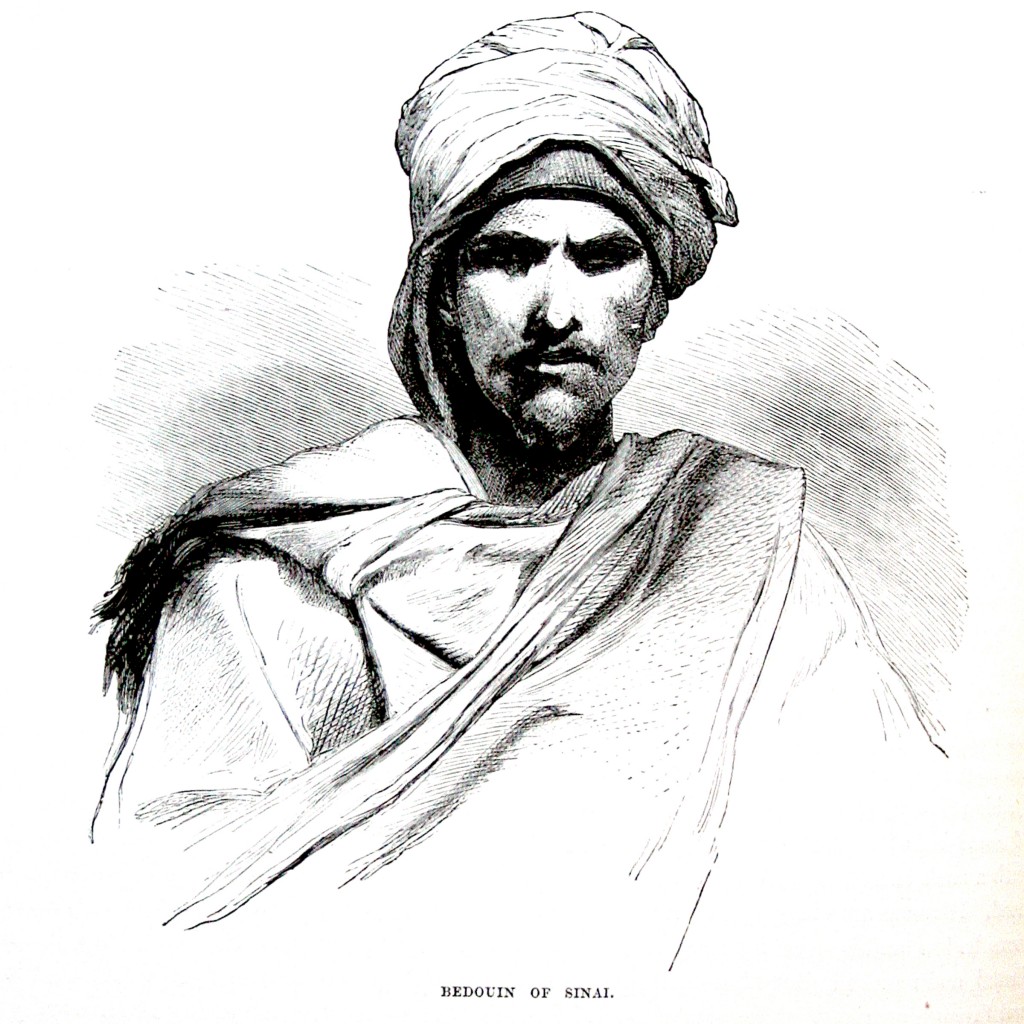 Off now across the Pacific to our western shores, for a stop in the most amazing boom town in America, San Francisco. The building in the distance is the famous Palace Hotel, the largest in the western United States,  renowned for its innovative luxuries like electric call buttons in each room, private baths, and “rising rooms” (elevators) to whisk passengers to their intended floor. 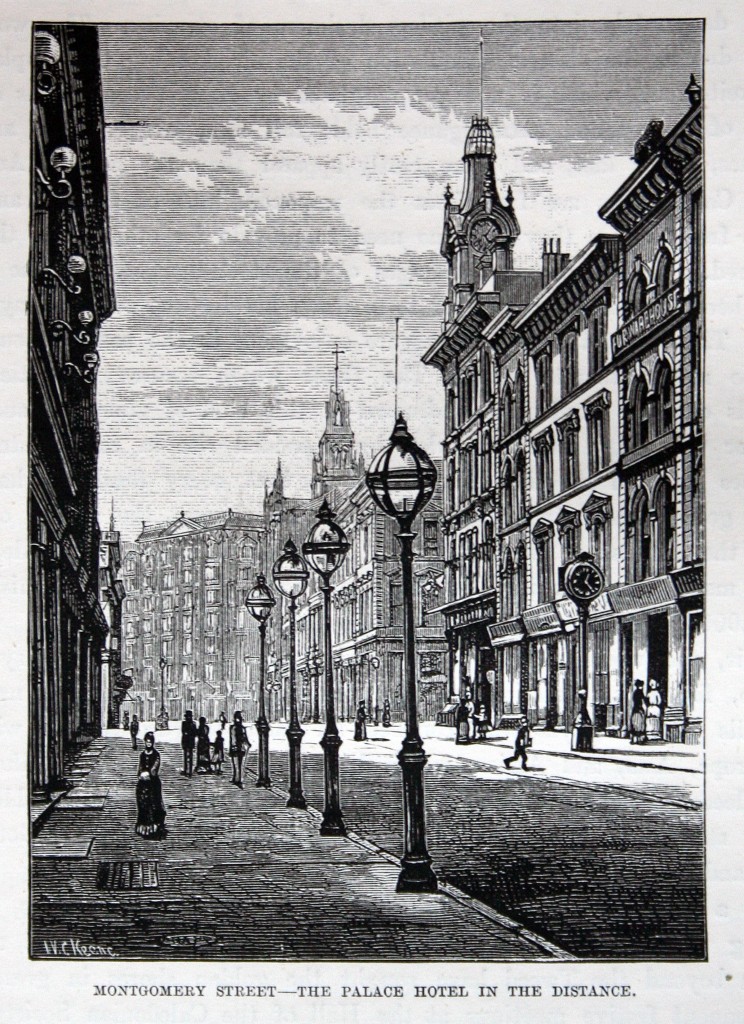 It was here Enrico Caruso was staying when all this disappeared in the 1906 earthquake. The hotel, billed as “fireproof” survived the shaking, but was destroyed along with every other building you see here in the subsequent conflagration, which, judging by the next picture of an alley in Chinatown, was just waiting to happen: 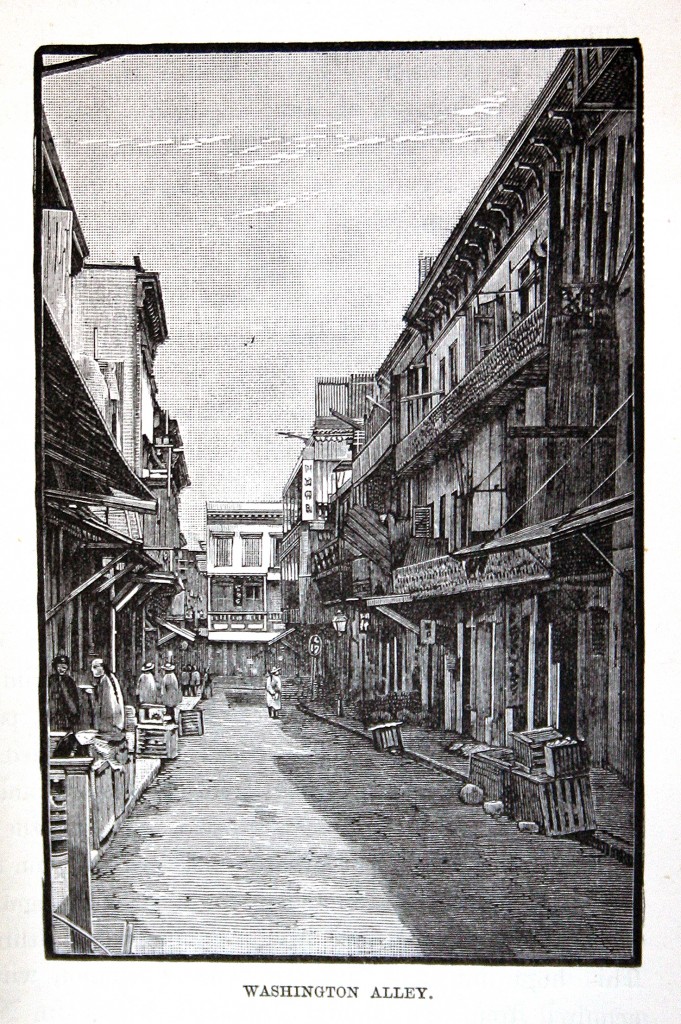 Finally, a quick stop on our return to Boston, a visit with some of the last Native Americans still in their original homeland: 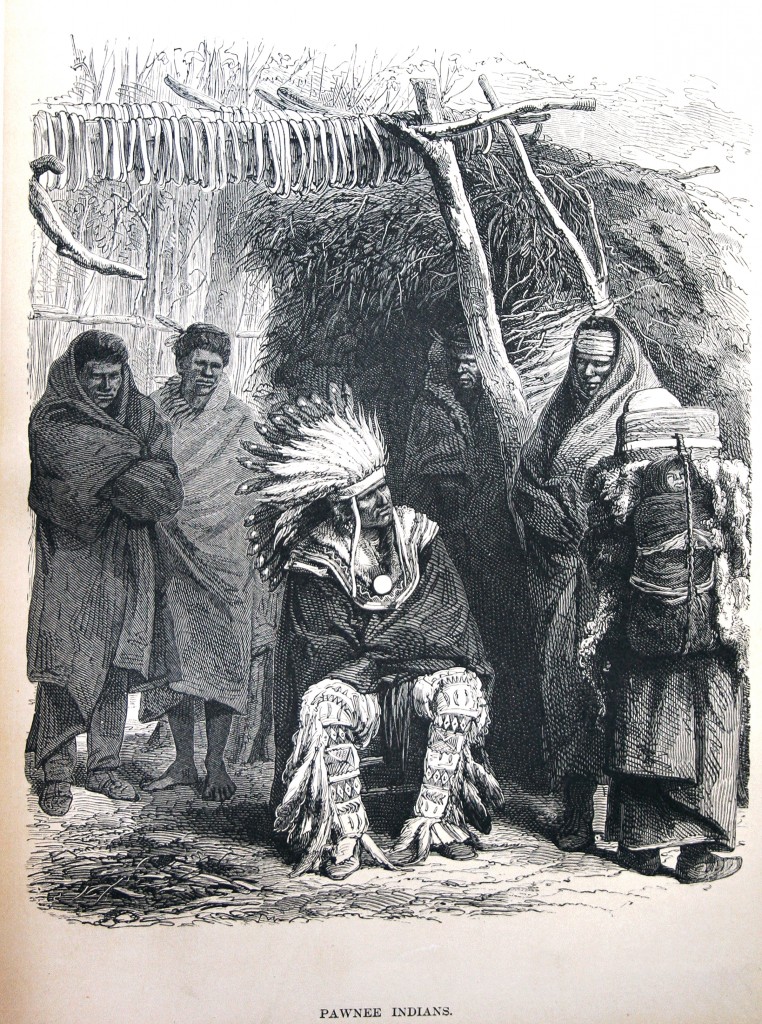 There are even pictures of a small New England college named Harvard, but I think that’s enough travels for one day. Next time, prewar Vienna? Or how about “Florence on the Elbe” – Dresden – before the fire bombings? Perhaps spending some time with the natives of unexplored Papua New Guinea, or the impassable Amazon jungles?  Tour the Pyramids? A trip down the Nile?

I know, tea in Ottoman Constantinople!

Remember, these astounding coincidences are not entirely coincidental, in that their continuing occurrence depends entirely on contributions from people like you.

One comment on “The World: Its Cities and Peoples”