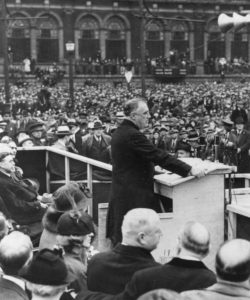 The question has haunted historians now for 70 years:

Was a fading President Franklin D. Roosevelt hoodwinked by a deviously clever Joseph Stalin into turning over Poland and much of Eastern Europe to the Soviets during the closing year of World War II?

Or was a dying, yet keenly engaged president focused on a much larger and more profound prize than simply how Europe might be carved up after the defeat of Adolf Hitler’s Nazi Germany?