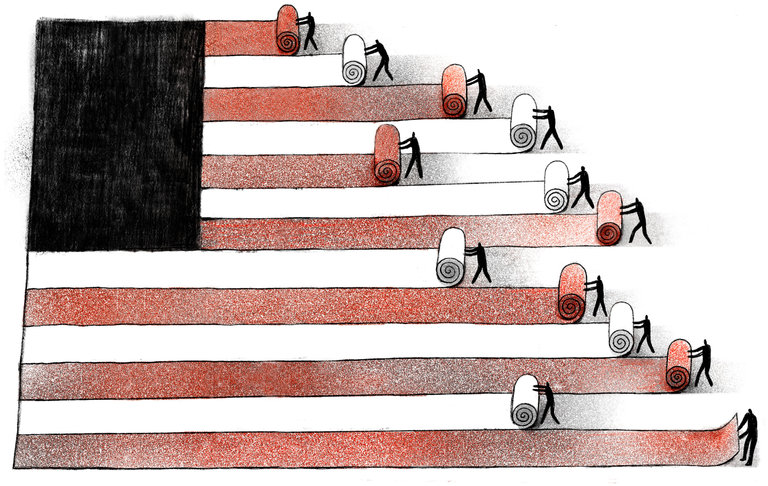 Under the leadership of Donald Trump and Rex Tillerson, the State Department is considering a mission reform that includes the abandonment of democratic assistance and human rights. The current mission statement reads, “The department’s mission is to shape and sustain a peaceful, prosperous, just and democratic world and foster conditions for stability and progress for the benefit of the American people and people everywhere.”

Dropping the words “just” and “democratic” would be fully consistent with the transactional realism that has characterized Mr. Trump’s rhetoric.

And such a change might reflect a growing feeling that most of the programs to support democracy abroad and the importance of democratic ideals are wasteful, inefficient, unappreciated or even damaging. In America, the public (especially Republicans) has increasingly favored nationalism and isolationism, according to some polls, in which the United States focuses on its own problems, with many wary of global humanitarian engagement….

For more, read the article in the New York Times