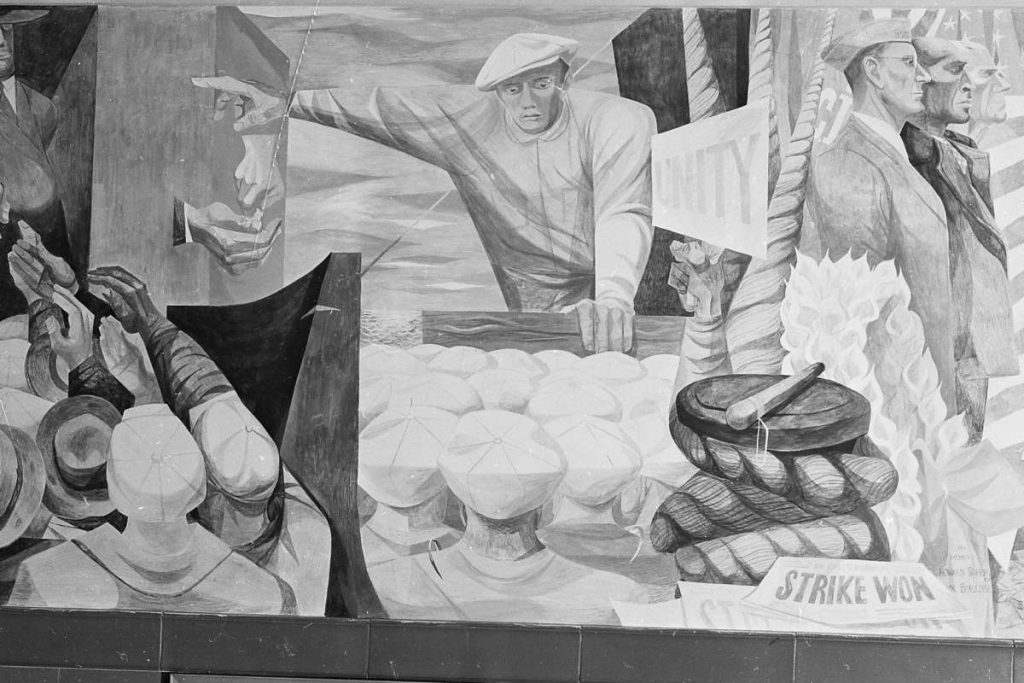 Anton Refrigier murals of “The History of San Francisco” that were funded by the federal Public Works of Art Program and painted on Rincon Annex walls.Photo: Chronicle file photo

In recent years, most of the attacks on public art in San Francisco have come from the left — the fight to remove from Civic Center the “Early Days” statue with a supine Indian and the uproar over “Life of Washington” murals at George Washington High School depicting a black slave and dead American Indian being the latest examples.

This is a remarkable reversal. Throughout the city’s history, conservatives almost invariably were the ones leading the charge to remove “objectionable” art.

One case in point: The Anton Refregier murals in the Rincon Annex post office, which inspired the longest-running controversy over public art in the city’s history.

The murals were commissioned during the Depression by one of the federal arts programs initiated by Franklin Roosevelt’s administration to provide work for artists. The best-known of those New Deal programs, the Public Works of Art Project, funded a number of projects in San Francisco, including the Coit Tower murals. As recounted in an earlier Portals, these murals were the subject of sharp attacks from conservatives when they were unveiled in 1934.