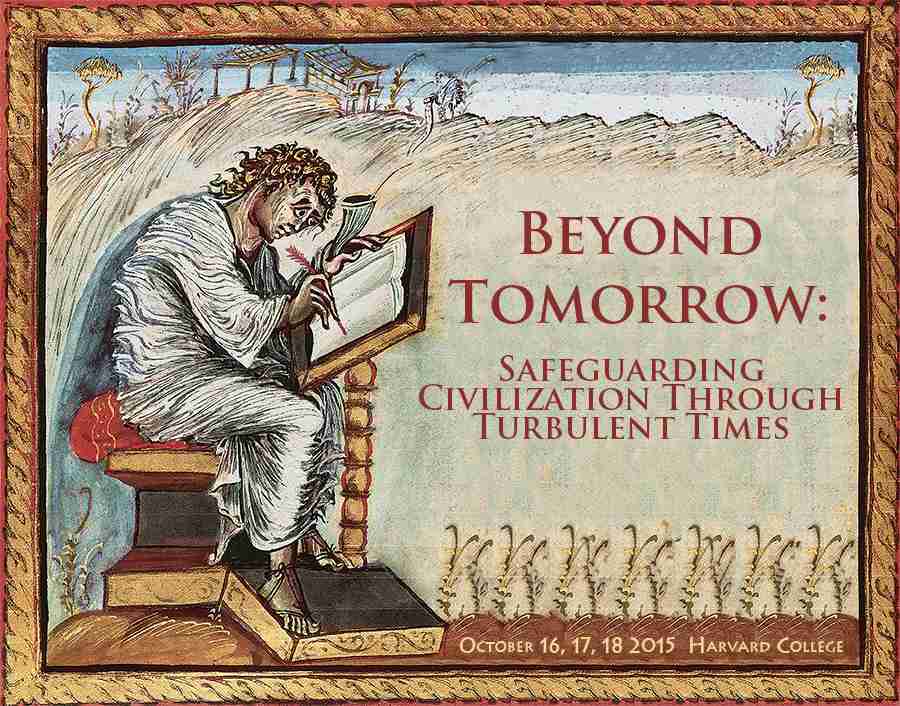 Adams House, Harvard College, The Franklin Delano Roosevelt Foundation and the El Camino Project are pleased to co-present a three-day conference and concert experience, bringing together a diverse community of scholars, artists, writers and activists dedicated to preserving our past and charting our future in turbulent times.

Modern civilization has at its core a mission of preservation: it is by its very definition the physical manifestation of the entire human experience, using the collected expressions of art, music, literature and philosophy as a well-font to feed and inform future endeavor. We presume as a matter of course that this knowledge base will continue to be valued and augmented, and that the core principles of civilization — the rule of law, the right to enlightenment and self-expression, the concern for general health and welfare — will continue to guide the march of human progress.

What happens when the foundations of modern civilization come under deliberate and determined assault? What happens when certain people or groups attempt to obliterate entire aspects of human endeavor in order to hasten their own view of the world?

At Harvard this October 16-18, we will accept the inevitability of this change, and begin the process of planning beyond the short term — Beyond Tomorrow. How do we go about selecting what to save and what to lose? How do we harden these elements against assault? How do we increase the odds of our civilization surviving through the dangerous times ahead?

“Climate Change and the Fall of the Roman Empire”. Michael McCormick
Drought, fire, pestilence and shifting weather patterns? It sounds familiar in 2015. But how about 215? Join us to hear one of the world’s premiere historians, Michael McCormick, the Francis Goelet Professor of Medieval History, discuss how changes in weather patterns may have hastened the end of the empire in the West. Then, picking up precisely where Professor McCormick leaves off, renowned operatic diva Carla Dirlikov explores the transformation of Latin to Latin America in an inspired half-hour program of vocal magic that bridges two millennia. An intermezzo of specially themed Latin-inspired food & wine links the programs.

Location: Boylston Hall, Harvard Yard:
Saturday’s program of lectures and workshops will focus on historical societal collapses, and delve into stresses on our present systems.

Morning Program
10:00-10:45am: Coffee meet-and-greet
10:45 AM Welcome, Michael Weishan, Executive Director FDR Foundation
11:00am-12:15pm: “Don’t Worry, It’s Not the End of the World — Just the End of Ours”
Ambassador Bruce Oreck
The term “existential threat” has been bandied about so often that it’s lost much of its force, but the reality is that it’s increasingly unlikely that the nations of the West can maintain anything like their current standard of living beyond the next few decades. Ambassador Oreck surveys the challenges confronting us, and spotlights why this conference is so timely and urgent.

1:30-2:15pm: Afternoon Workshops (choose one):
Lessons from the Past: “The Fate of the Maya: Climate and Social Justice” Alex Tokovinine
A variety of factors led to the end of the Classic Maya civilization. Many of their great cites were abandoned and swallowed by the forest. But the Mayan people remained and adapted to the new, post-Classic period. What was lost and what was retained during the transition, and what can we learn from the survival of the Mayans?

Lessons from the Present: “Too Hot to Handle: Business Strategies for Surviving Climate Change” Nancy Israel
One forward-looking company responded to change by transforming itself from a stagecoach company to a banking conglomerate. Another from long distance telegraph to high tech security. The lesson is clear: in business you adapt or die. So what are the strategies corporations need to survive in a world of rising temperatures?

Lessons from the Present Lina Perla Perelman “Out of Water: Resilence of Urban Water Structures in the Wake of Disruptions”
Using an innovative attack-defender game, this workshop explores the dangers faced by urban water networks from natural disasters and manmade attacks.

2:30-3:15pm: Afternoon Workshops (choose one):
Lessons from the Past: Sandeep Das “Preserving Culture through Music”
Music is perhaps the preeminent human practice for preserving past cultures. Through music we keep the past vividly alive, and experience as closely as possible the feelings of our ancestors. In this performance and lecture we will describe how history is preserved through music and help participants get into the minds of those who came before us.

Lessons from the Present: Laurie Rush “The Practicalities of Protecting Antiquities”
There are forces in Iraq, Syria, and around the world working to destroy the physical legacy of thousands of years of art and culture. What are the US Army and our allies doing to save our ancient heritage – and to document what cannot be physically saved? And how have these ancient monuments survived over the millennia in the first place?

3:30-4:40pm: Afternoon Panel “What’s Worth Saving” with David Brooks, Carla Dirlikov and Mark Plotkin, moderated by Ambassador Bruce Oreck.
What is the essence of our civilization? Our books? Our buildings? Our sculpture? Our song? Is it our philosophy of governance? Our social structure? Our “way of life?” With sea levels rising, alternative ideologies spreading, and time marching relentlessly along, how do we identify what it is about our culture that we hope to leave as our legacy?

Alumni and Guests: $20. Students free, though sign-up required. Limited to 125.

6:30-9:00pm
Gala Dinner and Concert at Adams House followed by the concert: ‘Take Care Of This House’: Leonard Bernstein, Music and Hope.
Join Mezzo-Soprano Carla Dirlikov, Maestro Bernstein’s son Alexander, and pianist Justin Snyder as they create a program of music, conversation and images illustrating Bernstein’s lifelong commitment to a love of learning and a faith in a music as a force for justice.

Location: Boylston Hall, Harvard Yard
Sunday’s program of lectures and workshops will focus on possible causes of future collapses, and the means to avoid them.

10:45am-12:00pm: “Legacy & Resilience” Laurie Rush, Julie Wormser, Erik Conway, moderated by Mark Plotkin
Every civilization ends. Some leave a rich legacy of language, art, and culture. Some become idealized as “classical” periods. Some leave bricks in the desert. Some disappear entirely. Looking to the future, what can our civilization do to ensure a positive legacy?

1:00-1:45 “Cultural Capital” Doris Sommer
While science and technology must help to preserve cultures, cultural work needs to enable science and citizenship. Without an educated and creative public that can think critically and judge evidence, technical advances are blocked by interested maneuvering. During this session we will consider the power of art to refresh perception and to level relationships to promote dynamic democracies.

Lessons for the Future: Russell Hancock “The Devolution of Problem Solving: Silicon Valley’s New Model for Regional Collaboration”
Some of the most pressing problems of our time, including climate change, aren’t being addressed in gridlocked state capitols – nor in Washington. In the future, metropolitan regions will come forward as pragmatic problem solvers, taking collective action across jurisdictional (and sectoral) boundaries to make genuine progress.

Lessons for the Future: Julie Wormser “Oceanview: Keeping the There There in Boston in the Face of Sea Level Rise”
Even if the world pulls together to battle climate change, some degree of sea level rise is inevitable. How do we save what makes our coastal cities unique – and how do we adapt to the loss of what we cannot save?

Lessons for the Future: Michael Frankel “The Day the Lights Went Out for Good”
While military planners are well aware of the dangers from Electro Magnetic Pulses (EMPs) from nuclear weapons, the general public is almost entirely ignorant of one of the greatest of all dangers to modern civilization: EMPs caused by the sun. Solar storms have historically produced bursts that would completely destroy today’s electronic devices and collapse the entire US power grid, yet almost no preparations are being made for an event that has an almost 100% certainty of occurring within the next 100 years.

3:00-4:00pm: “The Collapse of Western Civilization & How to Avoid It” Erik Conway
It is exceedingly likely that climate change will alter the world such that our political economy will have to profoundly adjust in order to survive. Whether or not that adjustment occurs is up to us and our successors. The conference ends with a view from the future, based on Erik Conway’s and Naomi Oreskes’ critically acclaimed book.

Alumni and Guests: $20. Students free, though sign up required. Limited to 125. 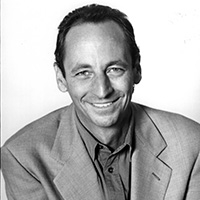 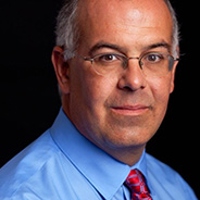 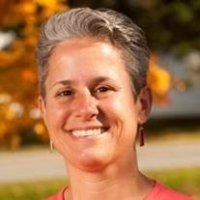 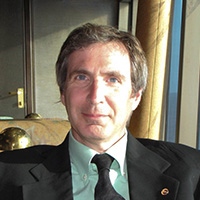 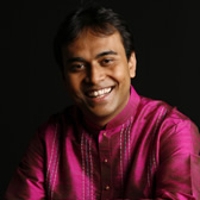 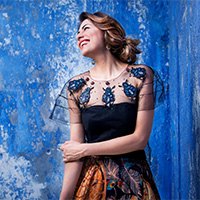 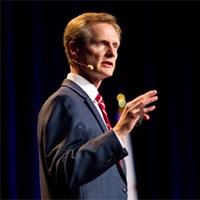 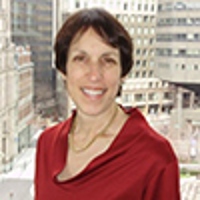 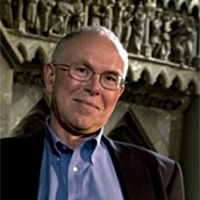 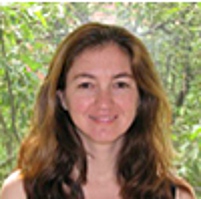 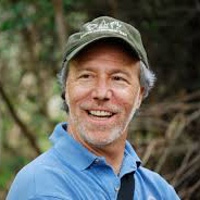 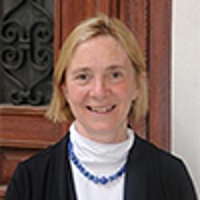 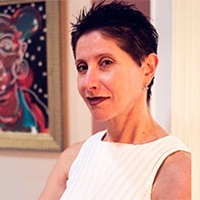 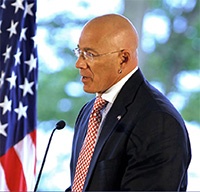 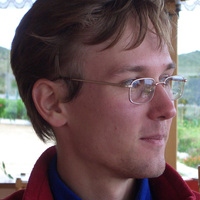 Beyond Tomorrow is co-presented by: 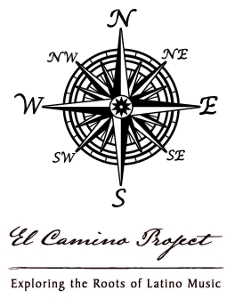 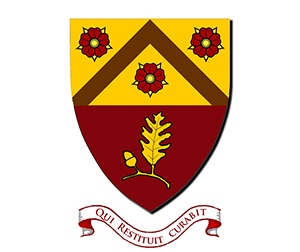 Major support for Beyond Tomorrow has been provided by The TomKat Charitable Trust, the David Rockefeller Center for Latin American Studies and Adams House, Harvard College.