With the deepening global health crisis in West Africa, it has become ever more apparent, as FDR predicted in 1945, “that our own well-being is dependent on the well-being of other nations, far away.” Even more specifically, we have been reminded that the health of America is directly linked to the health of the world. On October 14th 2014, Charles W. Eliot University Professor of Economics Larry Summers and Julio Frenk, Dean of the Harvard School of Public Health, sat down to discuss a way forward, based on a report published last fall in The Lancet: Global Health 2035. In it, Larry Summers and 23 renowned economists and health experts have proposed that if we make the right investments in the health sector today, the globe could achieve universally low rates of infectious, maternal and child deaths by 2035. In other words, we could shift directions to achieve a “grand convergence” in global health within just one generation.

Join us for this fascinating discussion as Professors Summer and Frenk explore the practicalities of global health equity, followed by questions from the audience. The discussion also features a short video update on the Ebola situation from Dr. Paul Farmer, who was in Liberia to help battle the crisis. 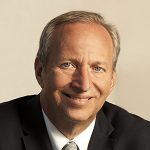 Lawrence H. Summers is the Charles W. Eliot University Professor and President Emeritus of Harvard University. During the past two decades, he has served in a series of senior policy positions in Washington, D.C., including the 71st Secretary of the Treasury for President Clinton, Director of the National Economic Council for President Obama and Vice President of Development Economics and Chief Economist of the World Bank. He received a bachelor of science degree from the Massachusetts Institute of Technology in 1975 and was awarded a Ph.D. from Harvard in 1982. In 1983, he became one of the youngest individuals in recent history to be named as a tenured member of the Harvard University faculty. In 1987, Mr. Summers became the first social scientist ever to receive the annual Alan T. Waterman Award of the National Science Foundation (NSF), and in 1993 he was awarded the John Bates Clark Medal, given every two years to the outstanding American economist under the age of 40. He is currently the Charles W. Eliot University Professor at Harvard University and the Weil Director of the Mossavar-Rahmani Center for Business & Government at Harvard’s Kennedy School. 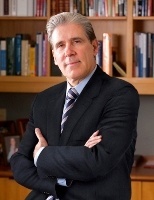 Dr. Frenk served as the Minister of Health of Mexico from 2000 to 2006. He pursued an ambitious agenda to reform the nation’s health system, with an emphasis on redressing social inequality. He is perhaps best known for his work in introducing a program of comprehensive national health insurance, known as Seguro Popular, which expanded access to health care for tens of millions of previously uninsured Mexicans.

Dr. Frenk was the founding director-general of the National Institute of Public Health in Mexico, one of the leading institutions of health education and research in the developing world. In 1998, Dr. Frenk joined the World Health Organization (WHO) as executive director in charge of Evidence and Information for Policy, WHO’s first-ever unit explicitly charged with developing a scientific foundation for health policy to achieve better outcomes.

Most recently, he served as a senior fellow in the global health program of the Bill & Melinda Gates Foundation and as president of the Carso Health Institute in Mexico City. He is the founding chair of the board of the Institute for Health Metrics and Evaluation at the University of Washington. He also co-chaired the Commission on the Education of Health Professionals for the 21st Century, which published its influential report in the leading journal The Lancet in 2010, triggering a large number of follow-up initiatives throughout the world.