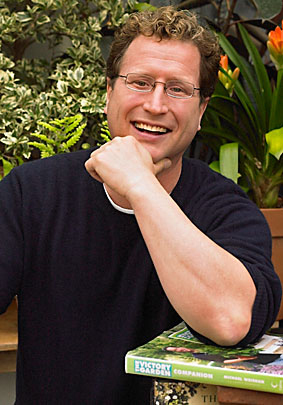 When not heading up the Franklin Delano Roosevelt Foundation programming, or tracking down new articles for the Gold Coaster, Editor-in-Chief Michael Weishan '86 is probably best known for his work on the PBS series The Victory Garden, which he hosted for five years. The former gardening editor of several national magazines, Michael runs his landscape design firm, Michael Weishan and Associates, in Southborough, Massachusetts, which specializes in traditionally based residential designs. The author of three books, The New Traditional Garden, From a Victorian Garden, and The Victory Garden Companion, Michael lectures extensively on garden design and landscape design history throughout the US. (You can also find him leading various tours, trips and talks for the Harvard Alumni Association.) An avid historian of architecture and design, Michael innocently volunteered some time to help the Masters Palfrey organize the FDR Suite restoration during the House's 75th birthday celebrations, thinking "after all, how long could this really take?"...

That was eleven years ago... 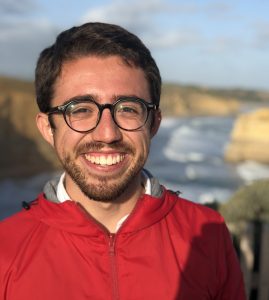 Managing Editor Santiago Pardo Sanchez '16, was born in Colombia, but was raised in the Atlanta suburbs. At Harvard, he concentrated in History and spent his time trying to figure out what was going on during the fall of the Roman Empire. After graduating, Santiago joined the Peace Corps where he served on the island of Espiritu Santo in the South Pacific island nation of Vanuatu. A former House Committee chair and leader of the Adams House Archives initiative, Santiago may have left the House, but he has never truly left the House. 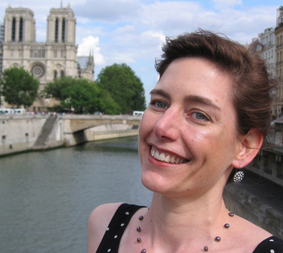 Senior Editor Claire Mays '81, originally from from Washington D.C., has lived in Paris since her graduation in 1981. She studied Psychology and Social Relations at Harvard and Clinical Social Psychology at Paris 7-Censier. Claire is an independent researcher and consultant with Institut Symlog in Paris. Her domain is governance of technological and natural risk and the empowerment of local communities. She is Radcliffe Class Secretary for Class of 1981 and is a founder of HAGA (Harvard Alumni for Global Action). In 2009 Claire made the mistake of making her House loyalty known to the Foundation, and has subsequently found herself "volunteered" for a whole host of activities, including heading the Gold Coaster's 'European Bureau.' 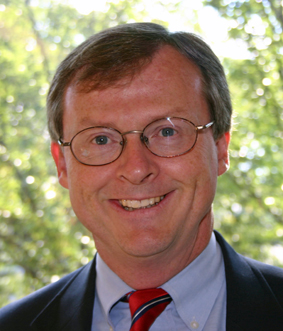 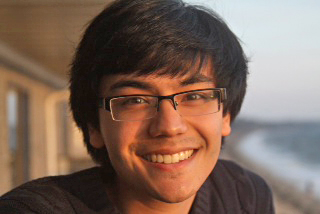 Master Judy Palfrey (Radcliffe '67) is the T. Berry Brazelton Professor of Pediatrics at Harvard Medical School and Director of the Children's International Pediatric Center for the Department of Medicine at the Children's Hospital, Boston. She is the author of of scores of scientific articles, the books, Community Child Health: An Action Plan for Today (1995) and Child Health In America: Making A Difference Through Advocacy (2006), and is co-author of the Disney Encyclopedia of Baby and Childcare (1999). A 1967 graduate of Radcliffe, Judy was chief of the Division of General Pediatrics at Children's Hospital Boston for 25 years and has recently retired from that role to direct the Childcare International Pediatric Center at Childrens. She has long been actively involved in community child health and global medicine programs, with a special focus on programs for children with disabilities. In 2008 she was elected President of the American Academy of Pediatrics for 2009-2010, and in this role she has been deeply involved in national and international child health policy development and, most recently, the national health care reform efforts. In addition to all these roles, Judy co-teaches the freshman seminar at Harvard, "Child Health in America" with Sean. Her interests include "messing around in boats", history, clamming and tennis.

Co-master Sean Palfrey (Eliot '67) is a parent, teacher, practicing pediatrician, and professor of Pediatrics and Public Health at Boston University / Boston Medical Center. A 1967 graduate of Harvard College, he has practiced and taught clinical medicine in Massachusetts for more than thirty years, and he spends a good deal of his time advocating for better child health programs and policies, and the prevention of illness and sadness. He served as president of the Massachusetts Chapter of the American Academy of Pediatrics, and he has been a legislative advocate for child health programs and policies since the late 1970s. Sean is a global traveler and photographer (his photography websites are here and here; a writer of children's fiction; an outdoorsman; and an enthusiast for wide diversity of college life at Harvard (you can read his list of Adams House essential activities here.). Sean also teaches a popular series of "Life Seminars" (covering anything that Harvard does not teach), and co-teaches the Freshman Seminar entitled "Child Health in America" with Judy. Sean continues as co-master during Judy's leave.

Sean and Judy have three children, John, Quentin, and Katy, and three grandchildren, Jack, Emeline and Drew, any and all of whom may be found playing ball of some sort in Randolph Courtyard at unexpected times of day and night.