According to many, the College lost something ageless when the class of 2001 donned their academic dress, and with long-labored degree in hand, departed the Yard for the last time as undergraduates. With their matriculation, the final class to have specifically selected their own House bid their alma mater a fond farewell, and the New Age of Randomization reigned supreme.

Some predicted: Adams, the Irrelevant.

For us in 2011, the lore of the Harvard Houses before randomization has become mythic – whether entirely accurate or not:

Kirkland and Mather, we understand, each had a stint as the house for athletes, both conveniently located near the river, offering quick access to the athletic facilities via JFK (then Boylston Street) or the Weeks Memorial Bridge.  Winthrop was supposedly the first to welcome Catholics (witness: Kennedy et al.); Asians congregated in Quincy; and African-American students favored Leverett, or the Quad, or both.

As for Adams, we’re told the archetype went through several phases. The previous concentration of the well-to-do, left over from Adams’ former existence as private luxury apartments, dissipated almost immediately after the Houses were formed – enticed by the usual “latest-and-greatest” syndrome, les riches, nouveaux or otherwise, bailed for Eliot and Lowell and their clean modern feel.

(How quaint it is to think of Eliot as modern now, yet still, I must admit, technically it is more modern than Adams.)

At first, Adams was the “Jock House” (all those separate entrances were hard to police late at night, in the age of parietal regulations.) Then, in the 60s Adams became the “Rebel House”; then the “Artsy House” in the 70s, culminating in the “Gay & Artsy House” in the 80s & 90s. 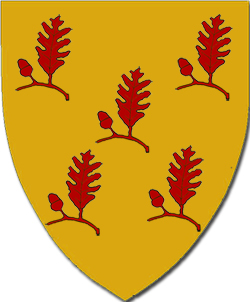 Finally Adams has become what it is today, the self-styled “Classy House.” (Though certain outsiders might be less generous. Tant pis!)

Throughout most of Harvard history, each House has been defined by those who chose to live there, and it might be expected that, with randomization, Houses and their unique individuality would fade away, becoming little more than glorified residence halls. Yet more permanent than the quadrennially refreshed student population are the buildings themselves, the Masters, and tutors.

The House Masters in particular have championed the idea of individual houses espousing different experiences – a fortuitous happenstance of history that could easily have swung the other way under different circumstances.  What would Eliot be if not The House Obsessed with Intramural Crew?  This is a hold-over that, while doubtless originating in the blue-blooded Brahmin days of the past, remains alive and well today, fostered by long experience having nothing to do with its now randomly selected body of students.

As for our neighbors to the South, would Dunster really be Dunster if they didn’t roast and eat a goat every spring? Again, this is most CERTAINLY a product of tradition, not randomization.

At least, we hope so.

Our own Masters Palfrey have been instrumental in this regard, plucking and preserving the best of Adam House traditions.  Drag Night is the most famous survivor now-a-days, but Winter Feast, with its black-tie Pooh readings, is equally a descendant of the House’s storied past, as is the House’s current “classy and sassy” persona, replete with our own rendition of not quite fully-dressed formal attire (read: tux on top, with shorts).

Finally, winter nights studying by the fire and Masters’ teas in Apthorp add a warmth and community that can only be found in Adams.

As for my fellow students, it shouldn’t be surprising to find that the general “attitude” – if it can be called that – of a house like Mather or Quincy, or any of the Quad houses would be different from that of our dear Adams. Mather students have passed down and cultivated a house image of “bad-assery,” to coin a phrase, – a sort of rebellious attitude in which the Tower’s 70s Brutalist architecture perfectly embodies an inherent disregard of Harvard’s staid brick and granite.

Our neighbors, the Quincy-ites, (oh, so difficult to spell!) revel in their house’s 60s feel and unpretentious architecture. We’ve learned that Quincy was built in the late 50s to relieve us of excess baggage; little wonder their so-called balcony soirees have become an integral part of Q-H culture, as has pointing out their copious square-footage to envious Neo-Georgian house residents.

The Quad’s spacious rooms, too, make extended suite parties the standard fare in that far-away land – after all, who could be adverse to an outing in the country?

Adams, on the other hand, still embraces an “old boys’ (girls’) club” ambience, with House events taking on a deliberately archaic theme.  The wood-paneled halls, spiraling staircases, the many hearths (though never afire these days) and above all, a daring predominance of gold leaf all add to our gilded atmosphere. After all, on Housing Day [cf. Editors’ note below], as hoi poloi of the other houses traipse about the yard distributing their welcoming letters, it’s still Adams that everyone is hoping for.

Each house today is, by University design, more a microcosm of Harvard than a commune of like individuals, but that has not diminished the degree to which today’s student can feel a house experience to be unique.  Nonetheless, Adams remains alone.

Why?  Superb history, location, and architecture, of course.

Yet, an unnamed magic remains.

I’m afraid you’ll just have to take my word for it; there still is no better place to live and learn at Harvard than Adams.

[Editors’ Note for those pre-2001: Housing Day, which falls in April, is the date on which freshmen are notified of their housing assignments, met by perspective members of their new Houses in a raucous celebration of House spirit.  In recent years this has become quite a celebration, with parades, music, and videos produced by each House championing their superiority.]