GC: Jed, thanks for sitting down with us. First, tell us about the Foundation’s FDR Center for Global Engagement. It just celebrated its first anniversary. How did this initiative evolve from what was essentially a museum project?

There are two parallel stories here. The first is about what happens when you create the world’s only museum of Gilded Age student life, in the actual suite of the most influential American president of the 20th century, inside an undergraduate dormitory? Well, you can’t exactly open it to the public, and you certainly can’t treat it like a hotel. So, when I first saw the completed restoration, I was struck by a premier venue it could be for on-campus programming. Take FDR’s actual fireplace, for instance. Well, of course you create a “Fireside Chat” series where small groups of students can experience off-the-record conversations with amazing speakers on timely topics. Last semester alone our Chats covered Jewish-Muslim Relations, the History of Found Objects, and Counter-ISIL Communication Strategy. 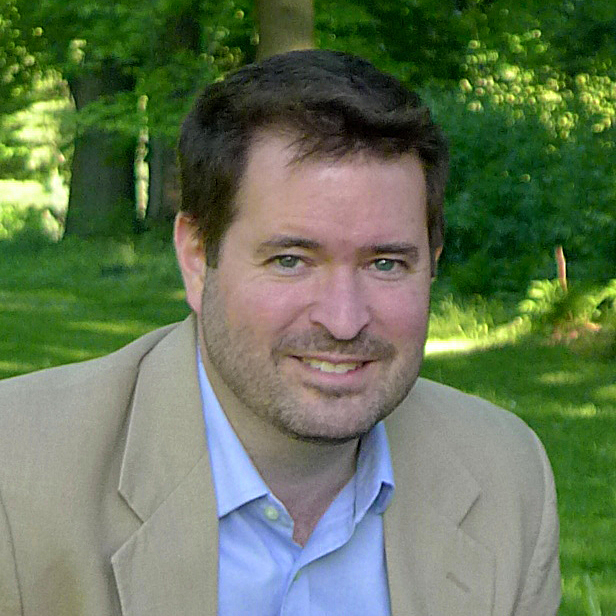 The other story is about House Renewal, Harvard’s billion-dollar investment re-envisioning its unique system of residential education for undergraduates. The House system was invented in the 30s to integrate students then segregated by wealth and simultaneously create learning opportunities outside the traditional classroom. House Renewal aims to align this system to 21st-century learning models while simultaneously preserving historic character and House uniqueness. Adams, one of the twelve Houses, is attempting to serve as a locus for “global citizenship,” attracting scholars from all over the University to engage in multidisciplinary research and programming on challenges transcending national boundaries. Other Houses will have different themes, from literature to the natural sciences to the performing arts.

The Center for Global Engagement is therefore two things at once: a celebration of historic legacy and a learning node of House Renewal. The two aspects play really well together, it turns out – even in the sense of physical space. You have the Fireside Chats, of course, but there’s also a palpably different feeling to lectures hosted in a Depression-era recreation of a Florentine palace equipped with an baroque fireplace (the Lower Common Room). When international visitors mount the stairs to their “classroom,” the Spanish Renaissance-modeled Upper Common Room, under Adams’ remarkable mudejar dome, they frequently remark that the learning space itself feels absolutely unique. And that feeling highlights the essential aspect of Harvard as one of the greatest intellectual capital centers of the world. There’s simply a draw there. No matter how famous or important our guests, they all want to take a “selfie” in Roosevelt’s easy chair back in the Suite. And the truth is when I sit at his desk contemplating a deadline it’s really easy to comfort myself by thinking of all the problems I don’t have to worry about such as polio, Nazis, the Great Depression, and Stalin.

GC: But how did you personally get involved?

I volunteered! As I mentioned, I was struck by the Suite’s educational and inspirational potential when I first visited the restored rooms, and so I approached the Palfreys and Michael Weishan, head of the FDR Foundation, with some ideas about how we could project FDR’s values forward and make them relevant for a new generation. As it turned out, they had been thinking along similar lines, so the timing was perfect.

I grew up in New Orleans: an amazing, unique city. I don’t get back as often as I would like but, thanks to friends and family, my kids feel comfortable there (the eldest pulls for the Saints, not the Patriots, which may prove problematic in the future). The kids don’t yet really enjoy my creole cooking, though. I hope that will change at some point.

As a Freshman at Harvard I was drawn to Adams House. Due to renovations, most of my blocking group lived outside of the Yard our first year, and we were thrilled to get into the center of things. We lived in Claverly, C-Entry, and A-Entry. I concentrated in History, though I also studied anthropology, psychology, and comparative religion, and spent a lot of time on theater.

Experiencing theater, media, marketing, and exchange got me interested in public diplomacy, and after getting my master’s degree at the Kennedy School I worked with the faculty there to set up the Public Diplomacy Collaborative. One of my favorite things about working with the FDR Foundation is the opportunity to bring HKS students, fellows, and faculty to the College. To work with the undergraduates, of course, but also to draw the HKS community into the overall history of Harvard. I try to use a similar combination of spaces and academic/professional atmospheres in my consulting work, as well. There’s a real value in being able to bring together experts from all over Harvard – and, importantly, beyond. I find you can build diverse multidisciplinary teams very quickly to tackle an incredible array of global issues at a high level.

GC: Looking around the world, what worries you?

Only a few hundred years ago, the notion of near 100% literacy was ludicrous. And throughout most of history women were considered sub-human and slavery was taken for granted. So I believe in progress. I also believe that our species is in a much better place today than ever before. It’s hard to imagine given the hellish lives far too many of us still experience, but levels of violence, poverty, ignorance, and ill-health are unimaginably low by the standards of history. So I’m very positive about where we are today, and I’m a strong believer in humanity’s ability to improve ourselves.

I therefore worry foremost about catastrophic, civilization-ending processes, and secondly about terminally regressive developments. Among the former I’d include climate change and the proliferation of weapons of mass destruction, especially nuclear and advanced biological weapons. Among the latter: genetic and cyborg technologies with the capacity to greatly accelerate already troubling levels of inequality; under-regulated, runaway automation that leaves behind a permanently unemployable majority; and the increasing popularity of illiberal or even medieval ideologies and the simultaneous loss of faith in the Enlightenment tradition. I also worry about genetically engineered, ethnically-targeted pandemic viruses; and furious swarms of tiny, fully-autonomous killer drones.

And I worry that myopic, short-term, irrational, in-group-fixated thinking won’t help us to deal with these challenges. I worry that so long as even our most intellectual conversations are based on international boundaries and the past 100 years alone, we will be unprepared for the rapid, global paradigm shifts ahead of us.

GC: What kind of realistic change do you hope the FDR Center will stimulate?

Between the World Wars, FDR and other leaders were confronted by popular and rapidly spreading ideologies that very well could have become globally dominant. Fascism and communism are compelling, and we do ourselves a disservice to imagine that liberal democratic systems are inevitable. So long as we bring new generations of humans into the world, we will have an ongoing contest of ideologies. To pick a few current examples: Violent, extreme apocalyptic religious movements; Anti-Western, anti-post-modern church-plus-state rhetoric; Anti-democratic, anti-individual statism. While it’s true that if we stand by singing “kumbaya” and believing in relativism we may continue to see countries abandon or fail to achieve democracy, I believe that by becoming more self-aware and using education, political science, and strategic communication to promote our values, we can restore faith in post-Enlightenment, liberal democratic traditions. We’ve already begun working with the US and allied governments on this issue, and I think in our own small way we can make a real difference.