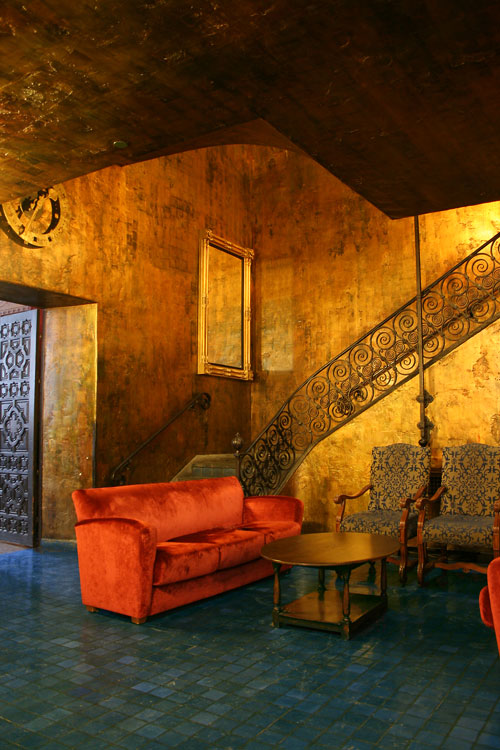 All’s far too quiet on the January front…

I began my time at Harvard under the old academic calendar. Like generations of you before me, during my freshman and sophomore years we left campus immediately after the end of classes in mid-December, with about a month before we would have to confront our finals.  A few slightly anxious weeks later, we returned to Cambridge, tried to remember what we had learned in our classes, and took our exams. It was far from a perfect system, but we were used to it.

Then Harvard presented us with a whole new College calendar. As of Fall Term 2009, we would turn in all our papers and take all our exams before leaving for the winter holiday break. And we would have most of the month of January off. The change made sense: it would mesh our schedule with that of most other universities – as well as most other schools at Harvard – and besides, it would be such a relief to head home without exams hanging over our heads.

While the College required the majority of undergraduates to spend our long break off campus, they allowed a select few to return early. These were the senior thesis writers, who had been granted this window of time to focus on nothing except our grand, looming projects.

And thus was born a brand new creature: “The January-Term,” immediately dubbed “J-Term” by students and faculty alike.

This year it was my turn as one of the J-Term thesis writers. I arrived back on campus January 5th to find an incredibly deserted Adams. For a House usually so vibrant and full of activity, with people doing homework in the dining hall, struggling to carry a full laundry basket up a winding staircase, or just milling around in search of food or conversation, Adams was eerily empty.  It was strange to walk the halls without seeing a soul.

I spent a few silent days in Widener Library, where long rows of shelves, darkened now by inactive motion sensors, did little to assuage my impression that hardly anyone else was around. In need of socialization and sustenance, fellow thesis writers and I trekked to Annenberg in Memorial Hall—the only dining hall open. It was an oasis from frigid temperatures and study isolation. I ran into friends from freshman year whom I had barely seen since they ended up in other Houses. With all of us back together, it felt like a mini-preparation for the Commencement activities that are coming all too soon.

As the snow started piling up – already measured in feet this year – I began to spend more time working in the House. When Cambridge was struck by its second blizzard, my fellow thesis writers and I celebrated by taking a break from work and having a snowball fight in Randolph Courtyard. For a brief moment the House came back to life.

Now, at the start of the new Spring term, Adams has returned to normal. The friendly faces have returned to the Gold Room, a medley of voices emanates from the dining hall, and the House e-mail list is abuzz with questions about courses. But it’s not quite the same as before. Being here while nearly everyone else was gone made me realize that the essence of Adams is not so much the House, as it is the people – without them it’s like being in an empty theater without audience or performers. Take away my roommates, the other students, the tutors, and the staff, and this becomes just a big, worn-down collection of buildings on Plympton Street.

I understand that come May this sense of community will vanish again, this time permanently – a last curtain call for us seniors. But while there will be days when I may not miss this dear old stage with its clanging pipes and creaky floors, I know I will certainly miss the people that have brought it to life.