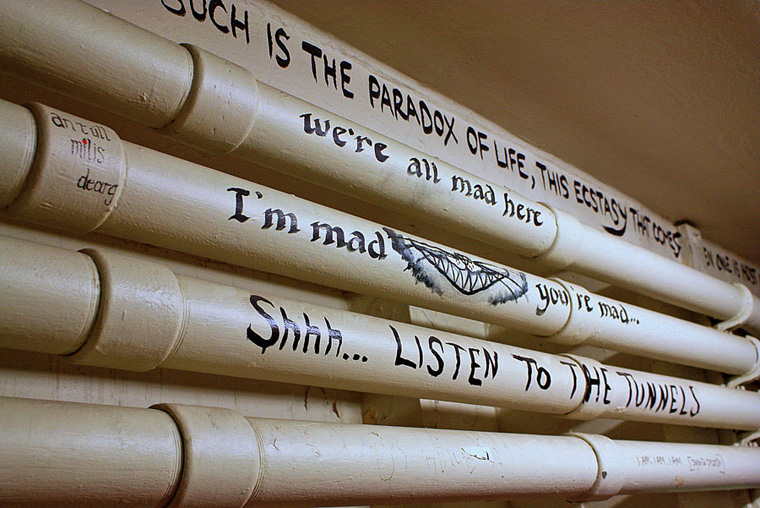 Sometimes the tunnels DO speak, at least they do now. In until the 80s they were silent, just long corridors with tan colored walls, freshly painted and kept pristine under the very strict eye of the super. Then…. But well, let’s let Bob Kiely, the former Master of Adams, tell the tale:

“Around 1988 a few members of the House Committee came to me with the idea of painting the tunnels. I liked it at once, but also knew that the “rules” of the college were that no paint, decoration, etc could be added to common spaces without the approval of the dean. Since Adams then had many artists, other schemes had been proposed and turned down. This time, I (we) decided not to ask. The whole project was planned for a quiet weekend in January Reading Period when the superintendent was away and the administration was not paying too much attention. All day Saturday, deep into Saturday night and Sunday, people painted under the supervision of the House Committee. The rules: 1) You had to sign up in advance since there wasn’t room for everyone to contribute as only main tunnels were painted. 2) Each student or tutor was assigned one hour and one space 3) You were supposed to paint a representation of yourself, not necessarily a self-portrait, but something that spoke for you 4) I provided the funding; House Committee provided paint and everyone helped with cleanup. The whole weekend was amazing. People got into the spirit of it and went around encouraging and admiring one another’s work. Though there was no explicit rule, it was understood that nothing raunchy or gross should go on the walls.

When the super came in on Monday, he was at first furious, but he got used to it. The word inevitably got around the College. Eventually, I invited various deans to come with me on a tour. They all loved it though there were some sighs and heading shaking at how Adams, of course, HAD to be different

In the years immediately following, there were some problems: to paint over or not? What, if anything to save? One roommate painted a very unflattering picture of his roommate. The roommate complained to me. Did I have the right to censor? The worst thing that happened after a year or two is that someone (we never found out who) came through one night and painted a black band over the eyes of almost all the figures. It was totally spooky. Our art tutor removed the marks very carefully, but people were quite shaken by the weirdness of that.”

Fortunately, the culprit of the painted bands has never reappeared (undoubtedly some jealous artist from Quincy House!) and over the years, the logistics have been honed. As all available space is now taken, each spring, the art tutor and co-master Sean Palfrey – with input from the students – decide which panels to cover, and review the proposals for new paintings, submitted by seniors. It’s their last chance to preserve – at least for while – something of themselves on the walls of Adams.

To tour the tunnels, click on any image below to expand. 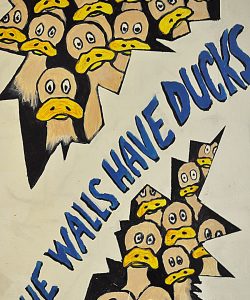 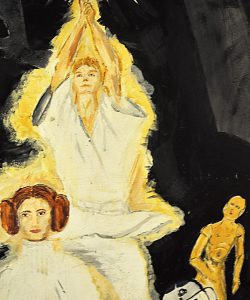 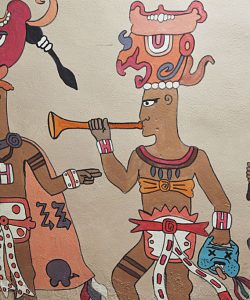 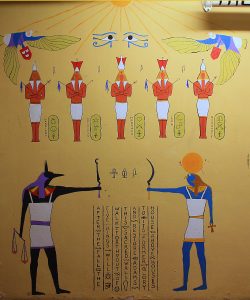 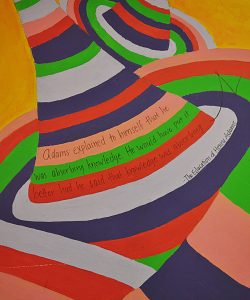 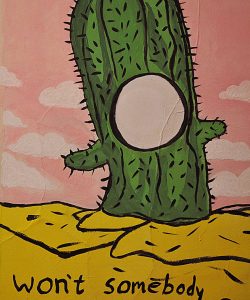 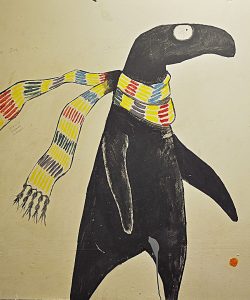 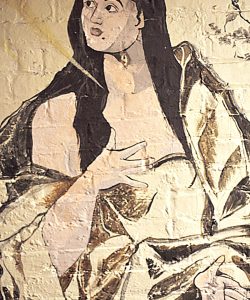 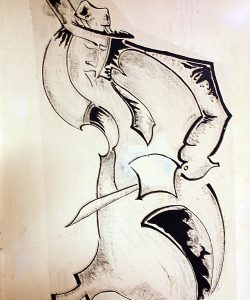 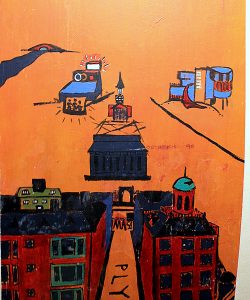 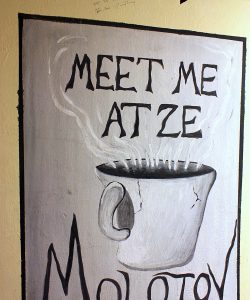 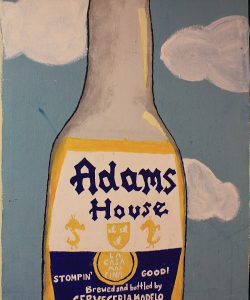 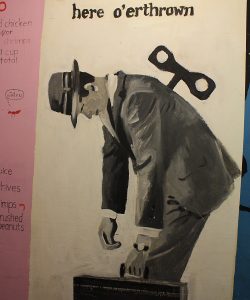 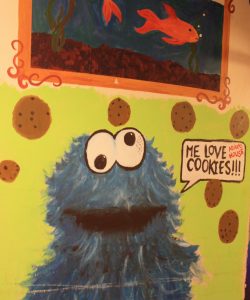