There’s never a bad time for a party at old Adams, and in true House spirit, residents celebrated the 250th anniversary of Apthorp House on a raw day this past April. A great cast of characters was assembled, spanning the entire history of the House.. Despite the weather, spirits ran high: 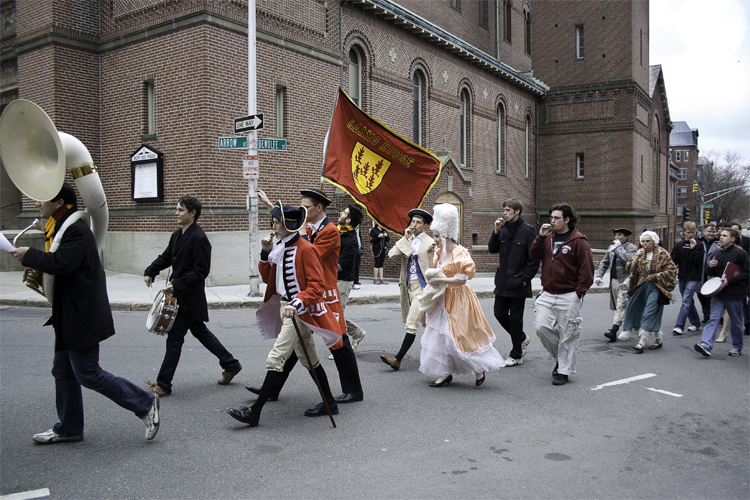 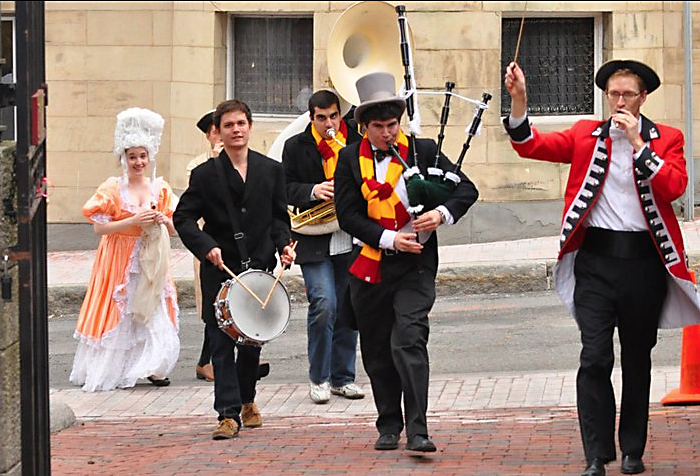 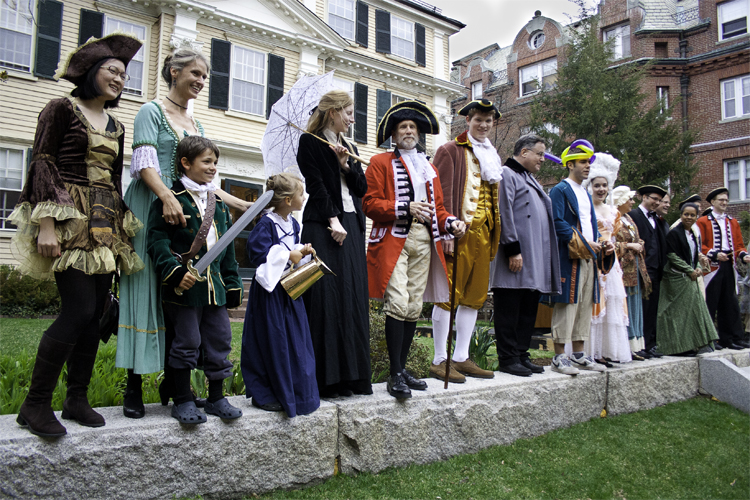 The cast assembles in front of Apthorp – gentlefolk all. 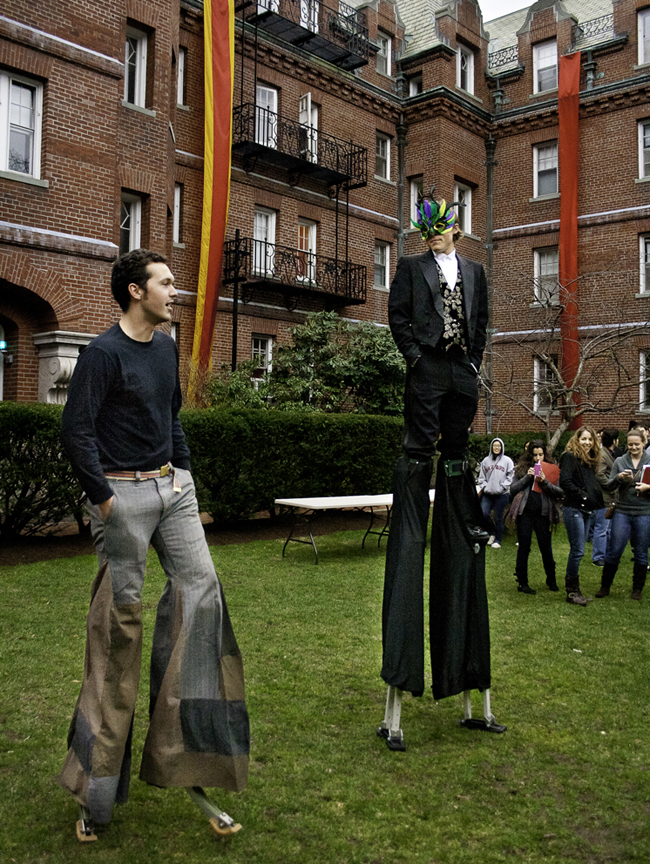 Isaac Shivers ’10 and Will Skinner ’09 return to view the proceedings from on high. 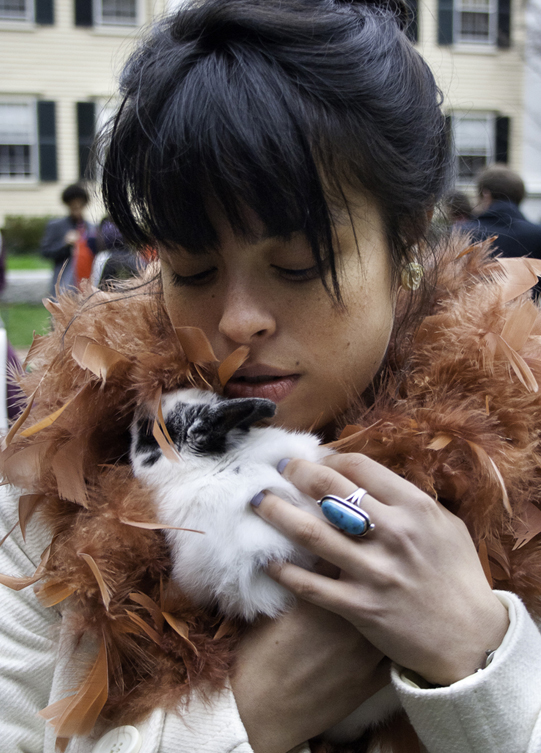 Kiley McLaughlin ’11 nestles one of the many cuddly creatures onhand recalling Apthorps agrarian past. That this bunny most likely would have wound up on the Reverend East Apthorp’s table wasn’t mentioned – at least not to the rabbit. 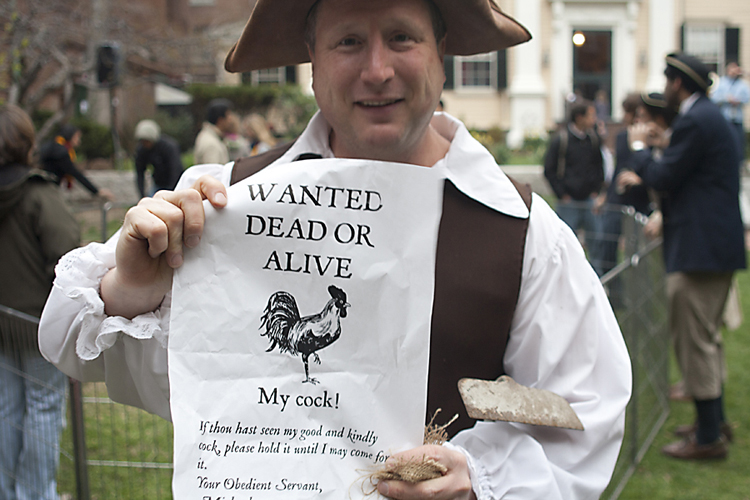 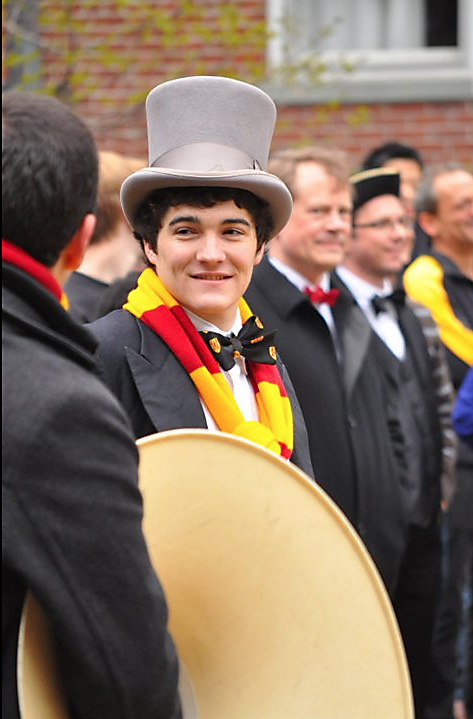 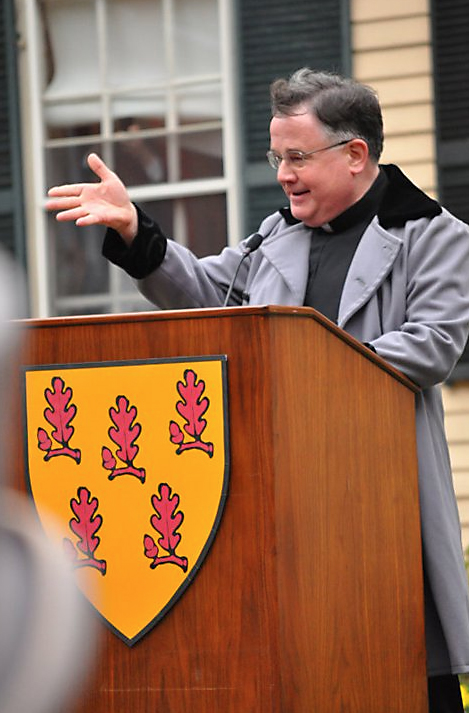 The Reverend East Apthorp – our own Father George Salzman – welcomes the crowd to his home,
noting that any similarity between Apthorp House and a Bishop’s palace is entirely coincidental. 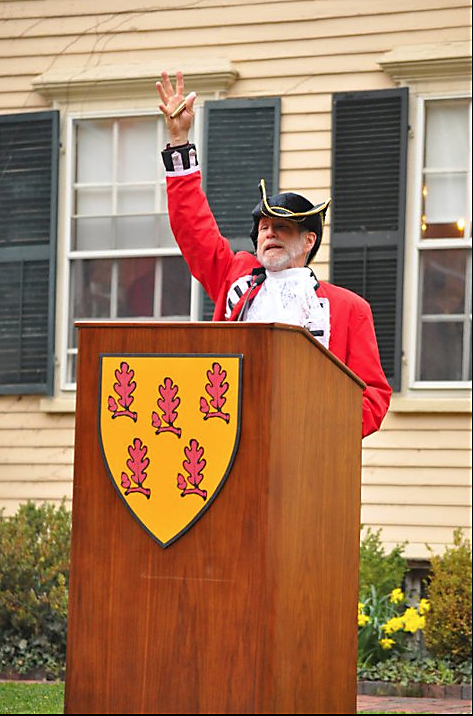 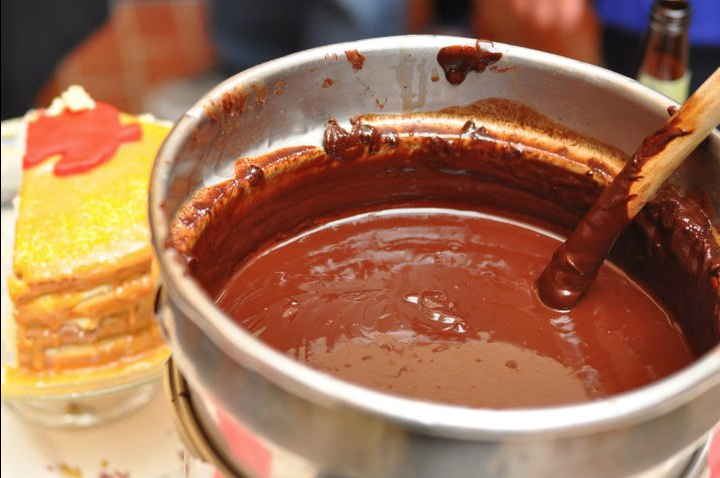 Food aplenty: Fondue prepared by the Apthorp Elves, led by Tamara Rodriguez-Reichberg ’04.
Almost every resident crowded into Apthrop in an enthusiatic attempt to eliminate left-overs. 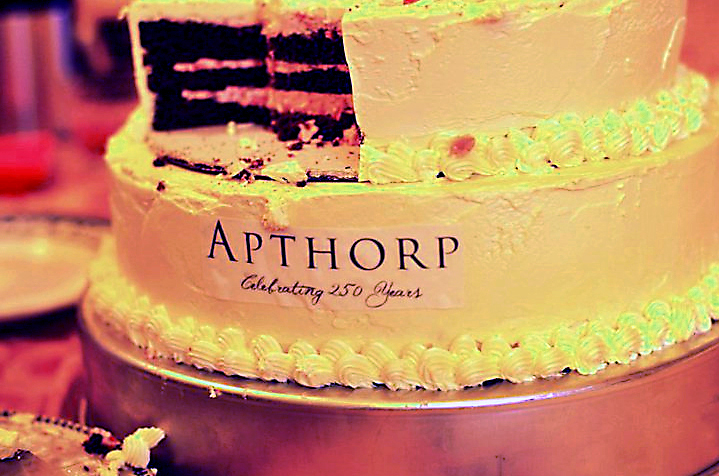