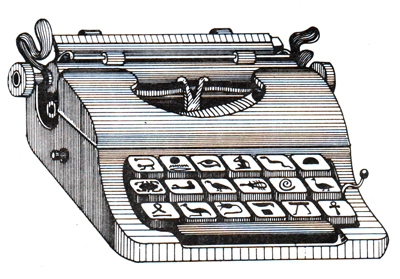 Bob Guttman ’48 reassigned to ’52 writes: I was pleased (surprised) to read a letter from a member of the class of ‘48. I became a member of that class when I entered as a Freshman in March of 1945 and lived in Adams House – all the spaces in the Yard being taken over by various “V” programs. I finished only one semester and returned in January of 49 when I was assigned to the class of ‘52 and that is when I graduated. If I had not been reassigned, I could have celebrated my 60th 3 years ago instead of having to wait another year. O, the tragedies of life.
Bob Guttman ’48 reassigned to ’52.

(Think of it this way Bob, you’re now four years younger than you would otherwise be!)

Bob Hermann ’50 writes: I lived in Adams House, C entry, with roommates Wil Brown and Jim Timmis. It was a great place to live, the food in the dining hall was the best on campus. I started a dance band, the Harvardians, which played dances at many of the houses, as well as most of the girl’s colleges in the East. We even played 2 dances at West Point one weekend. Adams House was our first engagement. In 1949, we played the Hasty Pudding show, the first time in its history a college band played that show. Many great memories of Adams House!

Isaac D. Benkin ’56 writes: Thank you for sending the Gold Coaster link to me. It was good to see that Harvard’s sons and daughters have not lost their sense of humor.

(They most certainly have not! Glad to oblige.)

Tina Smith ’83 writes: Thanks so much for sending the link! It was wonderful to see the restored FDR suite. Will there be any California events for Adams House alums? I was sorry to miss the 75th anniversary activities in Cambridge. What a wonderful magazine!

(We know of no regional events for Adams Alums, but I’m sure the HAA might be amenable to such a suggestion, especially if you offered to organize…)

Guy Benveniste ’48 writes: Many thanks Michael and others for undertaking the Gold Coaster. Congratulations and thanks also to a new technology that allows us to do things impossible in the past.

In my own case, I arrived at Adams in February 1945. I was supposed to start in the fall of 1944 but was late, because my student visa had been very slow in coming. I was a Frenchman living in Mexico since 1942 and the State Department had a huge file about my mother, an American citizen who had lost her nationality when she married my father in France .

I write in response to William Liller’s excellent article about his early days at Adams and his return as Master, which you include in your second issue.

I knew “Red” [Bill Liller] vaguely for he was in A when I was in D and later when I moved to C he came back into F. But when I look at his photo in the year book I remember his very cheery personality. He claims the food at Adams had a high reputation notwithstanding the rationing prevailing during World War II. I can assure the readers that for a Frenchman who had experienced two years of very serious rationing in Vichy France, the food at Adams was not so great. Overcooking prevailed in those days and mushiness went hand in hand with New England blandness.

I wrote about my experience at Adams in a recent memoir titled From Paris to Berkeley. “The food we received in the dining hall was a bland version of New England cooking. We ate lots of beets and lots of brown looking pies. Chicken-a-la-king probably defines this cuisine, or Boston-baked beans with sausages. It was food but no more. We had a somewhat white/brown/green diet, like white New England chowder, white bread and white macaroni in cream sauce. Or we had brown stew, brown cake and spinach and some other greens cooked to death. The only good restaurant was Lock Ober in Boston, where you could get an impressive cut of roast beef au jus, but Lock Ober was too expensive for our budgets. As far as I remember there were no French restaurants, you had to go to New York for that. Our only affordable escapes were a few Greek restaurants in Boston. There was nothing much in Cambridge, only a few drinking places such as Cronin’s and Jim’s that served large containers of beer, hamburgers and “French” fried potatoes. There was an expensive pastrami place. There were chain establishments like Horn and Hardart or Hayes Bickfords who served the bland diet we obtained in the dining hall. Ultimately, I did find one small place where I could order under cooked ( I had to be very specific about it being practically raw otherwise it came as shoe leather) calf liver with onions. Together with a cup of soup, vegetables, potatoes and a scoop of ice cream, the price was 75 cents.”

Maybe other ’48 survivors have different or better experiences and memories.

I did not return to Harvard. After a very complicated life which went from Harvard back to Mexico, then again to the US, back to France, back to the US and from Engineering to Economics to Sociology of Organizations, I finished at Berkeley where I was appointed to the faculty of the Graduate School of Education in the very turbulent year of 1968. There I found a few Adamsiens, and more importantly, the nouvelle cuisine, Chez Panisse and the culinary transformation of the American landscape.

(You and Bob Hermann will have to duke it out about the food and let us know!)