I was born in Washington, D.C., but moved to Tokyo when I was four. My mum is Japanese, from Tokyo, which is pretty rare. Unlike many Japanese families, we don’t have an inaka, or rural hometown. I’m just several generations of Tokyoite. 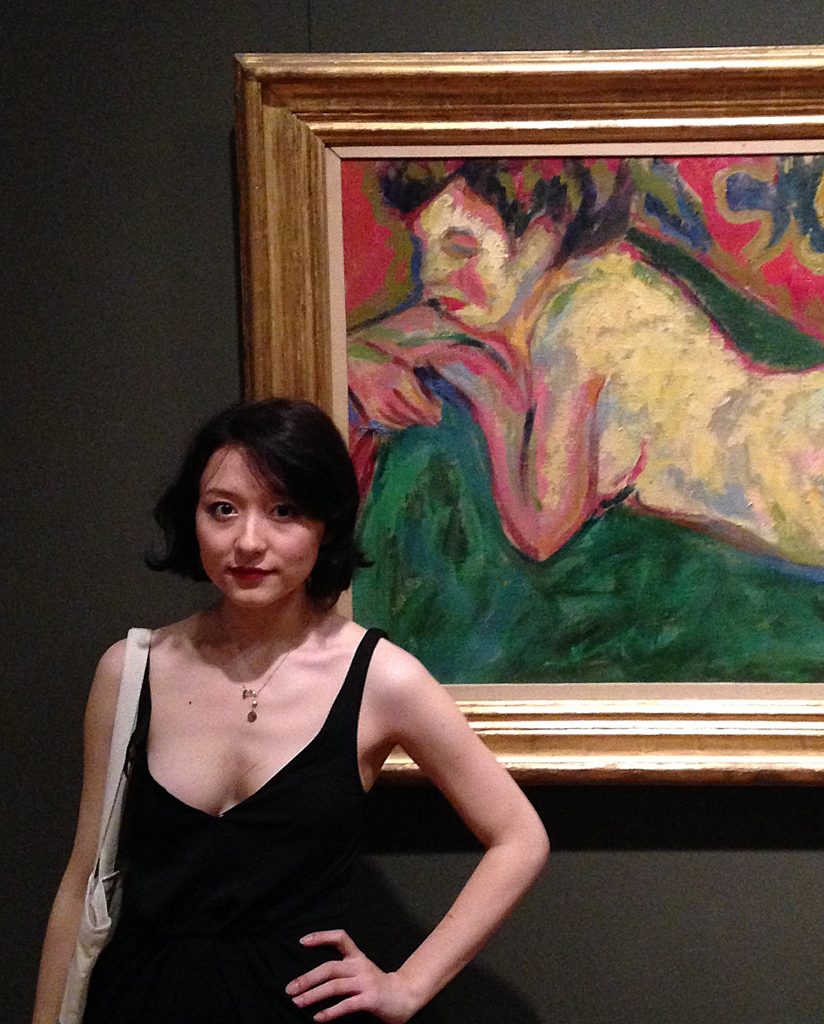 My father’s from Lynn, MA. My parents met through debate: my father is a fairly obvious Japanophile and travelled to Tokyo after finishing college in order to teach English – and presumably to meet women. He ended up helping out with the debate team at my mum’s university, and that’s how they met. From my understanding, their courtship was romantic and utterly impractical. My father went back to America to attend law school and my mother stayed in Tokyo, so it was very long-distance. I’ve made it quite clear to both my parents that I find their behavior to be highly illogical.

For primary school, I attended an all-girls’ Catholic school in Tokyo, near where the 1964 Olympics were held. The school was insular and quite conservative, but I think it prepared me academically for high school at Phillips Exeter Academy. Exeter was academically decent—I don’t think all the faculty live up to the school’s reputation—but it’s not the kind of place I would recommend to anyone I love.

So you essentially have feet in two worlds, both ethnically and culturally. What was that like?

I think the “two-worlds” dichotomy was something that I didn’t notice until coming to America to study. Part of that, I think, is just a function of aging and maturation. When I was in middle school, my primary concern wasn’t race or social issues.

That said, there are certain incidents in my childhood that stand out—incidents that made it clear that I was different and “foreign,” if you will. For example, when I was in first grade I was bullied pretty seriously for being half white. I was in a Japanese public school and I was one of two non-Japanese students in attendance. I was terrified in a way that I’ve never been since, and didn’t go to school for months because I was afraid of being punched in the school corridors. I used to want pretty seriously to dye my hair black and get eye surgery and really do anything to erase my “western” features.

Of course, the interesting thing is that by my teenage years, my “blended” features have become the ideal for many in Asia. This has done absolute wonders for my ego! No—but in all seriousness, this fetishization is still problematic; it continues to mark certain people as exotic (different, really) because of their race.

What’s your takeaway from Japanese culture?

It’s hard to say, because Japanese culture is my culture. This is something that seems to confuse my white relatives—they often ask me if I’m not “disrespecting” my American heritage. The frustrating thing is that their goals for me (finding a job and settling down in America) clearly prefer an “American” life—whatever that means—over a Japanese one.

OK. Fair enough. What’s your takeaway from American culture, then?

When I first came to America, I remember being very amused about white guilt and the way race was discussed in America. When I was in Tokyo, my biracial identity was never questioned because I lived in a community populated by biracials. Everyone I knew was either half-Asian or had spent significant time away from their parents’ home country. It was only after I moved to America that people began to ask me about race and my experience with race.

Living here has forced me to think more about race and the hierarchies that develop around skin color. In Japan, race was never a topic, in part because there wasn’t much racial diversity. So, yes we don’t have the KKK or its equivalents, but that’s really not saying much when about 95% of the population is ethnic Japanese.  Racial issues don’t come to the fore because racial conflict is genuinely not as visible. Of course, hidden isn’t synonymous with non-existent. Being a foreigner, specifically a white foreigner, lets you get away with a lot. Tokyo is home to a lot of multinational companies, which are all run by white foreigners who expect their Japanese business contacts to speak to them in fluent English. For non-white foreigners (mostly Philippines and Africans), there is more stigma and quite a few slurs.

You told me earlier that you thought Harvard wasn’t sufficiently diverse, and you noticed I looked somewhat surprised, as the current student body, to these older eyes, seems incredibly varied. Expand a little on that.

Obviously, the student body at Harvard looks very different now than it did a couple of decades ago. That said, I think there’s a lot to improve upon in terms of diversity.

For example, I write for the Crimson’s editorial board. I’m one of four girls who regularly attends meetings, and I would say that the board in general skews very much toward white, upper-middle class young men. There are one and a half Asians (counting me) and one student is a quarter black—that’s it. I think it’s easy to look at those numbers and say that it’s a big jump from the 1980s, and no one’s denying that. But I think that we run the risk of being very self-congratulatory at the expense of progress. It’s not as if by meeting a certain quota of students of color, we now live in a post-racial Harvard.

Of course, although I am loath to say it, Harvard isn’t the be-all, end-all of the public forum. These issues—of race and class, specifically—are pervasive and Harvard, although it is wonderful, cannot hope to correct them on its own. I remember thinking it was really gauche when Joe Biden came to the Institute of Politics earlier this year and said that we should all be thankful for how far we’ve come in terms of racial equality, and to focus more on the positive developments in America since the 1950s. That is very, very easy to say when you’re an educated white man. It was a politically idiotic thing to say after the slaughter of young black men that we’ve seen this summer. 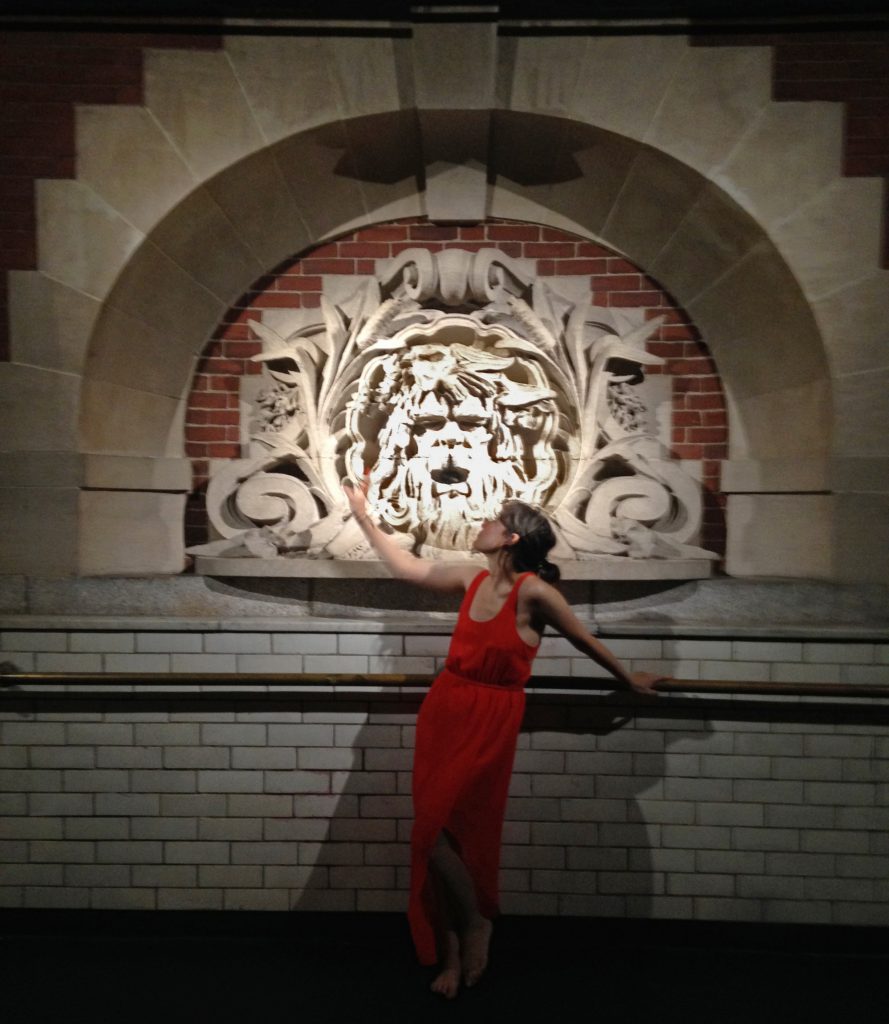 You took former Master Bob Kiely’s freshman seminar, did you not? What was that like?

I was originally drawn to the course as an artist. I have a minor (read: major) obsession with paper as a material. I don’t know if this can be explained to non-artists, as pretentious as that sounds. Japanese drawing practice is very different from American practice, which is very different from Italian practice—which is interesting to me because I have family in all three places. My goal upon entering Harvard was to do my due diligence at the whole liberal-arts thing, and then move into practice and an MFA.

Anyway, I realized during Bob Kiely’s seminar that I was more interested in studying philosophy. The writers we discussed in the seminar were trying to either explain or discover theological pathways through their artistic media, and I had the very mundane realization that I could do the same with philosophy. I was particularly intrigued by the way writers use symbols and allegories to stand in for other (usually unnamed) concepts. Most philosophy of language (from Augustine up until contemporary philosophers in our department) focuses on written or verbal symbols, but I don’t see any reason why we can’t do something conceptually similar with, say, the works of Bruegel.

This shift into philosophy wasn’t much of a stretch; most of my favorite artists have also been students of philosophy in one way or another. Take Robert Motherwell, whom I think is brilliant—he got his Ph.D. in philosophy here at Harvard. I remember talking to Warren Goldfarb, the Head Tutor of the department, one time and he casually just name dropped Motherwell and Susan Sontag.

So I got into philosophy because of art, but the philosophy I was interested in had very little to do with aesthetics or beauty, which are the traditional realms of artistic thought.

Fascinating. So the seminar shifted your entire Harvard track. I’ll honestly admit to you that I’ve never fully understood what one studied when one studied philosophy. Can you simplify the field for us laymen?

It’s hard to say. I think a lot of people associate philosophy with just metaphysics, which I find personally quite inappropriate. Philosophy is so much broader than that—for example, there’s a course on Philosophy of Quantum Mechanics that I’m interested in taking next year. I also think people make the mistake of associating philosophy with pretension and a sense of destructive post-modern thought: the “philosophical” characters in pop narratives are the obnoxious white men in the corners asking “Why?” to everything without providing any ideas of their own.

I love philosophy because I personally feel very stupid when I do it, and I think anyone who is doing it properly shares that feeling. It’s a way of thinking critically that is not properly taught in schools. We expect kids to do things fast: how much arithmetic can you do in a minute, how quickly can you demonstrate reading comprehension on a standardized test. Philosophical thinking goes against that: it forces us to think very slowly about everything.