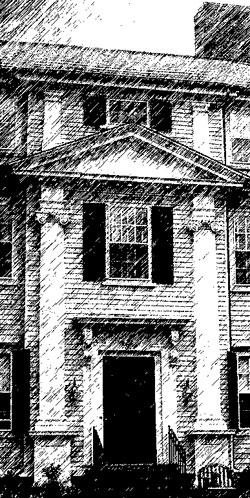 Like many Adams students and tutors, Sean and I have been on the go this summer. We just recently got back from Spain and Portugal, and now I am off again to Chile.

I am sitting for an hour or so in the Santiago airport, juicing up my iPhone and computer in all the familiarity of this modern, cosmopolitan city. But I am heading away from the familiar — to join my friends and teammates who are working on Recupera Chile in three of the seaside towns that were devastated by the 2010 earthquake and the ensuing tsunamis. Unfortunately, now nearly 2 and a half years later, large numbers of families in Perales, Dichato and Cobquecura are still living in temporary, housing camps. It is winter, cold and wet and miserable in the tiny shelters that were intended to be called “home” for a couple of months. Recupera Chile is a project designed to help in the reconstruction of these hard-hit towns.

Made up of faculty and students from the David Rockefeller Center, the Kennedy School, the Harvard School of Design and the Harvard Medical School and Chilean counterparts from the Ministry of Planning and several Chilean Universities, Recupera Chile is an effort to move the process of reconstruction forward in an integrated, community oriented and future minded fashion. As a physician and child development specialist, my role is to ensure that as rebuilding of the towns moves forward, we remember the children and families and build structures and institutions that foster their health.

While the work we are doing is hard, there are amazing joys involved in it. The Recupera Chile team is meeting the community residents and learning from them how they want their newly recovered towns to be.  So far, we have helped fishermen get back to fishing, farmers get new seeds and soil, restaurant owners and artisans prepare for the onslaught of tourists. We have struggled with the planning around adobe restoration and we have worked with women’s sewing circles. On this trip we may buy some cows and if all goes well, start the planning for a much needed day care center.

Work like this is one of the treasures of being at Harvard, where, as President Lowell once noted, “true education should extend outside the classroom, and into the world beyond.” It’s a privilege to be part of that.

A happy and rewarding summer to you all,