(This is the fourth installment in a continuing series taken from the unpublished notes of filmmaker Pare Lorentz. For the introduction to these articles, click HERE.) 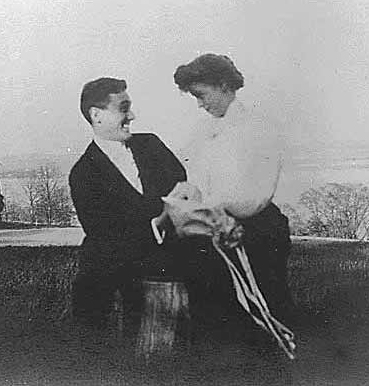 LB doesn’t know when ER first became important to FDR. Nor does he know what qualities in her first attracted FDR. ER was not a belle-of-the-ball type, but LB remembers her as the sort of person who would never let anybody down. He himself was impressed by her philosophy, her standards of conduct, speech, behavior, manners etc. plus her great personal integrity.

Years later LB asked ER how she had developed her own particular philosophy and to what did it lead? He was surprised when she said she didn’t know she had one, that she was always motivated by something that needed doing at a particular moment.

LB learned of the engagement when FDR sent him a note saying he was engaged to his seventh cousin and was very thrilled about it. LB and FDR lived only two blocks apart at the time and saw each other frequently, but writing letters – particularly about important things – was much more customary in those days than it is now. LB remembers being very pleased and telling FDR so.

On the Caribbean Cruise

LB remembers the Caribbean cruise as a superb experience, but he did not know that it was Mrs. Roosevelt’s attempt to separate FDR and ER. Nor does he think that FDR knew it, either. LB feels that FDR would have discussed the situation with him if there had been any sort of family row about it.

LB says both he and FDR had a fine time on the cruise. They were young, they had no responsibilities, life was all ahead of them and it was all good. They went from island to island, enjoying the shore excursions, and spent many evening playing cards in the smoking room instead of politely sitting with Mrs. Roosevelt on deck or in the salon. FDR was enthusiastic about everything he did, including playing poker. He over bet his hands at first, but usually slowed down.

The trip finished off with a visit to Cuba. LB remembers that the day was very hot and he spent it driving around with Mrs. Roosevelt, but FDR wanted to see San Juan Hill and did. He was interested in seeing where the battle had been fought and so, mostly likely with other shipboard acquaintances, he hired a horse and went to see for himself.

A TR campaign button from the Harvard University Archives

LB remembers Teddy came to visit Groton perhaps twice when he and FDR were there. He usually gave an informal talk on hunting or some such topic. The Spanish-American war had made him into a hero and he was the sort of man who would have appealed to any boy, what with his hat and spurs and boots.

LB feels sure Teddy had a very real influence on FDR – not in the technical sense of political legislation, but as an inspiration to take part in what was going on and to see that the decent thing was done. His was a philosophy of action – get in there and do something – and this had an effect on FDR.

When FDR was at Harvard, TR was president. Presumably the state of the union was good, everything was going on all right and there was little identification in college with national and political affairs. There was no need, says LB, for a kid in college to take sides.

LB feels FDR never lost his respect for TR. When FDR grew up politically, he disagreed with some of the things TR did and his way of doing them, but it did not affect his feeling for TR as a man.

TR gave Eleanor away at the wedding. It’s true TR, FDR and LB were chatting away in the vestry room, but LB doubts that they were talking about Groton. Usually, it was TR who picked the subject and did the talking, but he never had any trouble holding his audience. 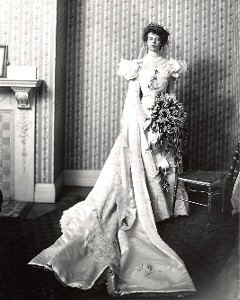 As for TR’s monopolizing the wedding reception, LB doesn’t recall that it was that pronounced. He points out that most of the guests were of an older generation than the bride and groom, that once the ceremony had taken place, they had every reason to congregate around TR, who was then extremely popular with his own people. This was before they began to hate him. And certainly FDR and Eleanor, like every other bride and groom, were perfectly willing to stop being the center of attention.

Regarding FDR’s reaction to TR’s attempt to go overseas during World War I, LB says they never discussed it.

From 1905-1910, FDR was busy studying law at Columbia, being a law clerk and raising a family. He was still feeling his way around as far as his profession was concerned. The kind of law practices by the firm with which he was associated (Carter, Kilburn, etc.) was not the kind of thing that would interest him for long; it didn’t concern itself sufficiently with people. True, he was learning what made the wheels go round, but it was from the corporate angle – not from the point of view of the lady garment worker or the resident of one of New York’s firetraps.

His election to the State Senate in 1910 provided him with more human problems. He was kept busy in Albany and Hyde Park looking after his political fences. LB recalled one scrappy fight, wherein Tammany’s undisputed control of the State Legislature was broken up – with FDR on the winning side.

Washington During the Wilson Administration

LB was in Washington as Representative when FDR was there as Assistant Secretary of the Navy. LB as representative outranked FDR. On one occasion when Josephus Daniels was out of town and FDR was Acting Secretary of the Navy, FDR joshingly expected his new status to be recognized. There was to be a White House dinner and FDR was sure his temporary cabinet rank would result in his being seated next to an Ambassadress, at least. 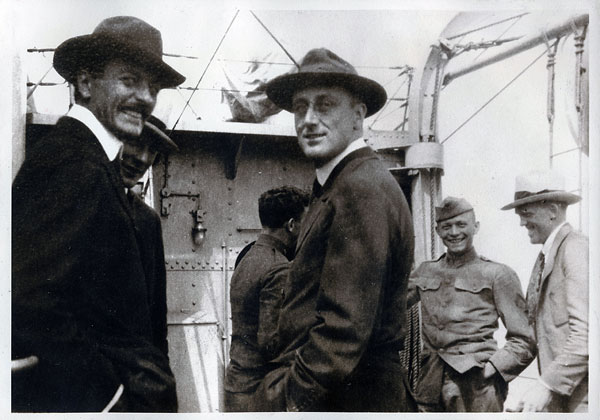 LB and FDR aboard a destroyer, watching a sail boat race in Long Island Sound, about 1914. This photograph, discovered among the family papers of Pam and Elmer Grossman, was previously unknown; a copy will be deposited with the FDR Library.

Instead, he found Mrs. Brown next to him at table. She thought it was very funny and told him so. He evened up the score by insisting that what they were being served was not terrapin, but rat. It amused him to select those bones that were most rat-like in structure and point out the similarities to Mrs. Brown. He did such a good job that she was unable to eat her dinner.

The point should be made that FDR was sufficiently human, boyish and buoyant to want to be at the top of things, but that is was essentially a humorous situation and FDR enjoyed it as such.

FDR had and immense interest in political organization. He did not make a study of political philosophies from their beginnings, but he read a great deal on political economy. Because of his interest in political organization as such, during this Washington period he arranged to get proxies from national committeemen unable to attend meetings being held in Washington and to attend in their place. He liked to see and know what was going on and think out in his own mind how the situation could be bettered.

FDR and LB were very social during this Washington period, entertaining and being entertained constantly. They seemed to feel it was necessary to se as many people as they could. Their social circle centered on the Navy Department, but spread out to include other aspects of Washington social and political life.

Again, regarding FDR’s social consciousness, LB points out this was a period of change in emphasis in the United States. The Republicans had been having their innings for a long time and the people were tired of their methods and philosophies. Almost every in Wilson’s Cabinet had a sense of change and was in sympathy with it, Roosevelt among them.

In the Baltimore democratic convention of 1912, FDR didn’t amount to much. He was still pretty young in politics at the time. The convention of 1916 was not important, but the San Francisco convention in 1920 was a rip-roaring contest between William McAdoo and James Cox 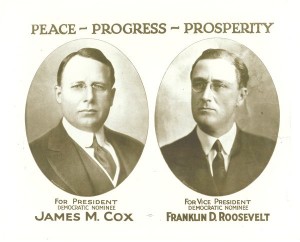 LB recalls a situation wherein FDR, then being mentioned as a possible candidate for the vice-presidential nomination, asked LB’s support and assistance. Prior commitments prevented LB’s working for FDR’s candidacy at that point of the convention. FDR demonstrated his usual good sportsmanship. If LB had given his word, that was that.

FDR received the vice-presidential nomination, of course. He was 38 at the time. He and LB had traveled west together and had shared a hotel room in San Francisco. On the way east, FDR, as vice-presidential candidate, now rated the lower berth.

The campaign tour developed FDR into a nation figure. He had undoubtedly been West before as Assistant Secretary of the Navy, but now his role was different. He came in contact with all kinds of people and all kinds of problems on a national scale. He enjoyed campaigning and it was another experience which broadened him.