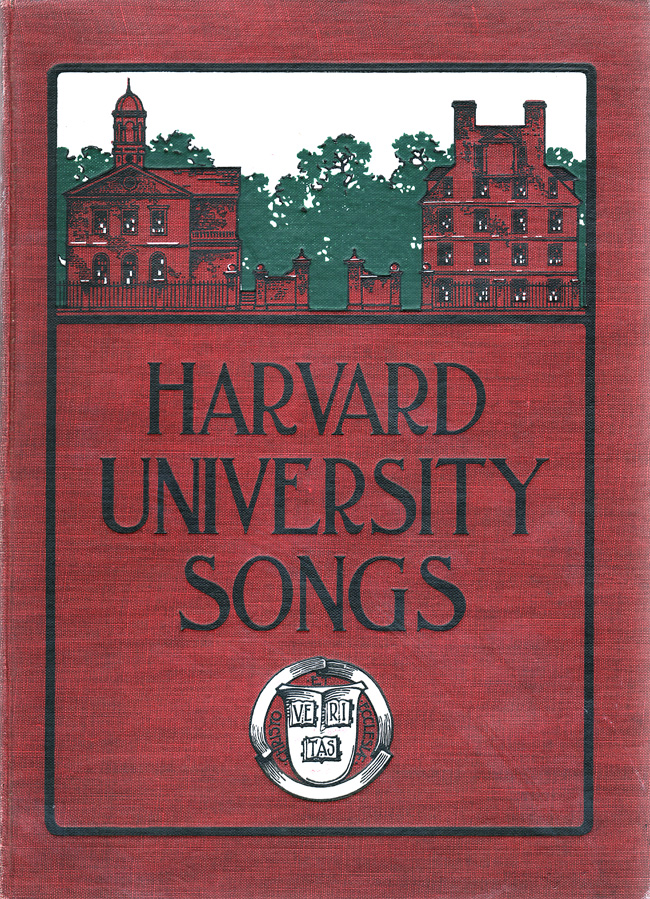 One of the things that amazes me most about this project is that every now and then, a piece of the puzzle drops mysteriously from the sky, as if by preordained writ. I noted in a previous post how a strange and unlikely attraction to a tiny spot in Big Sur led me to Lathrop Brown’s descendants in the persons of Pam and Elmer Grossman, and how since then, so many aspects of Lathrop’s life, previously almost a perfect void, have now come together, including the wonderful family photo archives Dan L’Engle Davis shared with us last month. Thanks to these folks, Lathrop’s room will be as replete with personal memorabilia as Franklin’s (there thanks to the FDR Library), just as if ol’ “Lapes” had left the Suite moments before.

Last week another fascinating bit of FDR history descended from the heavens, this time from a far more prosaic source: EBay. As is my occasional wont, I was scanning one day for period Harvard memorabilia, and I noticed a little tome entitled Harvard University Songs. It had a delightful cover, and I was intrigued. There was very little detail supplied, except that it was an illustrated songbook, and that the publication date was 1902 – right in our range. So without giving it much thought, I bid on the item, maximum price, $20, thinking it might make an interesting addition to the period music already in our collection. It was mine later that day for a grand total of $18.12, including shipping.

The book arrived today, and turned out to be a small treasure.

True to description, it was a charmingly illustrated volume, much akin to the caricature book of Harvard Personalities I discovered earlier this year (also on EBay, and the subject of a future post). Even more appropriately, the drawings were done by FDR classmate (and fellow Newell Junior Crew Member freshman year) S.A. Welldon ’04, and dedicated, interestingly, to the Harvard Union. (The Union’s appeal is hard for us to appreciate today, but in 1902, it was hugely important in Harvard student life.)  All very intriguing. But what really got me going was the short introduction:

The compiler has tried to make a collection of the songs that are actually sung at Harvard, by the Glee Club, by the crowds at football games, and by the undergraduates and graduates. Many of the songs and versions of songs have been passed down to the present classes by ear alone, and are printed here for the first time.

Think about it: what sits beside me on my desk as I write is a veritable miniature window back in time, capturing from that pre-recording age, the actual songs, and versions of songs, that FDR knew and sang at Harvard, exactly as he sang them. (And sang our president-resident did: the reason we have a piano in the Suite is that FDR and Lathrop both belonged to the Freshman Glee Club.) And these songs were sung not only by the class of 1904, but by generations of Harvardians before them. You can tell by just reading the melody and lyrics that some of these songs are truly old: 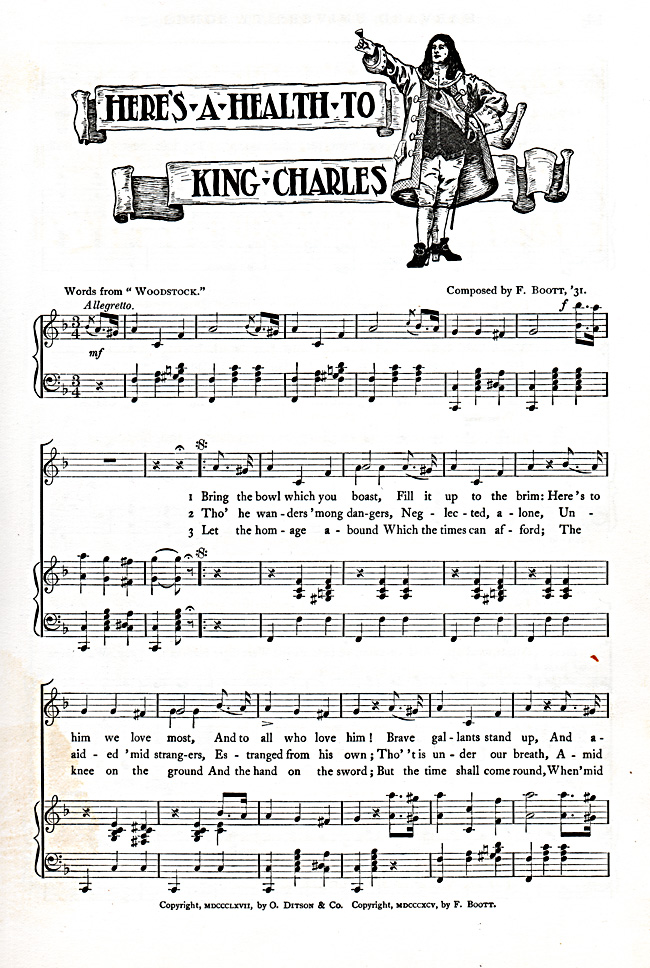 Now I can’t claim this volume as a first-ever discovery; once I had this dear little book in my hands and realized what exactly it was, I soon able to backtrack and find another copy buried away in the Harvard University archives, and later, was even able to track down a scanned version of the entire book (at UCLA Berkeley, of all places. You can, and should, view it here). But what fascinates me, and what I hope fascinates you, is the FDR Project’s unique ability to pluck otherwise dead and dry material like this thin neglected volume and place it once again in a living, breathing historical context of immense interest to scholars and historians worldwide, so that you and I and they,  – and eventually, hopefully, everyone with a computer through the virtual museum we’re planning – can hop-skip an entire century, and for a brief instant, experience what it was like to be alive at Harvard with FDR in his sophomore year. It’s one thing for me to simply tell you that FDR and Lathrop sat in Morris chairs and sang some ditty called “The Winter Song” over a glass of Piper with chums by the fire: it’s entirely another for me to give you the opportunity to sink into the soft cushions of those very same chairs, feel the heat of that same crackling fire, hand you a glass of sibilant bubbly, and teach you to sing this almost forgotten song in precisely the manner,  in precisely the same spot, on precisely the same instrument as FDR heard it eleven decades ago.

Time travel is what this is, really – rudimentary perhaps, but time travel none-the-less, and frankly, it’s enthralling.

What’s next from the heavens? I know not, but surely something. For the moment, we’ll just take our cue from another FDR contemporary, and head towards “the second star to the right and straight on ’til morning…”

Thanks to all you who’ve made this incredible journey possible. We continue to welcome, and need, your support.