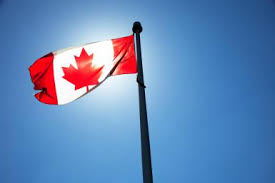 Hosted by Canadian student organizations at Harvard University (invitation only)
Date: Tuesday, September 27, 2016
Time: 5-7pm
Location: Coolidge Room (Randolph Hall, Adams House), 53 Bow St, Cambridge
The Consul General will give welcoming remarks on Canada-US relations, the Boston consulate’s activities, and engaging with the Canadian community in New England. We will have the rest of the time to meet fellow Canadians and our friends, undergraduate and graduate, across Harvard University.
Light refreshments and snacks will be served.

The FDR Foundation Outside the Ivory Tower:
Aiding Information Professionals in Finland

Disinformation is dangerous. In the United States we’ve seen disinformation campaigns denying the dangers of smoking and the existence of climate change. We’ve seen popular, utterly false narratives circulate about the measles vaccine causing autism and the federal government establishing “Obamacare” “death panels.” There are real consequences to disinformation: it can affect policy decisions, distract or disgruntle the electorate, even alter the outcome of elections.

Generally, “disinformation” refers to distributing information that one knows is false. “Propaganda” is an older term that used to mean “propagation of the truth” but lost positive connotations, especially after WWII. Disinformation could be part of a propaganda or “public diplomacy” campaign but is generally a more specific term.

Globally, the past couple of years have seen an increase in systematic disinformation campaigns worldwide. Finns, along with citizens of many if not most countries, are targets of disinformation campaigns. That’s why, in January 2016, the Finnish government partnered with the FDR Foundation to educate more than 100 officials from 20+ ministries and departments in responding to foreign “Information & Influence.”